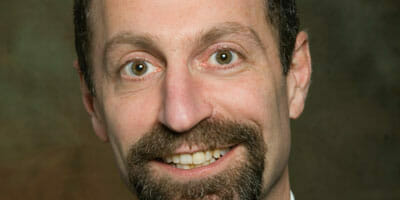 Allocations to alternative investments of the largest seven pension markets globally (P7) have increased by 15 per cent over the past 16 years, according to Towers Watson.

While alternatives have increased as part of this diversification trend, in part he says, the increase has also been due to “packaging and mainstreaming” of the products.

The average asset allocation to alternatives has increased from 5 to 20 per cent from 2005 to 2011, with a corresponding reduction in equities, bonds and cash.

According to the Towers Watson Global Pension Asset Study, the aggregate P7 asset allocation at 2011 was 41 per cent equities, 37 per cent bonds, 20 per cent alternatives and 2 per cent cash.

This contrasts with the 1995 allocation of 49 per cent equities, 40 per cent bonds, 5 per cent alternatives and 6 per cent cash.

In particular the allocation to equities in the UK has dramatically fallen, from 67 to 45 per cent over the past 10 years.

Hess says he believes equities across the globe remain high, and “questions whether bond allocations could be up a bit more”.

“Many funds will be de-risking in the next 10 years,” he says.

Another investment trend has been a reduced home bias in equities, with the weight of domestic equities in pension equity portfolios falling on average from 64.7 per cent in 1998 to 48.1 per cent.

The US still invests the least in overseas equity markets, and Canada has the lowest level of home bias.

In the past 10 years defined contribution assets of the largest seven pension markets has grown from 38.3 to 43.1 per cent.

Towers Watson’s annual study shows that assets of the 13 largest pension markets accounted for $27.509 trillion, representing a 3.9 per cent rise from the year before.

The largest pension markets are the US (58.5 per cent of the total pension assets in the study), Japan (12.2 per cent), UK (8.7 per cent), followed by Canada, Australia, the Netherlands and Switzerland.

Australia has had the highest growth rate in the past 10 years, followed by South Africa, Brazil and Hong Kong.

Hess says that the global ageing phenomenon will be a key theme for all pension market in the next 20 years.

“That demographic, and the fact they are more conservative with money, will impact markets in the next 20 years.”