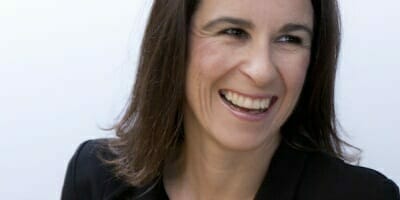 The remuneration of pension fund investment executives is a sticking point in the industry.

To compete with the open market, attract and retain a certain calibre of executive, and compensate them for the peculiarities of being a fiduciary, there is a certain minimum required. At the same time this has to be balanced with communication to beneficiaries, governments and other stakeholders about what is fair, often within tight budget constraints.

Communicating what is value for money, and developing appropriate pay structures as part of this measurement is a challenge.

The ranking of performance per pay of a CIO as measured by Skorina (see the article Do you get what you pay for?) seems crude. It doesn’t consider the working environment, benchmarks, constraints and governance, or responsibilities such as reporting, staff training and motivation, technology oversight and strategic thinking.

Charles Skorina argues none of that matters; that institutions are paying their CIOs to generate a return, and so they can be measured against that return.

To some extent that is true, but life isn’t that simple. At least Skorina is bring the idea of accountability for salary to the fore, and perhaps it is a starting point.

One of the issues the industry is grappling with is an appropriate pay structure.

The 2011 Mercer Financial Services Executive Remuneration Survey in the UK shows across that sector that pay continues to move away from short-term incentives.

Mercer reveals that from 2008 to 2010, base pay for senior positions in this sector rose from 25 to 34 per cent, at the same time, the proportion of long-term incentives at the chief executive level increased from 36 to 46 per cent, with annual bonuses dropping from 39 to 23 per cent.

In the pension industry there is no formula for success, however a number of funds have spent, and are spending an increasing amount of time on this issue and developing their own ideas of performance benchmarking and appropriate compensation.

CalPERS has a performance and compensation committee, and has an elaborate measurement system for its executive pay structure.

The chief investment officer is measured against a variety of short and long-term, investment and organisational, issues. (CalPERS CIO pay structure)

Keith Ambachtsheer’s paper – How should pension funds pay their own people – provides a case study of CPPIB.

More widely Ambachtsheer identifies executive remuneration as one of five critical pieces of the puzzle if a pension fund is to satisfy its tasks of investing productively, administering efficiently and advising wisely.

To do these well, he says, requires aligned interests with stakeholders, good governance, sensible investment beliefs, effective use of scale, and competitive compensation.