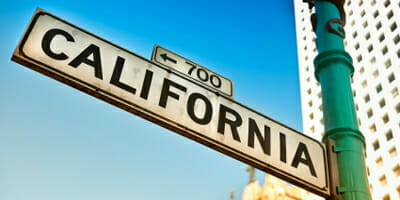 While Virginia is the latest US state to announce an overhaul of its public pension system, a report into California’s pension reform plans says it does little to address CalSTRS’ $56 billion of underfunded liabilities and that some proposals may be unconstitutional.

But Sisney urges law makers to focus on reforming the pension arrangements for future public employees because of doubts surrounding the legality of changing current employees’ retirement packages.

Sisney says that the reforms fail to deal with CalSTRS underfunded liabilities, which he says represents “one of the most difficult long-term challenges facing California”.

LAO estimates that at least $4 billion a year for the next 30 years would be needed to pay the liabilities already accrued, but not funded, for current and past employees.

Sisney notes that this annual drag on the state’s finances could be exacerbated if CalSTRS fails to meet its annual return targets.

CalSTRS has an assumed actuarial return target of 7.75 per cent per annum.

If nothing is done to address the funding shortfall, the fund will be depleted by the early 2040s, CalSTRS spokesman Richardo Duran says.

Duran says that investments will not be enough to turn around this funding shortfall.

“The truth of the matter is that we cannot invest our way to financial heath,” Duran says.

“It will take a commitment of the plan sponsor, the State of California, to develop a funding strategy that includes realistic investment assumptions and performance with a gradual, predictable and fair funding plan.”

CalSTRS has been communicating this to the Governor and the Legislature since 2006 because the CalSTRS board cannot, under the law, change the fund’s contribution rates, Duran says.

“CalSTRS has and continues to stand ready to assist them with the data they need, and to run the scenarios they require, to put in place a long-term funding plan,” Duran says.

The LAO report cites a number of legal precedents that would cast doubt on Governor Brown’s plans to change elements of existing employees’ pension arrangements.

“The state probably will need to increase contributions to CalSTRS in the coming years and maintain those contributions for several decades until existing underfunded liabilities are retired,” Sisney says in the report.

Governor Brown’s plan examines trying to wind back generous public pension arrangements for existing employees, including requiring all current and future employees to contribute at least half of the normal cost of their pension benefits.

“Our reading of California’s pension case law is that it will be very difficult – perhaps impossible – for the legislature, local governments, or voters to mandate such changes for many current public workers or retirees,” Sisney says in the report.

The report advocates future employees sharing the investment risk in a hybrid scheme and aligning public pension benefits more closely with those in the private sector.

It notes that the number of retirees in CaLPERS and CalSTRS retiring on more than $100,000 a year has grown in recent years, and the Governor’s plan proposes to cap retirement benefits for this small but increasing number of workers.

The growing concerns across America about how fiscally challenged states will meet their public pension liabilities is picking up pace, with Virginia governor Bob McDonnell the latest governor to announce a package of cost cutting measures.

The reforms will save the system $5.8 billion in the next 21 years, Governor McDonnell says.

According to the state’s Joint Legislative Audit and Review Commission (JLARC) the gap between the Virginia State Retirements’ liabilities and assets increased 69 per cent from $11.8 billion to $19.9 billion between 2009 and 2011.

As of June 30 this year, the pension system covering state employees was 70 per cent funded, with teachers faring even worse, with their funding levels as low as 66 per cent.

The JLARC also raised the possibility that the funding situation could get worse, with a danger the plans could be less than two thirds funded by 2013.

“The fact is, if we don’t have the courage to act today, their [state employees and teachers] retirements are in jeopardy tomorrow,” Governor McDonnell says.

“We have kicked the can down the road again and again, but I am determined to make the difficult decisions that will ensure the long-term solvency of our retirement system.”

The hybrid plan allows new employees to stay on a defined benefit plan but one where the benefit multiplier is reduced from 1.6 per cent to 1 per cent, therefore, reducing the final guaranteed benefit paid.

McDonnell’s plan also cuts the multiplier for state employees from 1.7 per cent to 1.6 per cent.

Member contributions will also be increased from the current 5 per cent to 6 per cent, phased in over two years.

This will be offset by a proposed 3 per cent performance bonus slated for 2013.

Current and future employees will also have cost of living adjustments (COLA) increases capped at a maximum of 3 per cent.

Governor McDonnell proposes changing the way final pension benefits are calculated with the average salary over a 60-month period used for many public employees instead of the previous 36-month timeframe.