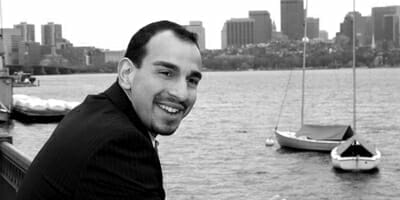 The paper, by Robert Eccles and George Serafeim of Harvard Business School and Ioannis Ioannou of the London Business School, found that high-sustainability companies have a number of characteristics that contribute to their long-term performance.

Ioannou says that a culture of sustainability within an organisation leads to a fundamentally distinct corporation, with developed transparency and accountability processes that have implications for performance.

The corresponding estimates for the low-sustainability group were 1.72 and 1.79 per cent on value-weighted and equal weighted bases, respectively.

Both the low- and high-sustainability firms were more likely to exhibit abnormal performance compared to the market as a result of their having survived and operated throughout the 1990s and 2000s.

The paper found that sustainable firms are fundamentally different from their traditional counterparts when it comes to governance structures, stakeholder engagement, the extent of long-term orientation in corporate communications and investor base, and the measurement and disclosure of non-financial information and metrics.

“Sustainable organisation is not just about these high sustainability activities; it is a type of organisation – it is in the DNA of an organisation,” Ioannou says.

“It goes from governance, to stakeholder engagement, to external communications, the way you speak to an analyst, the way you use financial and non-financial data, even to the auditing procedures. It is a multi-dimensional construct that differentiates the high- and the low-sustainability organisations.”

The research also shows that high-sustainability factors, rather than just being an additional cost or just a risk mitigation strategy, benefit a corporation’s bottom line.

For investors, the research suggests they could have taken advantage of relative outperformance of these high-sustainability companies relative to the low-sustainability or traditional companies.

This variation in corporate performance was evident both in terms of stock market and accounting performance.

The paper found that if $1 had been invested in 1993 in a value-weighted or an equal-weighted portfolio of sustainable firms it would have grown to $22.60 or $14.30, respectively, by the end of 2010, based on market prices.

In contrast, investing $1 over the same time period in a value-weighted and equal-weighted portfolio of traditional firms would have grown to $15.40 and $11.70 respectively.

“Because we had the luxury of looking back over 20 years since the 1990s to 2010 we can make that argument that sustainability and shareholder value are actually not mutually exclusive but, quite the reverse, they work in synergistic ways – and that is exactly why the firms outperform,” Ioannou says.

Ioannou says that the researchers typically found that it took about four years until companies started to gain some of the return benefits from instigating better sustainability practices.

The research uses a number of sources of information on companies, including publically-available reports and also the recorded conference calls of analysts.

Researchers used word recognition to measure how often company representatives discussed such things as long-term and non-financial aspects of the business.

The paper benefits from the different perspective each of the three researchers brings.

Eccles is an expert in organisational behaviour, Serafeim specialises in accounting and Ioannou focuses on economic strategy.

The three academics are also considering extending their research to look at a range of issues, including a study of various institutions across countries and how they drive sustainability, as well as how organisations decide on incentives and metrics for measuring non-financial factors.

To read the paper, The Impact of a Corporate Culture of Sustainability on Corporate Behavior and Performance, click here.