Home>Featured Story>Active, in-house and sustainability: The driving factors at AP3 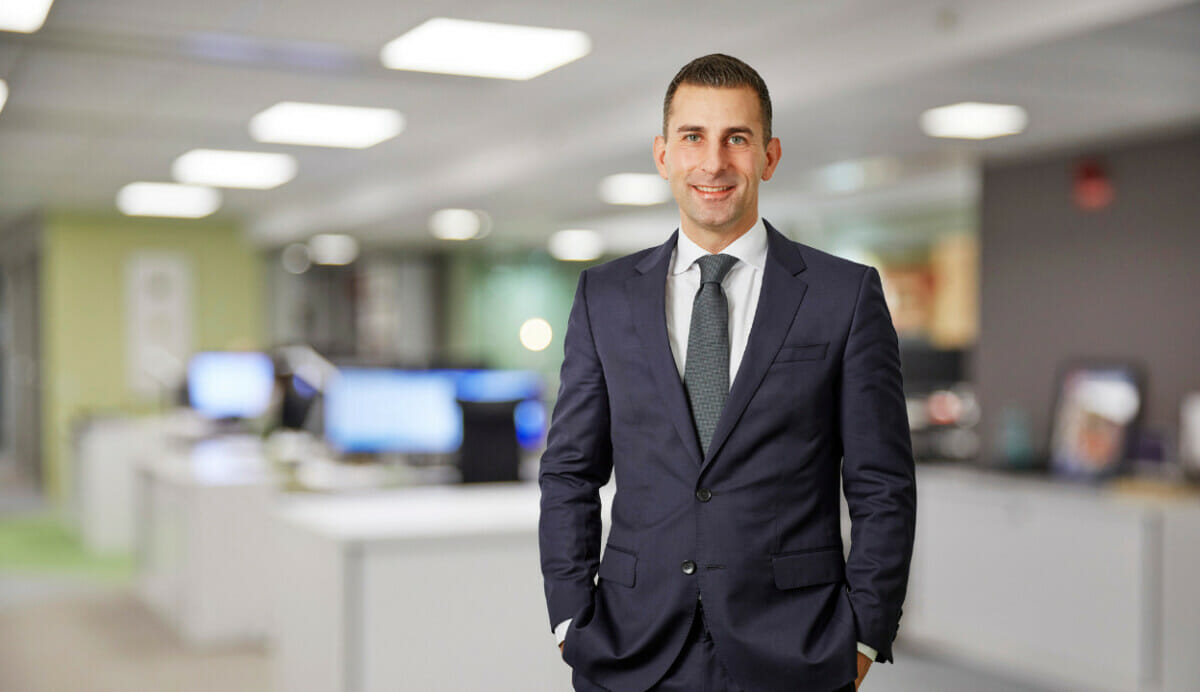 One of the many challenges inherent in today’s unpredictable financial markets is holding a defensive position that is also nimble enough to benefit from sharp movements in equities, bonds, and currencies like those witnessed at various points last year.

With this in mind, Pablo Bernengo, CIO of AP3, the SEK464.9 billion ($45.6 billion) Swedish buffer fund, currently oversees a lower-than-normal equity allocation –  42.1 per cent of total AUM at the end of June 2022. The cautious strategy is also manifest in tilts to defensive sectors and quality factors within equities, whilst in fixed income, the fund has begun to shift to longer duration assets after positioning for rising interest rates for most of last year.

The belief is that inflation (which he says is waning but still far from beaten) and recession will continue to impact economic health and markets.

“The current market regime is not a good one for risk assets, but from time to time we have rallies that we need to use for the good of the portfolio, so we do need to be nimble,” he says.

AP3’s ability to actively navigate and benefit from volatile markets is rooted in a reform process undertaken by Bernengo when he joined as CIO in 2019. It involved restructuring the portfolio by replacing decade-old, separate alpha and beta allocations with a traditional asset class structure and appointing new asset class heads.

“We have undergone a lot of changes in both the way we view the portfolio and the organization,” he says.

One driver of the reform process was AP3’s portfolio managers requesting bigger investment teams and a better platform via which to share ideas and discuss asset class-specific strategies.

“Teams were a bit siloed and fragmented, and we wanted a better platform to lever our capability,” he recalls. “We wanted to work as an entire organization, and in larger rather than smaller teams, with common goals and purposes. The world is complex, and this was an effort to simplify it as much as we can by making things transparent, both for internal and external purposes.”

Above all, the restructuring made it easier to understand the investment process, particularly around risk.

“Risk analysis of the entire portfolio was somewhat complicated by the old portfolio structure and organization, and we wanted to remedy that,” he says.

The reform process also involved bringing more active equity management in-house so that the internal/external split is now 60:40 in favour of internal management – the reverse of when he joined – although allocations like small caps and emerging markets where AP3 doesn’t have the expertise remain outsourced.

Alongside the realisation that AP3’s internal team were more than capable of running the allocations themselves, other factors drove the inhouse strategy. It has lowered costs (expenses in relation to fund capital amounted to 0.08 per cent in 2021) and has also allowed the fund to increase the active risk it needs to meet a return hurdle of 3.5 per cent over time.

Around three quarters of the whole portfolio is now managed in house by a team of around 30.

Bringing assets in-house to get a better handle on active risk also fits with Bernengo’s ambition to accelerate sustainable integration across the portfolio and take greater control of AP3’s sustainable investment process. The new structure and organization has become a central pillar to sustainability strategy, he says.

“Active risk and sustainability go hand in hand. Sustainability is really the biggest thing occupying my mind and it should be the case for every other asset owner. There should be a sense of urgency in the ESG space of which climate is the most acute.”

Sustainability strategy has been taken out from under a team that also looked at macro issues relating to the entire portfolio and put in a standalone division tasked with taking sustainability to “the next level.” The focus is on supporting the equity team, fixed income, and alternative portfolio managers to achieve sustainability in the different asset classes, he says.

Integration has been easier in some allocations than others. For example, Bernengo notes particular success in real estate (AP3’s largest alternatives allocation) where the fund’s ownership stakes in successful property companies allow it to control strategic direction. Like Vasakronan, Sweden’s largest real estate company, which owns, develops and manages commercial real estate throughout the country and is owned by AP3 in partnership with sister funds AP1, AP2 and AP4.

Going forward, Bernengo says the sustainability strategy will increasingly focus on corporate engagement. Here his aim is to sift through the multiple initiatives and layers that tend to complicate engagement to focus on a hands-on approach and AP3’s core rationale: to reduce emissions.

“The problem is not that hard to grasp,” he says. Some of the companies in the portfolio have a large carbon footprint, and the fund is now mapping these companies and engaging with them.

“We don’t want to get to net zero by selling our brown assets because if we sell them, we achieve nothing on the ground,” he says.

The listed equity portfolio contains around 1,600 companies and ownership varies from small stakes in large foreign companies to significant stakes in smaller Swedish companies. In foreign companies, engagement usually involves collaboration in the Council on Ethics of the Swedish AP funds and with other institutional investors. When it comes to Swedish companies, AP3 is more active via dialogue and voting. In 2021, the fund voted at almost 1,200 general meetings, including 160 Swedish annual general meetings.

The biggest challenge is where to best focus AP3’s limited resources, concludes Bernengo. The fund’s advanced, active management is already resource-intensive, and engagement involves extensive work although data is making it easier.

“We are expected to do a lot, but our resources are not unlimited. There are so many things that need to be done,” he says. “We are capable, but we are not a large organization.” The solution, he says, is to “keep focused on areas where we can make a difference both for the good of our portfolio and society at large.”

A spotlight on hedge funds