Home>Asset Allocation>Crypto not suitable for fiduciaries, but opportunities in underlying tech 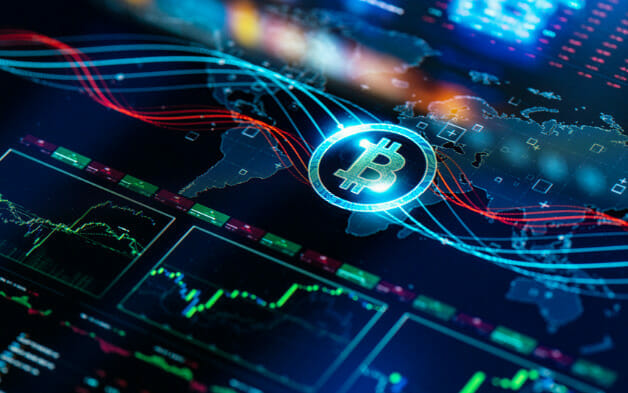 Cryptocurrencies do not live up to the investment hype and offer nothing but enormous volatility to institutional portfolios, according to PGIM’s mega-trend research team.

Cryptocurrencies “have no place in an institutional portfolio,” but investors should be on the lookout for the emergence of collateral technologies that will be critical to the distributed ledger ecosystem, according to award-winning macro economist Shehriyar Antia.

While it is too early to tell exactly what role distributed ledger technology will play in the future, it will rely on a range of supporting technologies if it does truly change the world, in the same way the internet revolution was enabled by things like Wi-Fi and mobile phones, Antia said.

Antia is the head of thematic research at PGIM, the investment management business of American life insurance company Prudential Financial. Speaking with Julia Newbould, managing editor at Conexus Financial, on the Insights for Outcomes podcast, Antia said PGIM’s megatrend research team was drawn to the phenomenal growth of crypto assets, with close to 20,000 different crypto tokens and crypto currencies, and enormous valuations bringing the crypto market to around $3 trillion at its peak last year.

Institutional clients were asking how suitable cryptocurrencies were for fiduciary investors, and whether they would bring anything new to their portfolios, Antia said. Was it an inflation hedge? Did it offer returns uncorrelated to other asset classes, or strong risk-adjusted returns?

Being detached from governments, financial markets and central banks, these assets may indeed offer some unique investment traits, Antia said, so his group set out to “cut through the hype,” concluding ultimately that they had little to offer.

“We looked at all of Bitcoin’s, 13-year history and we found very little evidence that cryptocurrencies had any enduring investment superpowers,” Antia said. “It simply does not live up to the investment hype.”

A good example is Bitcoin plummeting more than 60 per cent this year despite inflation soaring around the world, Antia said, destroying its credentials as an inflation hedge. And when markets around the world crashed in parallel during the onset of Covid-19 in early 2020, Bitcoin and Ether fell even more sharply than equities, commodities and fixed income.

“One big conclusion from our research was that cryptocurrencies have no place in an institutional portfolio, and this is just as true at $60,000 back last year as it is today with Bitcoin at close to $20,000,” Antia said. “Bitcoin’s only extraordinary superpower…is to add to portfolio volatility in really big seismic waves.”

But while highly critical of cryptocurrencies, PGIM’s research did find strong potential in the underlying distributed ledger technology and the real world applications that come out of it, although “it’s probably a bit too early to tell right now exactly what those would be.”

Likening distributed ledger technology today to the early days of the internet in the late 1990s with enormous excitement around Netscape, Hotmail accounts and askjeeves.com, Antia said the internet “proved to be a transformative force that genuinely changed the world [but] it was not these first manifestations that did it.”

Collateral technology like Wi-Fi, mobile phones, standardised internet protocols and others played crucial roles, and it took the world at least a decade to figure out “what exactly to do with the internet.”

Such collateral technology for investors to seek out could be infrastructure supporting the ecosystem and solving major challenges such as interoperability–that is, one blockchain speaking to another–or fraud prevention mechanisms that may have a first-mover advantage as central bank digital currencies emerge.

But currently it remains unclear what the technology landscape will look like, and how it will be monetised, Antia said.

As it stands, cryptocurrencies are “not very good currencies,” Antia said, as they fall short of meeting the three basic functional requirements for a currency. They are not a reliable store of value, they are rarely used as a medium of exchange, and they are not a unit of account as very few real world goods and services are priced in cryptocurrencies.

Some investors will no doubt argue Bitcoin will regain its value to reach new heights as it did after last year’s crash of more than 50 per cent, Antia said, rejecting this as “hogwash”. This time the drawdown has wiped out critical infrastructure including multiple exchanges and crypto lenders, severely damaging investor sentiment and revealing “some of the hidden fragilities and vulnerabilities in the broad ecosystem [and] there are likely more,” Antia said.

Bitcoin is also “really slow,” Antia said, processing about “seven transactions per second compared to the five or six thousand per second of the Visa network.” From an ESG perspective it is highly problematic as well. One Bitcoin transaction has a similar carbon footprint as almost two million Visa transactions, he said, with the Bitcoin blockchain alone using as much electricity annually as the entire nation of Thailand.

Being trustless and decentralised, cryptocurrencies have uses for nefarious actors in evading sanctions and taxes. This lack of transparency poses issues for authorities around money-laundering, and presents red-flags for ESG-minded investors as well.