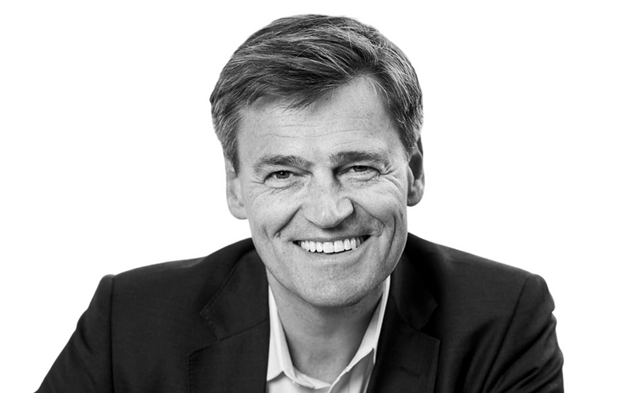 Assessing the credibility of carbon transition targets is multi-dimensional and complex. Investors should be wary of pitfalls such as being “too ambitious on [carbon] metrics” in their portfolios to the detriment of helping to change the real world by engaging with high emitters, said Carsten Stendevad, the co-chief investment officer for sustainability at Bridgewater Associates.

“Too much focus on your own portfolio and not enough focus on the real world in terms of your goal setting is very dangerous,” said Stendevad, in a discussion about investors’ role in the transition to a low carbon economy at Conexus Financial’s Sustainability in Practice Forum at Harvard University.

Industries such as metals and mining are unsustainable in their current practices and critical to emissions reduction as they produce the zinc and copper that are needed in solar panels and electric vehicles, he said, in conversation with Amanda White, director of institutional content at Conexus Financial.

Investors need to look at the impact and potential future impact of the carbon transition on individual companies or countries, not just to figure out the potential risk to their portfolios but also with the aim of proactively deploying capital in a way that is financing the transition, Stendevad said.

Pinpointing these pain points is relevant because these industries are susceptible to policy shocks and direct environmental shocks. They are also the companies that will need the most financing to change.

Problematically, when looking at the science-based targets that companies have announced, total emissions aren’t moving much in his projections because most of the companies with ambitious targets tend to be in industries outside of those mentioned above.

“It’s wonderful if a pharma company reaches net zero…but it’s not the most critical thing for the world in terms of reaching net zero,” Stendevad said.

Most critical, is action from the top 500 emitters, “who by-and-large don’t really have concrete plans,” Stendevad said.

Investors can look at three types of companies that are part of the solution, which he labelled broadly as leaders, enablers and improvers.

‘Leaders’ are not part of the problem, and may have either been “born emissions light” or have made a successful transition. ‘Enablers’ are companies that are critical for other companies making the transition, such as green technology companies and others providing solutions to aid in the transition.

But it is the ‘improvers’ that Bridgewater is particularly focussed on, as they are entities that currently are not sustainable. A key question is whether they are on a forward-looking path to becoming sustainable. Many of the companies in this category will not actually turn out to be improvers, he said.

“This group of companies is very tricky because…you can’t just sit back and assume that everyone is going to figure it out,” Stendevad said.

The challenge for asset owners is credibly identifying those that will turn out to be improvers. Investors also must deal with the potential impact to their own image and carbon metrics by getting involved with these companies which “don’t look good today.”

“So it requires you to lean in to companies that are unsustainable today,” Stendevad said. “It may even hurt your portfolio metrics, carbon metrics and others, but if you care about real-world outcomes, they’re the most important ones for the transition.”

This leads to the pitfall of “being almost too ambitious on metrics, like in my portfolio I want to have a perfect emissions metric by next year.”

An ongoing research effort by Bridgewater over the last five years has involved building a systemic sustainability assessment at the company level. It looks at where companies are now and where they will probably be in the future.

Assessing the credibility of improvement plans is critical. Is there a proven way that this company can reduce its emissions?

“If there is a proven technical way of doing it, but it just hasn’t been done yet, that of course makes a plan more credible,” Stendevad said. “If it’s effectively an unproven technology that we hope will come in 2040 and we will wait until it happens, that makes a plan less credible.”

Other questions to ask when assessing credibility include looking at how economic is that abatement plan, and how specific are the targets.

It is also important to look at whether it is reflected in the corporate strategy. “When you actually hear CEOs talk to investors, is this front and centre of what the company is actually doing and talking to markets about?”

Additionally, is it reflected in how the companies are spending their money? Is it aligned with the company’s financial strategy?

Assessing the auto sector, for example, is relatively easy as “it’s pretty clear what needs to get done.” Electric vehicles technology is already proven, and making this transition is realistic, he said.

Conversely, metals and mining is “a much more multi-dimensional and complex industry to assess,” because its products are critical for electric vehicles, solar panels and other technologies that are part of the solution, but its current practices are unsustainable.

An ongoing challenge includes dealing with the inherent ambiguity and imprecision of forward-looking assessments, he said.

Some companies may be doing all they can to transition and may not succeed, while others “will just legitimately say we just don’t know how we’re going to transition.”

“We feel we have enough [information] to start directing capital in this manner. We’re trying to be very humble but [we have] enough to make the relative assessments of who’s on a good track and who’s not.”