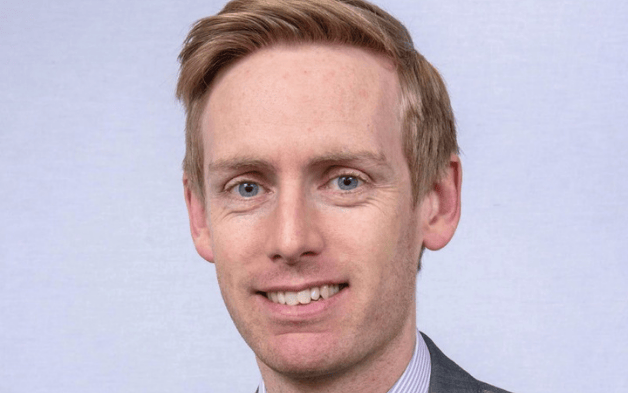 Railpen, guardian and administrator of the United Kingdom’s £35 billion ($47 billion) Railways Pension Scheme is well known for its belief in the cost and control benefits of inhouse management visible in its large in-house fund management and fiduciary team. Rather than outsourcing stewardship, the investor has also built up an internal engagement team to better align stewardship with its ESG objectives, particularly its ambitious net zero targets.

“We don’t outsource our stewardship activities,” says Michael Marshall, head of sustainable ownership at Railpen. “We are rolling up our sleeves and doing this work ourselves.”

Railpen’s net zero strategy has targets along the way to 2050 set at 2025 (25-30 per cent fewer emissions in the portfolio) and 2030 (50 per cent fewer). With 47 companies making up around 70 per cent of financed emissions, the pressure is on to ensure these companies make most progress on limiting their emissions for Railpen to meet its targets.

“If we outsource engagement to a provider, there is no guarantee that they will target engagement on our largest and most long-term holdings, nor on the themes that we are prioritising,” explains Marshall. “By engaging ourselves we can be much more focused on what adds the most value to how we manage our clients’ money.”

It’s a level of control that is particularly important when it comes to timing engagement and knowing when to escalate it, he adds.

“If we externalised this aspect of strategy, we couldn’t be certain the services rendered would escalate company engagements on a time horizon that aligns with the milestones in our net zero plan.”

Railpen structures engagement both from a bottom up and a top down perspective. In terms of bottom up, the investor seeks to engage all companies in its internal actively managed equity portfolios which is about 80 holdings across three portfolios. This runs alongside a top-down approach via a thematic overlay in recognition that even active investors with a strong record of stock picking are still exposed to systemic risk.

The four themes (the climate transition, the worth of the workforce; responsible technology and sustainable financial markets) captured in the overlay reveal another cohort of companies that can expect Marshall and his team of seven to knock on the door.

“On climate we engage with around 47 companies as part of our net zero plan. These companies contribute 70 per cent of our financed emissions. We also have an exclusions process structured around governance and corporate conduct that runs screens across the whole portfolio, shortlisting around 20 companies for focussed engagement and perhaps, ultimately, exclusion of those companies.”

Railpen holds very little passive equity exposure, however it does have some externally managed index allocations with LGIM which also manages stewardship and engagement on the investor’s behalf.

Moreover, Marshall notes that stock allocations in the actively managed portfolio are often repeated in the passive allocation, meaning that in some cases Railpen is already engaging with the company. Large passive houses like Vanguard, BlackRock and LGIM frequently pop up as significant shareholders for many companies and are increasingly influential.

“When it comes to winning votes, companies really want to keep them on side,” he says.

Still, he notes the inherent limitations of the ubiquitous ‘Dear CEO’ letter penned by stewardship teams to thousands of companies in a passive portfolio.

lEven the largest stewardship teams at index investors cannot meet every portfolio company, and the larger the stewardship team grows, the greater the risk of undermining the low-cost benefits of passive investment.

“Passive is a buy and hold strategy: companies know you are unlikely to divest in your mainstream index-tracking portfolios.”

the importance of Relationships

Marshall highlights the long-term nature of Railpen’s bottom-up engagement process. Many holdings in the fundamental allocation date from the beginning of the portfolio seven years ago, resulting in a longstanding stewardship conversations based on trust.

“If a concern surfaces, we would be unlikely to immediately write to the chair. Instead, we might raise our concern in our next company call and then escalate from there if the issue is not getting the attention required, but we are not starting an engagement process from scratch in terms of building the relationship.”

This contrasts with the higher turnover of the quantitatively managed equity strategies, run inhouse by Railpen, where allocations to value, momentum and quality stocks might not come with a long-term relationship.

“Establishing durable relationships of mutual trust with companies takes time if you’re going to do it well” says Marshall. “For our quantitatively run strategies we employ a thematic overlay, focussing on enduring themes rather than idiosyncratic issues at particular companies.”

Within themes companies are prioritised based on size, materiality, equity ownership, and likelihood of achieving change.

Railpen is a member of multiple collaborative initiatives designed to increase investor pressure like the United Kingdom’s Investor Forum. Railpen also uses third party suppliers to advise on proxy voting which talk to companies through the course of the year, advising them how the investor might vote.

“Our success often depends where companies are based. We have good purchase in Europe and UK, but it’s more difficult in emerging markets,” he says.

Alongside climate, Marshall’s team also engage on One Share One Vote. He argues that dual class share structures, which give company founders or the family more votes per share, may suit young, entrepreneurial companies that have just listed. But as a company matures and broadens its shareholder base, it is important investors can hold it to account.

“When investors only have one tenth of the voting power compared to the founder, it’s more challenging for investors to exercise stewardship obligations in the way policy makers want. This isn’t a niche issue as huge companies including Meta and Alphabet have a dual class share structures so many investors will have exposure to this issue.”