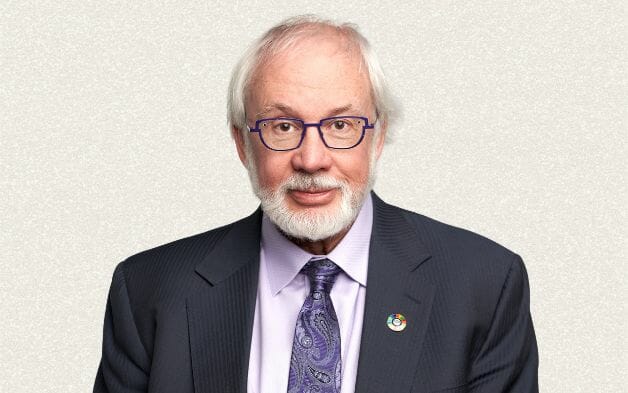 Professors at Oxford University, Richard Barker and Bob Eccles, outline the key factors for success of the International Sustainability Standards Board, which was announced at COP26. They say investors need to visibly and vocally encourage both companies and regulators to support the ISSB.

On November 3 at COP26, the IFRS Foundation (the Foundation) formally announced the formation of the International Sustainability Standards Board (ISSB). It also communicated that it “will complete consolidation of the Climate Disclosure Standards Board (CDSB—an initiative of CDP) and the Value Reporting Foundation (VRF—which houses the Integrated Reporting Framework and the SASB Standards) by June 2022.” The ISSB will also build on the work of the Task Force on Climate-related Financial Disclosures (TCFD).

In addition to this organizational work, the Foundation announced the publication of two prototype disclosure requirements: the “Climate-related Disclosure Prototype” and the “General Requirements for Disclosure of Sustainability-related Financial Information Prototype.” These were developed by the Technical Readiness Working Group (TRWG) and are the first two of eight deliverables in a well-structured program of work which will lay a strong foundation for sustainability disclosures that are as rigorous and relevant as those we have for financial reporting.

We couldn’t be more delighted with this monumental step in providing the information investors need to make long-term capital allocation decisions to support sustainable enterprise value creation. It is more than we hoped for when we published our Green Paper “Should FASB and IASB be responsible for setting standards for nonfinancial information?” just three years ago.

Disclosure standards protect investors and support the integrity of the global capital markets. Accordingly, the establishment of the ISSB has already received global support, from IOSCO, the international body that brings together the world’s securities regulators, and from the G7, G20, and the FSB. The ISSB has also been endorsed by major companies and global investors, as the path to the needed global sustainability standards baseline. It will be advised by the multilaterals (OECD, IMF, UN, and the World Bank).

There remain some voices, however, who are not as enthusiastic as we all are. Such critics object to the very name of the ISSB, decry its focus on the intersection between sustainability and enterprise value, complain that there is no conceptual framework, and seem to generally wish it the worst. To them we say, “The ship has sailed. You now have two choices. Accept this reality and constructively engage or continue to carp while the rest of us get on with this important work.”

Given this context, we think there are four key factors that will determine the success of the ISSB.

The first is effectively integrating the VRF and the CDSB into the IFRS Foundation, including establishing a working relationship with the International Accounting Standards Board (IASB). VRF and CDSB are relatively small and nimble entrepreneurial organizations, and necessarily so given the plethora of emerging sustainability issues on capital markets. The IFRS Foundation, in contrast, is a well-established body with appropriately deliberative processes. These organizations have different cultures and people with different skills. There will also be the challenge of coordination across geographies, including Frankfurt, Montreal, London, San Francisco and Asian locations to be named. Yet, while merger integration is always challenging, there are strong reasons to be optimistic. All organizations in the merger have a strong sense of shared mission. All are operating from a common definition of materiality based on enterprise value creation. And an appropriate level of funding is being put in place so that the ISSB has the financial resources necessary to do its job.

Second is the strong engagement of investors, companies, auditors, and regulators. Investors need to visibly and vocally encourage both companies and regulators to support the ISSB. Early news is encouraging based on the investor responses to the IFRS consultation and announcements. Most recently, the 62 members in 12 countries and with over $52 trillion in assets under management of the SASB Standards Investor Advisory Group have expressed their strong support for the ISSB and its plans to use SASB’s standards as a basis for industry-specific requirements, to be developed through the global due process for which IFRS is known. It is the responsibility of companies and their auditors to implement the ISSB’s standards. They must prepare themselves to do so. Finally, while the ISSB can establish standards, it cannot mandate their use. This is no different than with IFRS accounting standards. Jurisdictions around the world, in their own ways, must support the ISSB through their rules and regulations on corporate reporting. The G20’s position is a great start. The UK has already said it will create a mechanism to adopt and endorse ISSB-issued standards. The ISSB’s commitment to industry-specific disclosures is also headed in the right direction. IOSCO has called out the importance of industry-specificity. Its role to bless standards for cross-border use also makes their strong support of the ISSB notable.

Which gets us to the third key success factor — coordination with jurisdictions involved in their own standard setting efforts, in particular the EU and the US. The EU is looking to pass legislation for its Corporate Sustainability Reporting Directive (CSRD). The SEC is likely to be issuing some rules on climate disclosure later this year or early next. What is important is for common topics, such as greenhouse gas emissions, to be reported on in the same way. Ideally, the ISSB will set the “global baseline” that the EU will add to, and the US will aspire to. This is what some of the largest EU companies have already said they want. In the European context, this global baseline must serve investors’ information needs in a way that complements the EU’s “double materiality” approach.  We value voices calling for information on a company’s sustainability performance that is not currently related to long-term enterprise value creation, a demand that can be met by regulation from a state actor like the EU, or by companies voluntarily reporting using standards from NGOs such as GRI. Nothing in the ISSB’s standards will prevent companies from reporting on additional sustainability matters that, for whatever reason, are not material to investors. Nor does the ISSB’s proposition prevent jurisdictions, such as the EU, from mandating disclosure on a double materiality basis. Those who advocate for double materiality should focus on advocating governments to mandate additional disclosure requirements.

Finally, it is important for the ISSB to get off to a good start. This means participation by all relevant stakeholders in the ISSB’s due process to establish standard-setting priorities, develop a conceptual framework, and expose prototypes and draft standards for public comment.  The work of the TRWG has given the ISSB a strong “running start” on all of these items, but it is important to note that the TRWG prototype disclosure requirements are not formal exposure drafts, let alone final documents as some have implied. Rather, they are recommendations with formal consultation and board deliberation to follow, thereby following the same rigorous due process used by the IASB.

Three years from our Green Paper we now have the ISSB. Three years from now we are confident the world will have an effective ISSB that has the strong support of investors and companies, and institutional legitimacy from regulators. The work of the ISSB will improve capital allocation decisions by both companies and investors. Is it a silver bullet? Of course not. But the world will be a far better place with the ISSB than without it.

Richard Barker is Professor of Accounting and Deputy Dean and Robert G. Eccles is Visiting Professor of Management Practice at Said Business School at Oxford University.