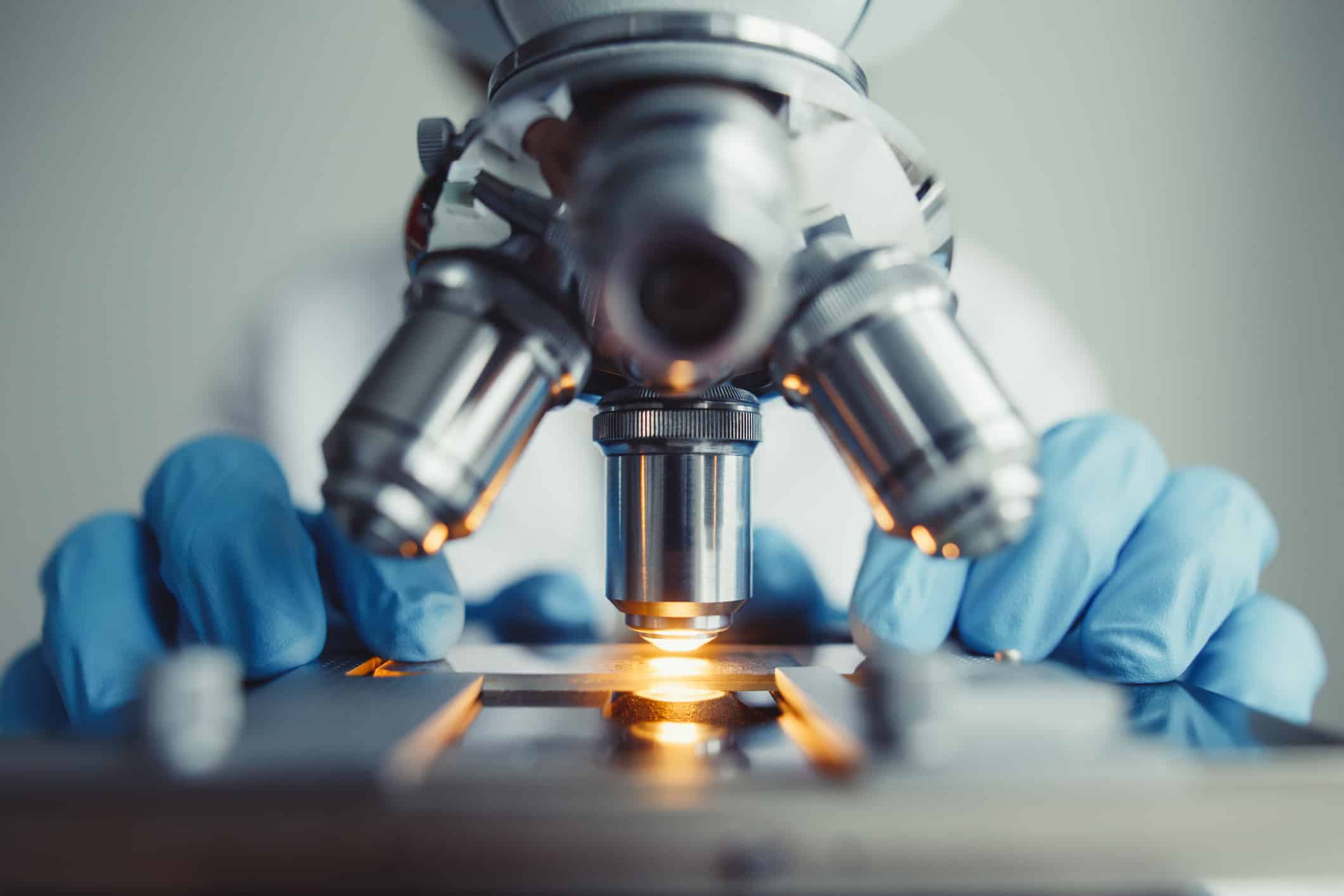 Close up of examining of test sample under the microscope in laboratory.

Wellcome, which aims to spend on average around £1 billion a year on its charitable commitments and returned 6.9 per cent last year compared with 13.4 per cent the year before, runs a £15.1 billion public equity portfolio. At its core lies a £7.5 billion, internally managed, mega cap allocation to global names in a basket prized for its liquidity. The portfolio also includes a high performing internally run £1.8 billion emerging market allocation. However, the weak link remains an externally managed allocation to strategies that include smaller, higher-beta companies, where a wide range of outcomes saw five of the eight managers underperform their relevant indices in 2019.

“We continue to weigh up the merits of internal and external management and to use passive vehicles where appropriate,” say the trustees. That weighing up could mark a continuation of a trend that has seen the fund reduce its external active management mandates in global and developed equity markets from 85 per cent to about 20 per cent of total public market exposure over the last decade.

The tougher climate for external equity was also reflected in Wellcome’s £2.9 billion hedge fund portfolio, springing back into life to outperform global equities after several years in the doldrums. That despite enduring low interest rates and QE which has led to high levels of correlation and dampened volatility. Indeed, the trustees’ suggest they would allocate more to hedge funds if it was easier.

“We are very comfortable with our current stable of managers, but consistently good ones are very difficult to find which makes it hard to scale this part of the portfolio.”

Moreover, the best hedge fund managers are unwilling to take on more capital, they say.

“It has also proved difficult to increase this part of the portfolio to a more meaningful size because the best managers tend to be unwilling to accept new investment.”

Star performers in the portfolio (which returned 9.2 per cent in 2019) were found in the £1.7 billion equity/long short portfolio and a £1.2 billion absolute return directional and non-directional allocation.

“The fundraising timetable of our key partners largely dictates the pace. From what we can currently see, this suggests that we are likely to make fewer new commitments over the coming year,” say the trustees, noting that private equity is an increasingly crowded market.

“New money has continued to pour into the asset class, which has pushed up valuations of private companies, exacerbated by the willingness of lenders to provide debt on very attractive terms to borrowers. Our strategy has been to concentrate on the very best partners, which we believe should continue to be able to navigate a more difficult environment. We do not foresee future returns being as strong as the last decade, but we do continue to expect a premium to public market returns.”

Wellcome’s private equity portfolio has grown to account for nearly 28 per cent of total assets (compared to 11.5 per cent in 2005) of which VC is an increasingly important return seam. It delivered the fund’s biggest gains of 2019 at 27 per cent, something the trustees linked to “the continued skill of our managers in identifying disruptive technological innovation.” Although technological innovation will remain a key investment area for the portfolio, the challenge is balancing that with the illiquidity of many tech-related assets.

“We need to balance the focus on high potential returns carefully against the need to maintain sufficient liquidity to fund our mission today,” says the report.

Indeed, liquidity and public market exposure remain key priorities given the portfolio doesn’t benefit from donations or other outside sources, the trustees said. “With the economic cycle now very mature, we are actively planning for a lower return environment and focusing on ensuring that Wellcome has adequate liquidity for the foreseeable future.”

“Any deal on US-China trade issues is likely to be a temporary truce in what is shaping up to be a protracted economic struggle between the world’s two major economies.”

Moreover “political logjam in the Eurozone” stands in the way of growth-oriented policies, it says.

“After a long period when owners of capital, like Wellcome, have been the beneficiaries of globalisation, of technological disruption and of ultra-accommodative monetary policy, societal attitudes are shifting. Political populism is at least partly a reaction to stagnant real wages in the West.”

As for Brexit, it hit Wellcome’s UK property returns particularly, although a bright spot in that portfolio came from a strong performance from asset backed operating businesses like student accommodation and budget hotels. The fund has no plans to reduce its allocation to UK property.

“Our experience over the long-term has been that keeping a significant proportion in property delivers good returns and positive cash ﬂow generation. The assets are mostly unlevered, which means that there is a low probability of permanent loss of capital”

Sterling exposure is close to Wellcome’s minimum limit of 15 per cent. Elsewhere the fund is “paying close attention” to the potential for US dollar weakness given that over half its portfolio is dollar denominated. Overall exposure to Asian currencies continued to grow, but the mix has changed.

“We added to Chinese equities in the market weakness in Q4 2018, which was partially offset by sales of assets in Japan.”

The investment committee’ priorities through the course of the year included currency exposures within the portfolio, notably Sterling in the context of Brexit; the investment executive’s approach to ESG; hedge funds and the impact of low interest rates and the position of the credit cycle.