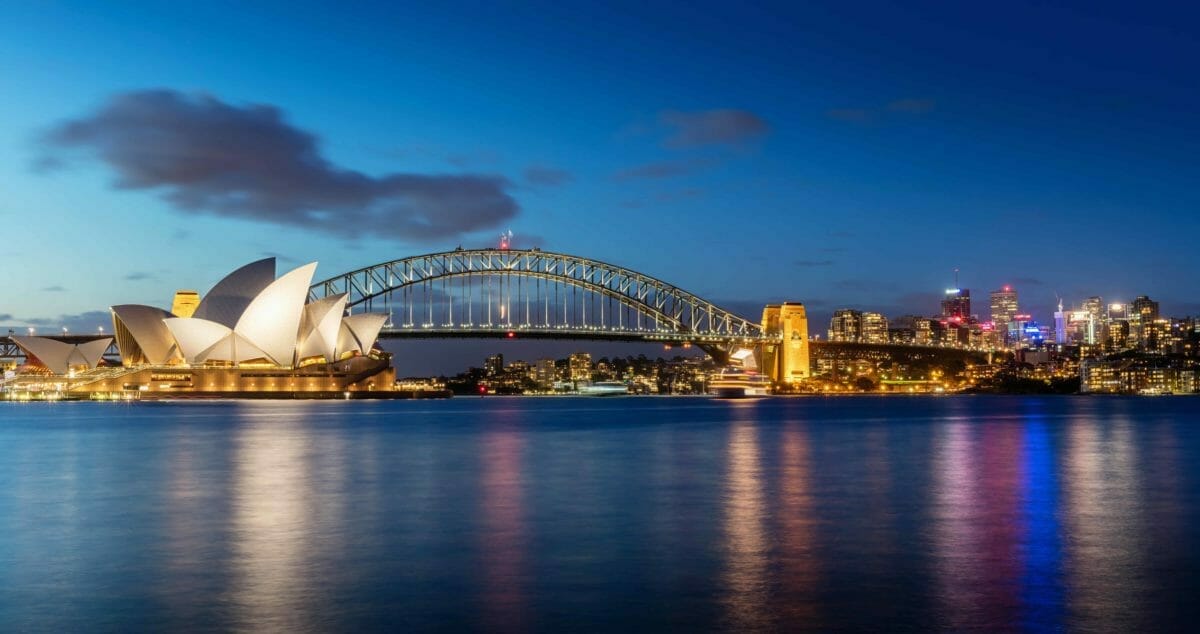 The International Centre for Pension Management, a research-based pension member-organisation with 42 partners from around the globe, held its 15th discussion forum in Australia last month.

One of the many unique benefits of the forum is an international working group made up of pension experts from Canada, UK, Chile, the Netherlands, South Africa and  the US, that critiques the system of the country where the forum is held. Last year that was Chile, the year before in The Netherlands.

Run by Rob Bauer, professor of finance at Maastricht, in conjunction with the Rotman School of Management at the University of Toronto the network began in 2005 as the brainchild of Keith Ambachtsheer. It aims to improve pension system design and investment decision making through research, discussion and collaboration.

In Australia, the key message of the critique presented by chair of the working group, Andre Snellen, entitled From MySuper to MyRetirement, was that Australia needs to wake up to the fact the system is a giant bank account with so much complexity that individuals are disempowered.

“This is our main message: Pretending people can choose in such a complex situation is fake, even misleading. People are utterly lost going into retirement,” he said.

“You know the words, it’s all there,” he told the audience, “it’s not the technicalities that are the problem. It’s wrapping your head around going from accumulation to decumulation, from a returns-based system to a replacement rate, from savings to an income stream. This is a very large pot, but there’s only a very small income system, that is what it is all about. You have to set the goal – from MySuper to MyRetirement. Members are happy in Australia because the system never promised anything. You won’t get around it. You have to set a goal. The system is there for a purpose and it’s not just saving. You have to move to MyRetirement. You have to set a goal.”

An (economic) psychologist by training Snellen, who is employer chair of the Dutch pension fund Pensioenfonds Detailhandel, described the Australian system as an adolescent with growing pains.

“When looking from the outside I’d say the super industry is in puberty or adolescence,” the Dutchman said.

“You had a baby at 3 per cent in the 1990s then a toddler at 9 per cent compulsory for all employees moving to 12 per cent. And now its at adolescence with 135 per cent of GDP. Very good, very well done. It has the potential to be a splendid human being. But as an adolescent if you hang out with the wrong friends it can go horribly wrong,” he said.

“You need to ask the existential question who am I? The Royal Commission and the Productivity Commission acted like parents guiding you and telling you what direction to go in, and it really rocked the boat. All these issues are on the radar, there is a lot to be solved. But that’s not the problem we see. Going from accumulation to decumulation – everyone sees it and says it but what does it mean – that’s the real growing pain.”

Fernando Larrain, chief executive of the Associacion de AFP in Chile who also sits on the ICPM board, spoke about his experience at last year’s ICPM meeting where the Chilean system was critiqued.

“We didn’t ask ourselves why pension funds were created. For many years we thought the purpose was savings. Now we have a big issue with the Chilean people to do with trust. People think we haven’t delivered what we promised. You have to ask what the real purpose is,” he told the audience. “Does it make any sense to have a for profit super fund in a social security system? There is a need to think about the system from a holistic view. If you don’t raise awareness now then in 10 years you will be discussing the building blocks like we are in Chile and you don’t want to have that conversation. Like Australia, the Chilean system is too big to fail. But the big role of pension funds at the end of the day is about paying pensions not about investment.”

Snellen pointed out the extreme complexity in the Australian system and the interaction between the means-tested state pension, health care, aged care, superannuation and home ownership.

“Politics is extremely divided in Australia, and maybe politicians should not set the goal. But if not them who should set it?” he asked.

Several people in the audience said the trustees should set it. But the working group saw a problem with that as trustees only manage the super system and do not look at or manage health care and other related systems.

“They lack a stable policy framework,” he says. “We feel trustees should not want that responsibility. If the political parties can’t do it, and trustees shouldn’t then there is a risk of the regulator becoming an implicit and unintended dealmaker, firefighting on the edges.”

“They focus on the 40-year old in their marketing, but they shouldn’t be focusing on them. In Australia retirees are considered to be customers leaving the shop, and not seen as the essence of the system. But that is what it’s all about, the focus of what you do. Why are you focused on 40-year olds?”

Snellen encouraged Australian super funds to give retirees a seat at the trustee board.

“This is a blind spot for you. A larger part of the AUM will be in the hands of the retirees.”

He also warned that risk management in decumulation is really different to accumulation.

“It is not going to be easy,” Snellen said.

“The fact the super system is 135  per cent of GDP and growing, is a serious pot of money, could seriously harm Australia if you do it wrong. I hope that makes politicians a bit more sensitive to what they should do in setting the goal.”

He saw the Retirement Income Review as a crystallisation   point but questioned the fact that treasury was running the review.

“In other countries you would have welfare or social affairs in there as well. Australia should look at this composition.”

He urged Australia to learn from other countries and suggested a “pension board” that would assess the optimal goal setting. This would include employees, employers, retirees and industry experts. He encouraged it to be separate from the political turmoil.

The working group also highlighted the need for Australian funds to have quality boards with expertise on IT, regulation and investments; and the huge amount of work needed on internalisation of investments regarding team structures and governance.

“In 10 years you would have bought everything in Australia,” he said.

In terms of pension systems globally, Australia ranked third in this year’s Melbourne Mercer Pension Index behind the Netherlands and Denmark. The index is a weight of scores on adequacy, sustainability and integrity.

Knox who is partner at Mercer and author of the index said there were some obvious steps Australia could make to get an A-grade score and improve to the level of the Netherlands or Denmark.

“The first thing we could do is introduce requirements to have income stream products. We don’t have any requirement in Australia. There is a very strong assets test, in my view the means test is too strong. We need to increase the contribution rate to 12 per cent. Also on member statements we have no projections of future income, that would be helpful to frame the whole debate to be about retirement income. If we did all that it would improve the score by 3.7 and nearly get us to A grade.”

He also mentioned increasing the level of assets to 150 per cent of GDP, working a bit longer, and reduce household debt and increase savings.

“Is there an ideal system?” Knox asked. “There are countries with a small first pillar and a large second pillar, and countries with the other way. All have the same problems with demographics, low interest rates and lower returns. And all have system related problems. Then there are problems related to the maturity of the system,” Knox said. “You can agree on the goals of the systems, but all countries have arguments about the building blocks due to history, and politics, it’s why all pension system problems are local problems.” 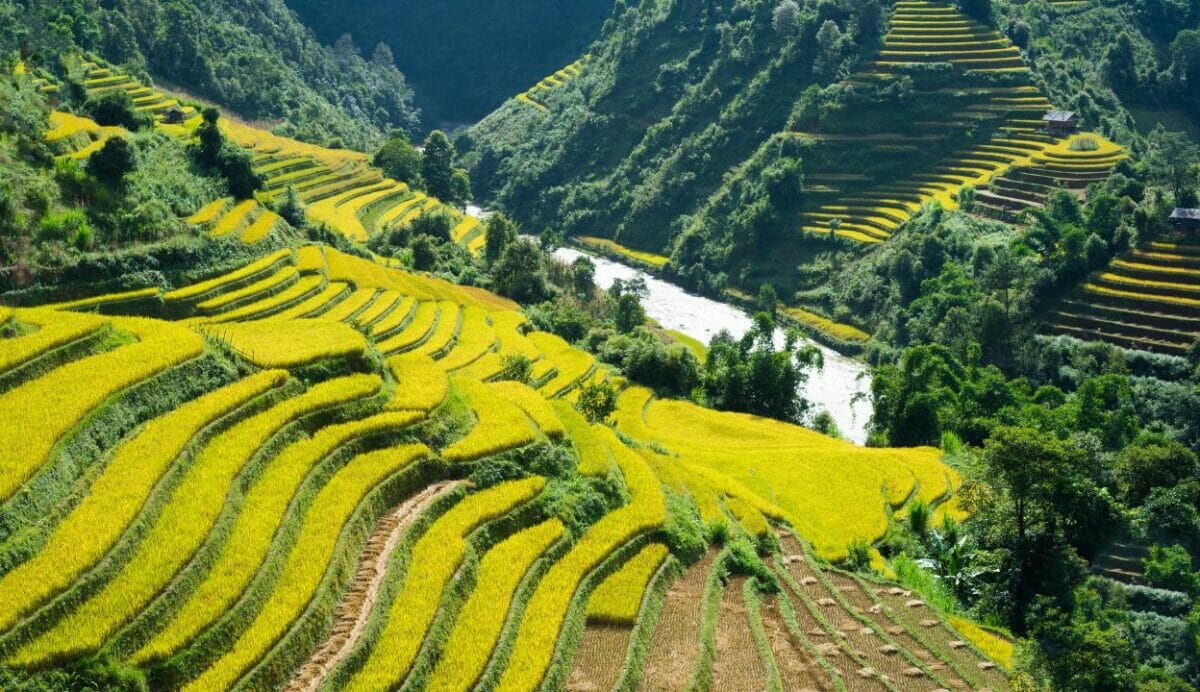 Asia will remain the epicentre of global growth during 2023, but rising global headwinds will drive greater variation between markets, experts predict. Ben Hurley examines the outlook for the region ahead of the Fiduciary Investors Symposium in Singapore next month.
Ben HurleyFebruary 9, 2023

Since joining $233.5 billion New York City Retirement Systems (NYCRS) six months ago, CIO and Deputy Comptroller for Asset Management Steven Meier has spent the bulk of his time getting under the hood of the private markets allocation, engaging with business partners and meeting some of the best minds in the industry to discuss the […]
Sarah RundellJanuary 19, 2023

It’s possible that a traditional 60:40 passive portfolio could get close to a target return of 7-8 per cent this year in a trajectory not seen for the last 12 years, according to Rich Hall, CIO of $65 billion University of Texas endowment.
Sarah RundellJanuary 12, 2023
View more articles