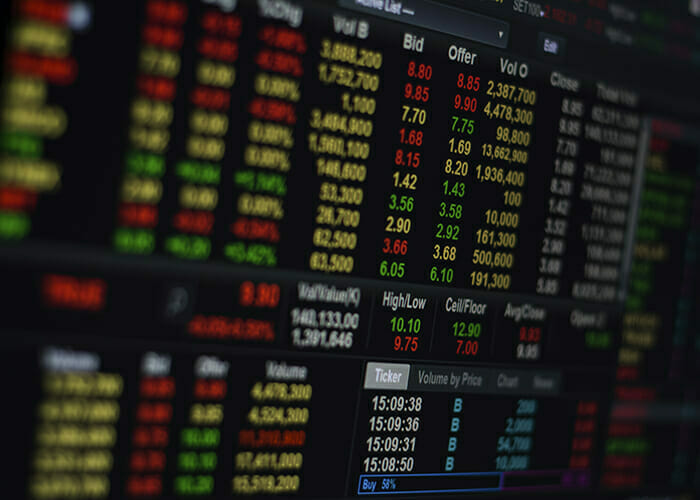 A large number of long-only multi-factor strategies have performed disappointingly over the past three years. Some have called into question the usefulness of solutions based on factor diversification but recent research by EDHEC suggests this doesn’t hold up against an even remotely serious investigation.

A large number of long-only multi-factor strategies have performed disappointingly over the past three years. This shift has led some commentators to call into question the very usefulness of solutions based on factor diversification, and notably the fact that the crowding effect was supposed to be the source of the disappearance of factor premia. However, we find in recent research that this suggestion does not hold up against an even remotely serious investigation. Rather it is the non-control of market beta exposure in a bull market context that has prevented factor indices from benefitting fully from the important market risk premium. It is this poor market conditionality, rather than variations in factor returns, that explains the recent disappointing performance of long-only factor offerings.

What are the drivers of the performance of factor strategies?

Commentators’ criticisms have tended to be based on assertions that have not been proven empirically, are not supported by serious academic research and ignore the very nature of factor strategy performance drivers. The latter is based on three main elements:

These performance drivers have been the subject of many publications. However, one cannot but notice that in many critiques of the recent disappointing performance of factor strategies, they have been largely ignored in favour of highly-sample-dependent anecdotes and explanations that tend not to be based on rigorous observations.

Some of the explanations proposed were that some rewarded factors were no longer really rewarded (size) or that certain academic factor definitions were no longer appropriate (value) or indeed that the negative performance of factors was due to a crowding effect related to the very popularity of factor investing.

Performance and contribution of the factors

Within the US universe, three of the six long/short factors mentioned above have performed negatively over the past three years, namely size, value and momentum, and delivered much worse than the average negative performance observed since inception (21 June 2002). For momentum, this performance is even below its worst 5 per cent three-year rolling returns. For value, the performance is slightly above the worst 5 per cent and for size, the loss is close to the average of negative performance. On the developed ex-US universe the observation is quite similar.

However, in terms of both its value and its frequency, this negative performance is absolutely not abnormal and in no way constitutes a reason to call the premia associated with these factors into question.

With three factors out of six generating negative performance, it is expected that the analysis of the contribution of the factors as part of a multi-factor strategy will give mixed results. We therefore constructed single factor indices by using cap-weighted indices and adding a market-neutral long/short overlay and then built a multi-factor construction by aggregating these single long-only factor sleeves in the form of an equal-weighted six-factor index. This illustrated the previous results again, namely that three out of the six factors underperformed the broad cap-weighted index in the US region over the last three years, and three out of six in the Developed ex-US region.

However, if we instead use a perfect equal-weighted index, we observe that in both the US and Developed ex-US regions, this long-only factor construction outperformed the cap-weighted index over the same timespan (though admittedly to a lesser extent than over 15 years – 0.51 per cent compared to 2.45 per cent annual relative return for the US region and 0.55 per cent compared to 3.73 per cent for developed ex-US).

Hence, contrary to what is said by critics, a pure multi-factor construction continued to provide positive performance in the last three years.

It is therefore not so much the factors that are to blame in the performance but the construction choices of the multi-factor indices or portfolios offered by the providers. Among these design choices, some are constrained by the long-only regulatory framework of many funds or institutional investors. It is often difficult to set up pure factor strategies due to the inability to implement long/short strategies and the construction of long-only indices through the use of long/short overlays is difficult. Other choices correspond more to a lack of consideration of non-factor risks in the design of the index, where it involves documenting this risk in order to then manage it properly. In the next section, we will show that it is the lack of integration of the main non-factor risk that is the cause of the disappointment with factor strategies.

The vast majority of long-only factor strategies were rarely neutral from a market exposure viewpoint; market betas are generally defensive and unstable. For the same construction of long-only indices where, if instead of taking market-neutral indices we take long/short dollar-neutral indices, it is clear that over the last three years, these indices without market-beta control have considerably underperformed their equivalents with a market-neutral market beta long/short overlay. For the US, the 0.51 per cent outperformance over the past three years flips to an underperformance of -1.4 per cent, and to
-1.02 per cent from 0.55 per cent for the developed ex-US. For both regions, the long-only multi-factor assembly does not allow the broad cap-weighted index to be outperformed, as was the case previously.

In addition to design questions, performance is a matter of fiduciary choice

The analysis that we have conducted on the performance of factor and multi-factor portfolios has allowed us to observe that even though negative performance has been observed for some factors in recent years, it has been possible to offset this through the good performance of other factors. In the strict sense, the factor contribution to the performance of the strategies is not overall negative.

The source of the poor performance therefore needs to be sought elsewhere. We observe that only multi-factor indices which benefitted from a risk-control option that guaranteed alignment of the market beta with that of the reference cap-weighted index were able to significantly improve relative returns. Naturally, taking this market variation risk into account is a fiduciary decision that falls outside of the remit of an index provider, as long of course as the index provider offers these options, which is rarely the case.

Concentrated power by monopolistic companies is a systemic problem in the US economy, according to Matt Stoller, director of research at the American Liberties Project, but investors have little power to change it.
Amanda WhiteApril 28, 2021

Is book-to-price still a suitable definition of the value factor? Researchers at Scientific Beta explore the arguments for different definitions including how to account for intangible capital.
Felix Goltz and Ben LuytenAugust 4, 2020
View more articles