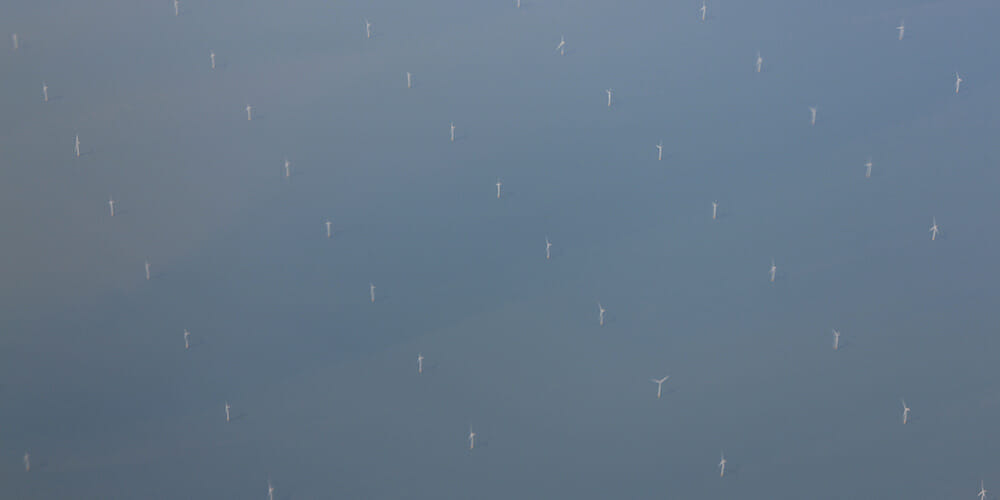 The United Kingdom’s £31.4 billion ($39 billion) Pension Insurance Corporation, an insurance company specialising in securing the liabilities of defined benefit pension schemes, is growing its infrastructure allocation to renewables and student housing and pushing into new markets in the Ireland and Spain.

The fast-growing £6 billion ($7.5 billion) direct allocation to infrastructure already includes a large allocation to wind assets like its debt financing for the UK’s giant Walney offshore wind farm. But Allen Twyning head of debt origination at the PIC says more renewable deals are in the offing.

“We are aware of a significant renewables pipeline in the coming years. This is an area of growth as well as student housing. A few years ago, institutions didn’t really look at student housing, but this has changed now.”

“We structure in protection. For example, we could prevent dividends being paid if something went wrong,” he says. Returns-wise, the allocation targets Gilts plus150-200bps. “We look for 1.5 to 2per cent above what you can get on a government bond; it’s not a huge return but it is very low risk because these are investment grade cash flows.”

The PIC doesn’t invest in infrastructure equity due to its higher risk and volatility profile and aims for deals that match its risk-return objectives, typically around £50-100 million ($62-$125 million). Moreover, Twyning also believes that in many ways infrastructure is more secure, and better quality, than corporate debt nowadays.

“Corporate’s ratings traditionally drift downwards over time so it is harder to lend long-term to them. Take for example Ford Motor company. It was AAA throughout the 1970s and then slowly drifted downwards, eventually being restructured in 2009.”

That is not to say there aren’t risks in the allocation. PIC does take construction risk which it navigates via project finance structures like embedded credit protection with cash or bonds put aside in case the contractor gets into difficulties. Something particularly on the radar in the UK’s construction sector given high profile, late cycle credit challenges for developers like Carillion and Interserve that have hit institutional investors in projects like the Royal Liverpool Hospital.

“The contractor is there to deliver a building at a certain price and the credit risk is on them. We do a deep dive into the credit quality of all our counter parties in projects and ensure we are very confident the counterparty will be around for at least the next four to five years: you invest in a project over 20-30 years and construction risk occurs in years one to four,” he says.

Competition for UK assets is fierce, namely because less infrastructure has come to the market in recent years than what the UK government had promised. PIC manages to swoop on the best deals in the tough market because of its in-house capabilities and strong relationships with sponsors, says Twyning.

On one hand, big institutional deals come the PIC’s way via partner banks seeking to raise large amount of debt via a club of investor.

“Housing associations will have advisors and arrangers who come to us,” he says.

On the other, deals are increasingly sourced on the project finance side via PIC’s growing relationships with sponsors.

“We are getting to know the sponsors. For example, we have done eight transactions with UPP in the student accommodation space. We have that relationship and talk to them directly.” PIC has now financed around £500 million of UPP student-accommodation projects.

Breaking into new German and French markets is a challenge because of the easy availability of bank finance in Europe, he says.

“There are lots of good projects in Europe, but we are priced out. We haven’t got involved in European infrastructure because we can’t compete in terms of pricing with the banks. Banks in the UK pulled back, but in France and Germany projects are well banked and we can’t compete with what those institutions can offer.”

In contrast, Spain offers some exciting opportunities where the PIC it can compete.

“Spanish Solar assets are of great interest due to the new more stable regulatory environment and more attractive returns.”

Where it invests overseas, PIC cross currency swaps, swapping its euro cash flows for sterling cash flows as soon as it buys the assets to ensure its cash flows match its liabilities.

The UK’s new LGPS megafunds, keen to invest in more infrastructure, promise to hot up the competition for assets further.

One of the challenges for local authority pension funds to date has been the ability to make meaningful investments without large in-house teams and scale.

“From a credit perspective infrastructure is expensive. Each deal involves lots of work,” he says.

Moreover, without the ability to structure deals in-house, high fees can quickly erode gains.  “The big insurance companies in the UK, and funds like USS are our biggest competitors. The new LGPS funds could be competitors too,” he says.

PIC runs an in-house team of five which Twyning hopes to build out to seven in the coming months. The fund doesn’t use any external managers but does have technical advisors that bring expertise on elements of projects like, for example, how realistic a construction program is or the costs to replace a contractor should it go wrong.

In the student housing space, this outside support could involve in- depth advice on long-term demand for student housing.  Where Twyning and his team are expert is getting the debt right and the structuring – ensuring the debt is structured in line with the rating, the credit quality of the counterparties and the long-term market for the asset.

“For the more technical parts we will have a third party – for example we aren’t experts in wind projection so will use specialists. My job is to get the debt structure we are comfortable with,” he concludes.