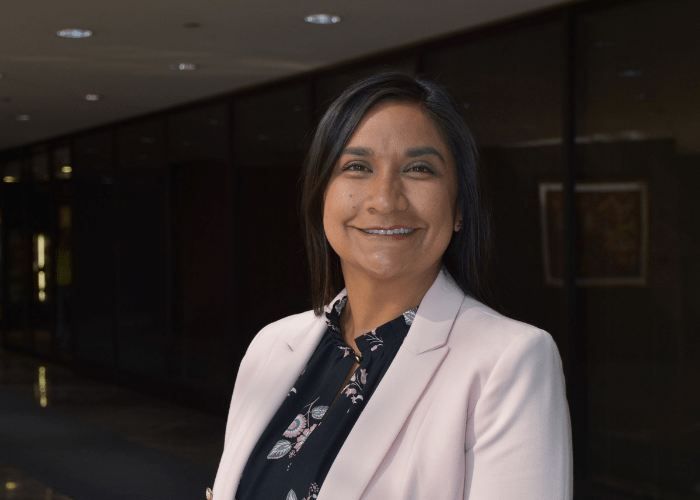 In 2013 the $42 billion Illinois Municipal Retirement Fund (IMRF) decided to reduce its exposure to active large cap equity and terminated a $166 million mandate with its emerging manager Piedmont Investment Advisors, a minority and women-owned asset manager in Durham, North Carolina.

It’s not easy breaking into the asset management industry at the best of times. New, small, or minority and women-owned business enterprise (MWBE) managers face a range of challenges from the struggle to invest the large cheque sizes an average pension fund needs to deploy, to the absence of a decent track record because they are new.

More recently, as in Piedmont’s case, the shift to passive strategies and fee compression has made it even harder. Despite the growing body of research that shows the diversity, fee and first-mover advantages from investing in funds off the beaten track, MWBE managers account for just 1.3 per cent of the global $69 trillion asset management industry, according to research from Bella Research Group and the John S. and James L. Knight Foundation.

But 2013 wasn’t the end of the road for Piedmont and IMRF. In many ways it was the catalyst that has allowed Piedmont to take its offering to the next level. Piedmont was still managing a $100 million core fixed income strategy for IMRF which, like the active equity allocation, dated from the start of their relationship in late 2004. When one of IMRF’s other minority managers closed its doors due to industry headwinds, and the asset owner launched a new search for a passive replacement, Piedmont saw the opportunity to push into the passive space and put itself forward once again.

At that stage Piedmont’s only passive mandate was a $3.2 billion allocation benchmarked to the Russell 200 for North Carolina Department of State Treasury’s $90 billion pension fund. Following lengthy rounds of due diligence on its investment and operational capabilities, IMRF allocated a $1 billion Russell 1000 Growth index strategy to Piedmont in a vote of confidence in its growing passive prowess. Since IMRF’s endorsement, six more funds have chosen the manager to run various passive strategies.

“IMRF has been a visionary in this regard. They have given an opportunity to a minority and women owned firm and helped increase competition in a segment dominated by the biggest players in the industry,” says Sumali Sanyal, Piedmont’s co-chief investment officer of equities and portfolio manager.

It’s no coincidence that their relationship has flourished from the year the pension fund pinned its colors to the mast in a flagship policy. IMRF has invested with emerging managers since 1994 but in 2004 the board of trustees formally adopted a goal for the utilisation of minority and women-owned firms in a public commitment.

Since then the program has grown from $1.7 billion across 15 managers to $8.7 billion, equivalent to 22 per cent of IMRF’s total AUM, invested with over 50 emerging managers in direct and manager of manager programs across domestic and international equity, fixed income, real estate and alternatives in allocations that are central to the total portfolio rather than limited to a pre-specified carve out.

More recently, the fund has come out with fixed targets to pay a proportion of its overall fees to emerging managers.

“We expect our emerging managers’ share to be at least 20 per cent of fees paid to all managers,” says Vasquez.

It’s a commitment that stands head and shoulders above most funds, even MWBE-committed peers like CalPERS, which has promised to allocate $11 billion of its $340 portfolio to new commitments to emerging and transition managers by 2020 or the $193 billion New York City Retirement Systems, which allocates $8.8 billion to small and emerging managers.

Today’s relationship is also rooted in IMRF and Piedmont’s history, where Sanyal hopes a slow and cautious start offers hope for other emerging mangers who cite initiating relationships with large institutional investors as one of their biggest challenges.

It all started with IMRF choosing Piedmont to run a $14 million large cap core equity mandate through a manager of managers platform. Seven years later Piedmont graduated to run a $131 million direct allocation until the mandate was axed in 2013.

Today IMRF’s relationship is helping Piedmont broaden its offering again. The manager typically runs separately managed accounts for its institutional clients. Indeed, one of the benefits of its passive mandate with IMRF is that assets are held with IMRF’s custodian.

“One of the reasons IMRF saw that there was no incremental risk for them in allocating sizable assets to a liquid mandate was because these assets are managed in a separate account and reside with their custodian,” says Sanyal.

However now Piedmont is looking to add to its stable, exploring launching co-mingled funds or collective investment trusts (CITs). One of the manager’s first calls for insight was to IMRF following which the pension fund facilitated an introduction to specialists at Northern Trust.

“Seeding our existing strategies in CIT vehicles is more challenging as a smaller firm,” explains Sanyal. “We have open lines of communication. If either of us has any questions or concerns or needs feedback on industry related issues we get on the phone and have a conversation.”

In a quid pro-quo, IMRF has called on Piedmont to help it develop an in-house factor allocation that it plans to launch in 2019.

Piedmont only manages $4.7 billion and along with the $1 billion passive allocation, IMRF is also Piedmont’s largest fixed income investor via its core fixed income strategy. IMRF says any risk of over exposure is countered by its diverse manager roster and the problem was eased last year when asset management firm FIS Group acquired Piedmont, creating a new entity with a combined $10 billion AUM.

Favorable fee structures are one of the biggest benefits of investing with emerging managers and Sanyal observes that providing IMRF with a competitive fee structure has been a “primary concern” with the two “working together” to “modify fee structures.”

Because IMRF’s MWBE program is an integral part of the total portfolio the fund doesn’t separate cost or returns of MWBE and non-MWBE managers, explains Vasquez.

However, she does say that “that the IMRF portfolio generates strong returns while keeping costs low”.

Over the last decade IMRF has outperformed its total fund benchmark and its 7.5 per cent assumed rate of return by 46 basis points and 174 basis points, net of fees, respectively.

In 2017, IMRF paid 28 basis points in fees while the US pension fund median was 36 basis points, all adding up to strong returns, low costs and a dedicated, bespoke relationship that is often lost with the big firms.

“One of the main things IMRF appreciates from minority owned firms is their dedication to the IMRF portfolio that they manage,” concludes Vasquez.