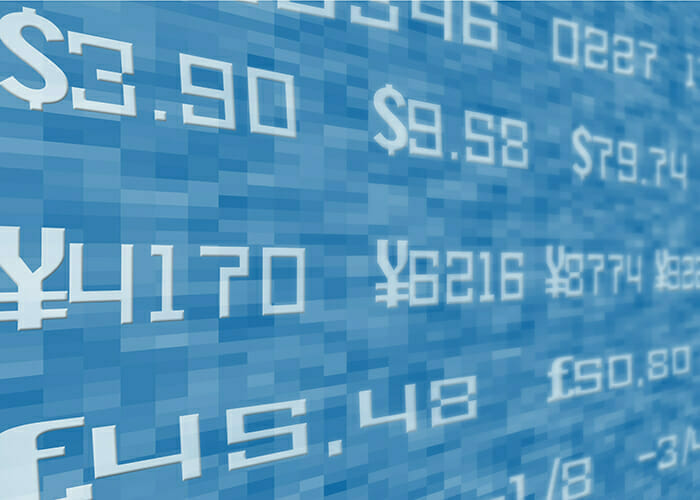 "This is a home-made (with Photoshop) image of various currencies (U.S. dollars, Yen, British Pounds, credit card number, stock price changes) flying off into the distant right on a digital background.This image is huge: 300 dpi at 11 x 17"

Developed countries are facing a “demographic time bomb” and those who think economies can grow their way out of it will soon face a harsh reality check, professor David Blake, director of the Pensions Institute at the City University of London’s Cass Business School says.

Rising life expectancy, falling fertility rates and ageing populations are driving a precipitous decline in many countries’ total support ratio (TSR) – which is the ratio of workers to young and old people who need support, Blake says.

A high TSR has historically been associated with rapid economic growth, as seen in China, India and Korea. But the UK and other countries, including Australia, China, Korea and in particular Japan, are becoming unsustainable places to support pension systems due to their top-heavy populations with shrinking numbers of young people shouldering the burden of supporting large older populations.

“In the 1950s, when you take the world as a whole, we had 12 people in work to support an older person in retirement, and you can see by 2050 that’s going to go down globally to something like five,” said Blake, who is also chair of Square Mile Consultants. “And of course in the more developed regions, you’re down to something like two.

Japan is an early warning sign for what will happen demographically in the rest of the world, Blake said. The country’s TSR peaked in 1992 and the economy has been flatlining ever since.

“Whatever government has tried to do, its economy has flatlined, and that, I think, is to do with the demographic situation in Japan and not the macroeconomic policies it has tried to introduce.”

Productivity growth will not be the answer, as it is stagnating in the developed world, Blake said.

He predicted the consequences of this trend would be wide and varied: a shift in demand towards products and services for the elderly, increased demand for robotics in long-term care.

The labour market would experience a decline in the size of the economically active population, he said, and while this could cause gross wages to rise, taxes would probably rise to a greater extent, to pay for higher state pensions, meaning net wages would fall.

Risk taking would be lower due to lower risk tolerance among older people and there would be a preference for stable cash flows and safer investments.

This would increase the premium organisations would have to pay for equity when undertaking investment projects.

Overall, living standards would probably fall, GDP growth in Europe and Japan could drop from the traditional 2 per cent to 1 per cent as capital flows to countries with higher returns, and there the world could expect a decline in the relative economic importance of Europe and Japan.

The International Monetary Fund had raised concerns about this in its Global Financial Stability report in 2012, but even the IMF’s predictions were based on baseline population forecasts that underestimated how long people were likely to live, Blake said.

With enormous volatility in longevity, and studies showing people typically underestimate how long they will live, long-term care insurance is a sensible response, but very few people in the UK buy it, he explained.

Politicians in the UK have been tinkering with the pension system constantly, leading to an over-guaranteed system, he said. As a result of over-regulation, politicians have over-guaranteed the system and it is now falling far short of the promises made.

The result for Millennials?

“Younger generations, the Millennials, with debts and without home ownership or pensions, will have a lower living standard than their parents, yet are expected to pay taxes to support what could be the luckiest generation in history, the Baby Boomer generation,” Blake said. “My conclusion is it’s now ‘the demographics, stupid’, it’s no longer ‘the economy, stupid.’ Demographic matters will dominate economic and financial matters over the next half a century, with a high risk of intergenerational conflict if this goes wrong.”