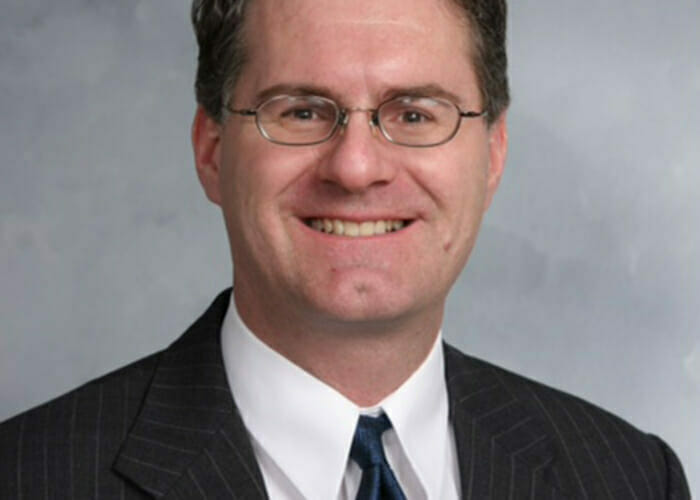 In the last year, the $14.2 billion South Dakota Retirement System has increased its allocation to cash and Treasury bills to about 30 per cent of assets under management, in response to high valuations and hot markets. It’s a hedging strategy that has grown in line with the fund’s reduced risk appetite and the need to counter aggregated, equity-type risk embedded across the portfolio, CIO Matt Clark explains.

Although South Dakota has only a 26 per cent allocation to global equity, similar risk embedded in other allocations has pushed the total equity-like risk in the portfolio to about 51 per cent – just within the fund’s permitted range of 50 per cent to 85 per cent. It seeps in via the 8 per cent private equity allocation, which Clark treats as a leveraged form of stocks, and also enters through the corporate high yield and real-estate debt allocations. It needs to be off-set by either selling stocks or hedging, he explains.

South Dakota’s low risk appetite sits in the context of a gradual paring of risk ever since the financial crisis, when the pension fund was invested to its maximum risk exposures. Indeed, today’s risk exposure is notably less than a year ago, when it had about 57 per cent of its money invested in equity and other assets with embedded equity risk.

“We want [equity-like risk] to be around 50 per cent of the portfolio,” Clark explains. “Our valuation models tell us that markets have breached the level of expensiveness that requires us to go to our minimum risk exposures.”

The cash and T-bills allocation is primed for action, ready and waiting to snap up bargains in a crisis, in a strategy that has led to South Dakota’s celebrated, benchmark-beating returns over every timeframe. Clark forgoes the temptation to earn anything more from the allocation, lest backdoor risk creep in via unexpected ways.

“We prize safety and liquidity,” he says. “We like to say we want to keep our cash as pure as the driven snow.”

“We are not interested in earning a modestly higher yield on our cash if that involves embedded risk that may be hard to understand,” Clark says. “We seek higher returns from risky assets such as stocks, especially when we are able to purchase them at bargain prices in a crisis.”

High valuations across all asset classes pose a problem for an investor whose core philosophy is to invest only in assets it believes are undervalued from a long-term perspective. Today’s few bargains of note include distressed debt in Europe and the consequences of tightening monetary conditions feeding into credit markets and emerging-market economies. South Dakota now invests in exchange-traded funds to supplement exposure to emerging markets where it would otherwise be underweight.

“Emerging markets have underperformed enough,” he says. “We don’t want to be underweight anymore.”

Clark is also keenly watching opportunities in China, where the pension fund “grew negative” and withdrew money from allocations to Chinese equities, currency and fixed assets.

“We have concerns about governance in China, and also about still-elevated levels of fixed asset investment,” he says.

Large Chinese companies remain in the pension fund’s global equity universe, which is internally managed; the fund accesses smaller names via index fund exposures. If internal management of the allocation grows challenging, Clark will find alternatives, either buying index funds or working with an external partner, he says.

With dry powder at the ready, Clark will strike quickly when opportunities arrive that fit South Dakota’s long-term, contrarian ethos, as they did during the 2014-15 energy crisis. While some investors are only now arriving at the party for recovering energy prices, South Dakota is getting ready to leave. Noting “exceptional opportunities” during the energy crash, the pension fund increased its exposure via mid-cap equity and high-yield credit, moving to its maximum permitted overweight.

“High yield was very cheap in late 2014, especially energy high yield. We ramped up our high yield exposure from a floor of 1 per cent to 9 per cent,” says Clark, who now believes energy high yield names have come back to fair value. “We are still overweight energy in our equity portfolios but not as much as two to three years ago.”

Piling into energy assets reflects South Dakota’s enduring conservative approach to fossil-fuel investment, Clark says. Other asset owners are beginning to integrate low-carbon strategies but Clark believes the pros and cons of fossil fuel investment form a societal question that needs to be addressed with policy leadership from national governments. Only then will South Dakota respond.

“We do not have restrictions against investing in fossil fuels,” he says. “If fossil fuels stop being profitable because governments say they will ban their use, we will act. We believe our role is to maximise risk-adjusted returns on behalf of our beneficiaries.”

A tenet central to the pension fund’s success is its ability to nurture and retain a strong investment team. This is down to a compensation structure benchmarked against the private sector.

“Most public-sector funds have difficulty retaining people, especially their best people,” he says. “We want to emulate successful compensation models not failing ones.”

In South Dakota’s model, compensation is compared with the private sector then adjusted down to reflect the cheaper cost of living in the state, relative to other financial centres. It is then discounted a further 30 per cent to reflect the public service and mission of the retirement fund.

“We are investing on behalf of South Dakota public servants, many of whom don’t make much money. We get to try to help these people and we want to employ people who care about our mission,” Clark says.

Candidates commit to this ethos before they come in the door and in return, they can invest long term and are not judged on short-term underperformance, he says.

Although compensation is structured around a base salary, the largest portion comes via incentives. The maximum incentive is 200 per cent of the base, but if employees don’t add value above the benchmark, they can also earn zero. Performance is also tied to four- and 10-year results to encourage employees to embark on long-term strategies and overcome the fear that arises from being contrarian – that if you buy something cheap it might then get even cheaper.

“The nature of being a long-term contrarian investor involves getting over the fear of doing badly in the short term and a willingness to keep doing more of what is causing pain as the level of pain increases,” Clark says.

Compensation is also structured to encourage staff to strike out aggressively for home-run opportunities when they see them.

“A third of our incentives are stretch incentives, which you can only get if you have extraordinary performance above the benchmark,” Clark explains. “This encourages trying to hit a home run if the opportunity is there.”

Clark reflects on the seismic shifts under way in the investment workplace. Human roles in short-term trading strategies are disappearing into AI and passive strategies, with low-cost index funds and exchange-traded funds wiping out managers that don’t add value, he notes. Now active managers are also under attack from value and growth funds. Long-term contrarian investment is still “safe” because of the absence of statistically significant data but he believes humans and machines will increasingly work together.

For now, the power of judgement, subjectivity and an ability to understand context gives humans the edge.