Home>Strategy>Pensions must brace for Brexit impact 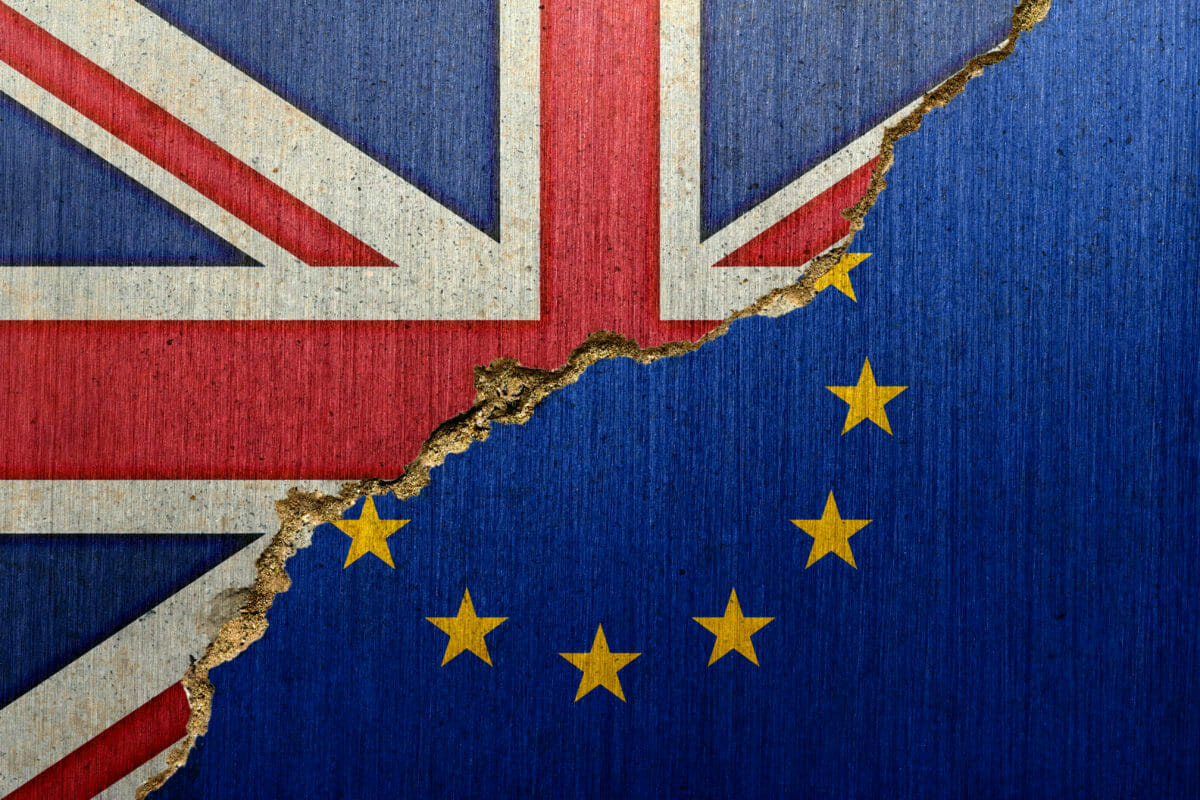 Flags of UK and EU on a Creacked Concrete Background

After the fallout at the recent Salzburg summit of European leaders, the pressure is on to make progress in Brexit negotiations before the next meeting of leaders on October 18.

Although there is hardly ever a true final deadline in EU negotiations, there is a consensus that the talks need to be wrapped up by November this year to get the deal officially approved by March 2019. Meanwhile, UK Prime Minister Theresa May must walk a tightrope to make further concessions to the EU while appeasing the pro-Brexit Conservative Party base. This means the odds of a ‘no deal Brexit’ – in which the UK would depart the EU without any formal withdrawal arrangement in place – are increasing. What could this mean for the world of pensions?

The exact impact of a chaotic Brexit on GDP growth, currency fluctuations and interest rates is anyone’s guess, but most official estimates predict depressed economic activity. This could put defined-benefit funds in a tough spot.

Falling markets could push down their assets, while central banks would shy away from tightening monetary policy, meaning liabilities might continue to be high or rise further. In countries like the UK, the Netherlands and Denmark, funds have hedged about half of their liabilities, by some estimates, meaning they are at least partly protected; however, it’s impossible to shield beneficiaries from a deep recession completely. Particularly concerned should be funds whose sponsor operates on both sides of the channel and relies on EU regulation for market access. These funds should, therefore, get to grips with the wider impact of Brexit on their sponsor and potentially the sponsor covenant.

This means that the vast majority of funds could continue to operate normally and there would not be big changes to pension fund regulation. The UK is implementing the new European framework Institutions for Occupational Retirement Provision II (IORP II) through a few modest amendments to national law. These rules will continue to apply after March 2019.

There are no reams of detailed executive law or guidelines that need to become part of UK law, as is the case in other areas. After Brexit, the UK will have more flexibility in reshaping pension law but the question is whether there will be the desire to do so, given the current light-touch approach of IOPR II.

The small group of schemes that are operating across borders would be significantly affected. A few dozen of these schemes exist, many of which sit between the UK and Ireland. Without a deal, these cross-border schemes would need to fall back on domestic law to be authorised. A protocol needs to be put in place for how these schemes will operate after Brexit. Otherwise, sponsoring companies may need to set up separate schemes on both sides of borders.

Service providers will be affected

While a no-deal Brexit would not affect schemes’ relations with their sponsors and members, they may need to review how their service providers are affected. Free movement of capital will continue, as it applies to non-EU nationals, but not the freedom to provide services or freedom of establishment.

Asset managers, banks and insurers rely on the EU ‘passport’ to provide their services in other EU member states. With a hard Brexit, these passports would be gone. EU pension funds often use London-based providers of financial services and critical financial infrastructure, such as clearing. The UK could apply to be recognised as an equivalent third country in most cases, meaning that the EU would allow access because British regulation would be an exact copy of EU regulation, at least at first; however, equivalence decisions can be taken and revoked unilaterally by the European Commission at any point. Such decisions are unlikely to be in place by March 2019 in the case of a disorderly Brexit and could be used as a bargaining chip.

The ‘Chequers’ plan that May proposed is meant put this system on a more stable footing but the EU has not yet shown interest. As a result, many financial institutions have been setting up new subsidiaries on either side of the channel.

Continental pension schemes, in particular, should check whether their fund managers and banks can continue to serve them, whatever happens over the next months. On the other hand, a large share of investment funds is domiciled in Ireland and Luxembourg, so UK schemes should be watchful about whether they can continue accessing those under the UK’s post-Brexit national placement rules.Re-domiciling funds could crystallise capital gains, with tax implications.

With long-dated contracts that can span decades and exposures that run into the hundreds of billions, both the bilateral and cleared derivative markets should be a particular source of concern for EU pension funds that deal with UK-based banks.

The contracts themselves would not cease to exist in case of a no-deal Brexit but, in July, the Bank of England warned that without changes to legislation, about a quarter of bilateral contracts between EU and UK parties could potentially no longer be serviced. Replacing or transferring these contracts could be extremely cumbersome and expensive. However, interest-rate swaps are an essential part of liability hedging in some countries so not replacing contracts could lead to funds’ funding ratios becoming more exposed.

Pension funds mostly deal bilaterally with banks but in the future will need to clear their transactions via central counterparties (CCP), with both regulation and market liquidity pushing in that direction. LCH.Clearnet, in London, clears 95 per cent of the overall over-the-counter interest-rate swap market. Those funds that already clear would need to assess whether these contracts would still be serviced. The EU is considering regulation that would require ‘systemic’ CCPs to be established within the EU in order to clear contracts of EU clients. Were that to happen, LCH.Clearnet would no longer be able to serve EU-based clients and would need to move a large part of its operation to the continent. Although mandatory central clearing for pension funds is still a few years down the line, funds may face a more fragmented financial infrastructure, particularly if the EU and UK do not overcome their differences over the next few months.

Inefficient markets and an explosion of technological innovation fuelled by Millennial consumers make China a tantalising prospect but accessing strong returns there isn’t as simple as it looks.
Sarah RundellOctober 12, 2018
View more articles