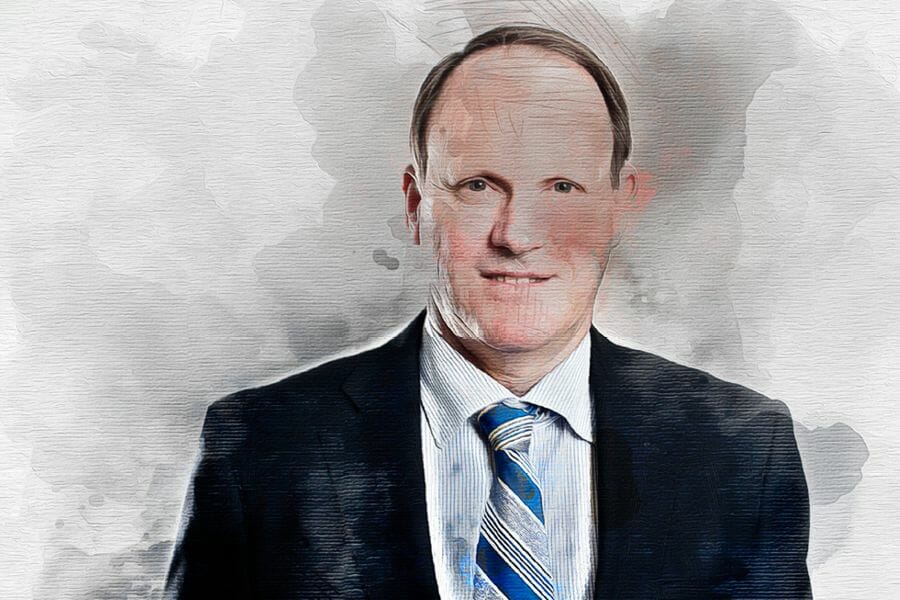 Like many super funds the Australian fund, Local Government Super (LGS) had a rough time in the global financial crisis. It performed poorly and its board became risk averse. As a result, by June 2011, the portfolio was restructured around a passive core. About a third of it was in passive investments, and in some core asset classes such as Australian equities and international equities, 50 per cent was managed passively. Australian bonds were entirely passively managed.

This plan was centred on reducing management fees at a time when performance was off, and as chief investment officer Craig Turnbull says, it was about controlling risk relative to the benchmark.

Fast forward to June 2018 and the $11 billion fund has no passive investments.

Over the last seven years, it has gradually allocated more and more of its portfolios into active strategies, culminating with the final chunk that was still passively managed – 10 per cent of international equities – moving to active last year.

Within equities, the change was focused on finding managers that were risk controlled. It’s true that some of LGS’s assets are managed in enhanced passive. In fact, four low-risk quantitative managers – State Street Global Advisors (SSgA), Hermes, BlackRock and AQR Capital Management – now account for 40 per cent of all equities, but “enhanced passive is still active”, Turnbull says.

The preference for active management came as Turnbull and the board gained confidence in finding active managers.

“We wanted managers that had a good track record and were willing to back themselves,” he says.

As part of the deal, new fees were put in place – a base rate that is the equivalent of a passive fee, and a performance fee where the manager keeps 10 per cent to 15 per cent of the outperformance over the benchmark.

These enhanced passive managers are complemented by a handful of highly concentrated active managers, with some mandates, such as ECP Asset Management and Ubique in Australian equities, holding only 20 to 30 stocks.

“Moving to active has worked well for us and our members,” Turnbull says.
For the period ending March 31, 2018, performance numbers from the fund’s custodian, JP Morgan, show that for all of the LGS diversified funds, over one-, three- and five-year periods, active management has added value after fees and costs.

“Every one of the 13 asset classes is outperforming; this is not what you’d expect and it is largely due to active managers,” Turnbull says. We have been in alternatives for eight to nine years, and they have very high fees, but even there we are getting positive returns after fees.”

In Australian equities, the portfolio has a slight tilt to small caps, with an allocation of 14 per cent, versus the 11 per cent benchmark, and while Turnbull acknowledges that “this has helped a bit”, he says the performance is still largely due to manager outperformance.

Similarly, in international equities, there is an emerging-markets tilt, with a 14 per cent allocation versus the MSCI benchmark of 10 per cent. But again, Turnbull says most of the outperformance has come from managers, rather than style or geographical tilts.

Turnbull says 80 per cent to 90 per cent of the fund’s outperformance has been due to managers.

It’s a story LGS is keen to tell.

The team feels passionate about the impact active management has had on the fund’s performance, and ultimately
the benefit to members.

It thinks the widespread focus on costs is potentially to the detriment of members’ outcomes, and the fund has been actively engaging with ASIC about the complication of assessing MySuper products on fees alone.

“The RG 97 disclosures don’t make sense,” Turnbull says. “Our outperformance is because of the good performance from our active managers. We think the current disclosure regime is biased against active management. But active does add value for members. In this context, does RG 97 really make consumers make the right decision?”

Analysis by LGS over the last three years shows that a low-cost alternative would have produced 69 basis points a year less than the current LGS balanced fund, which includes alternatives and active management.

Chair of the investment committee, Craig Peate, acknowledges that it was a bold move to shift away from the fund’s traditional passive investment philosophy, especially after the GFC.

“It took foresight and a concerted effort over the last seven years to convince the board and investment committee on the merits of active management and in particular manager performance,” he says. “We watch closely the benefit the members and the fund obtains from higher manager fees.”

Despite the shift to active, the tracking error of the portfolio has not increased.

“We have a 2 per cent limit on tracking error in the major sectors and the portfolio is now sitting well below that,” Turnbull says.

In Australian equities, for example, he tracking error of the portfolio is sitting below 1 per cent, and Turnbull is, in fact, looking at ways to take on more risk. This might mean a re-weighting to more concentrated managers or allowing managers more freedom to move within mandates.

“This doesn’t mean more market risk, but it could occur in manager weightings or liquidity levels, there are ways to take on more risk,” Turnbull says.

The fund has a limit of 25 per cent it can invest in illiquid assets across Australian direct property, defensive alternatives, opportunistic alternatives and private equity.

“I think that is a bit low,” Turnbull says. “In practice, we have to run it at around 20 to 21 per cent, so we don’t have to sell at the wrong time. Maybe we consider a larger illiquidity allocation.”

LGS has been well recognised for its commitment to sustainability. And Turnbull believes the integration with the sustainability team, led by Bill Hartnett, has given it an edge in manager selection.

“Being a long-term investor, we want managers that are focused on the long term,” Turnbull says. The fund has a relatively low turnover of managers – about one to two a year.

“Some managers have been with us a very long time; for example, PIMCO has been managing money for us for 16 years and BT for 12 years,” he says. “But even though we are a long-term investor, we like to be able to terminate managers at short notice. We need flexibility.”

Turnbull points to some good manager appointments in the last year. These include Resolution, a local global real-estate investment trust manager, and BlackRock for a low-risk Australian equities mandate that Turnbull says is “off to a fantastic start”.

He also says the fund’s sustainability bent has led it to some good niche managers at the margin, such as Attunga, which is “a little hedge fund with incredible performance” that invests in the Australian electricity market. It’s returned 15 per cent for the last seven years, annualised.

The main consultant is JANA, and the investment committee typically takes on its recommendations, which are supported by the consultant and Turnbull’s team.

“We have good support from the investment committee, about 90 per cent of the things we take to them with the consultant they support. But if it’s a new field or they need more time, then they take the time,” he says.

Within alternatives, he gives credit to the advisers the fund has used. For the last three years, this has included Cambridge Associates, but for a long time the principal adviser was Quentin Ayers. These advisers did much work to get the fund access to managers that
have performed well, and Turnbull acknowledges the importance of this access.

“Managers like Bain have been amazing, and Quadrant has been good. You can’t get access to new funds unless you have relationships,” he says.

While traditionally reliant on consultants, Turnbull acknowledges that the internal team of 10 has improved, in particular in areas such as manager selection, and has now built up a good long-term record.

The vast majority of LG Super’s assets are managed externally but the fund does manage a 5 per cent property allocation in-house. It’s been a star performer, returning 21 per cent a year over the last three years.

The portfolio is Sydney-based direct property across retail and industrial, and has a very high green rating.

“The portfolio has 5 green stars, which is very high for a portfolio of older buildings. This hasn’t hurt our valuations and our tenants are happy. Our team has performed very well,” Turnbull says.

In the last six months, the fund has had a governance review and a strategic asset allocation review, which resulted in a swing towards international equities and away from Australian equities.

“A year ago, we had more Australian equities than international equities, [unlike] other funds, now we are winding that back,” Turnbull says.

For example, it measures the positive value add from the fund’s focus on sustainability and reviews a monthly table on the performance of its sustainability-focused managers.

“They have always made a positive contribution. Not every manager is adding value over every period but as a total they are,” he says.

“We have developed a framework that rates managers on sustainability. Every manager gets a rating, we like to invest with leaders.”

The investment committee also tracks every decision it makes and rates them all as good or bad.

“The biggest lost opportunities for the fund have been the managers we looked at but didn’t hire. But you can’t invest in everything,” Turnbull says.