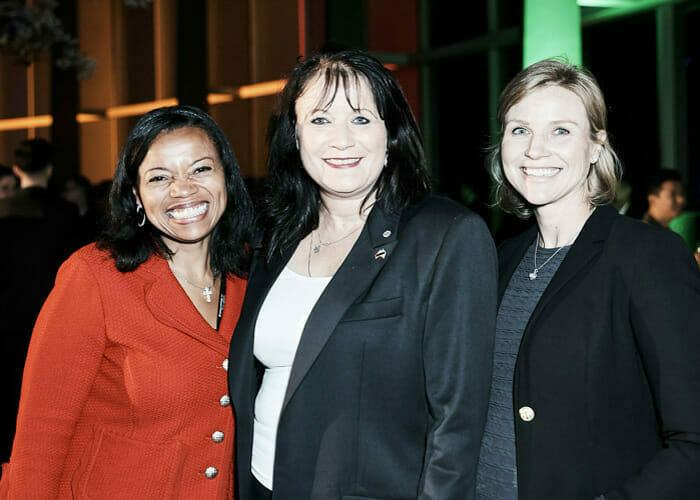 Asset owners play an important role in advocating for diverse and inclusive workplaces at service providers and the companies they invest in, Bloomberg’s global head of diversity and inclusion, Erika Irish Brown, says.

“Everyone is in search of alpha,” Irish Brown says. “What information are investors leveraging to find that alpha? A lot of big pension funds put out [requests for proposals]. What questions are they asking? Are they asking diversity questions?”

She urges investors to think about the positive impact of diversity on their investments, and cites the way the various networks in a diverse workplace might help generate private-equity deals.

Irish Brown, who has decades of experience working for diversity, including as senior vice-president of diversity and inclusion at Bank of America, says when she first started in such roles, all the data points were anecdotal.

Now there is a huge body of work around the outperformance of companies with women in management and on boards, from organisations with great academic backing, such as McKinsey & Co. and Catalyst. There is also a developing movement around the impact of women’s employment, as exemplified by Womenomics in Japan.

“We have spent so much time on making the business case but now I hope you don’t have to do that,” Irish Brown says, adding that she sees diversity as more as an opportunity for investors.

Irish Brown says Bloomberg has always been an innovative workplace with an open and transparent culture. But the financial services and technology industries, in which Bloomberg operates, have not always been inclusive and diverse in their hiring.

The Bloomberg diversity agenda is coming from the top. Bloomberg chair Peter Grauer has always been deliberate in promoting diversity and making it a business imperative, Irish Brown says. It’s not an HR-driven set of mandates. Each business has a diversity and inclusion business plan and set of goals, and Irish Brown’s team provides resources to help implement those plans.

The only goal Bloomberg states publicly is that its senior leadership will be 30 per cent women by 2020, and Irish Brown says “we are making progress towards that”.

“We also do employee surveys around engagement. It is not just about representation but also career progression, attrition rates and external hires – it’s the whole cycle,” she says.

Diversity and inclusion also have a profound effect on limiting staff turnover, she says, with employees of a diverse and inclusive culture being more highly engaged and productive.

Data that makes a difference

One of Bloomberg’s key business offerings is data, and through data it also aims to drive change in corporations with regard to diversity.

The index uses gender statistics to track how companies demonstrate their commitment to diversity and inclusion by promoting women into management. It also factors in company policies and goals set to maintain and improve a diverse working environment and promote women, including initiatives such as gender-neutral family support.

Product offerings, whether companies publicly support women, and an organisations’ commitment to women’s empowerment – including financial resources and opportunities for women clients – also affect the index.

In 2016, the GEI revealed that the percentage of women on boards in financial services firms (at that time it covered only the US but in 2017 its reach became global) was 12 per cent.

The survey also found that the proportion of women who get stuck in middle management in financial services is greater than at S&P 500 companies in general. This is despite the evidence that having more women in leadership roles has a positive impact on performance metrics and share price.

“In general, financial services companies recognise they need to improve diversity and are putting resources behind it,” Irish Brown says, adding most now have chief diversity officers.

“Through diversity and inclusion, you can attract the top talent, have better decision-making, and create a culture of innovation. As a technology and media company, that is important for us. It also helps us deepen our relationships with clients and become a connector of people and ideas.”

Irish Brown says having debate is an important part of innovation, and the fact that diversity is not easy means debate comes naturally. This means innovative cultures are a natural by-product of diverse and inclusive workplaces.

“If everybody’s perspective is from the same education and the problem solving is the same, then you won’t have the discourse and debate,” she says. “When you’re challenging the status quo and the most common approach, ultimately you are able to innovate. Disruption leads to innovation, and diversity is supposed to be disruptive.

“For example, in a 100-year-old bank, the leadership pipeline has existed for a long time and people hire in their own image. Most people are averse to change and that has nothing to do with whether they are a good or bad person. It’s a little more difficult or time-consuming to create that disruption in a way that doesn’t create big backlash or become counter-cultural,” she explains. “But when people experience it, and when they are introduced to a new pool of talent, there’s enthusiasm. It is very much experience based. You have to be a courageous leader.”

Diversity is not enough on its own, however, she says. It’s important that the culture can deal with the diversity and be inclusive.

“You need to be prepared to acknowledge that diverse teams are harder to manage,” she says, adding that diversity, which goes way beyond gender and is embedded in Bloomberg’s business, so that it affects its products. The company scored a perfect 100 per cent score in the 2017 Corporate Equality Index, which is a US-based report that benchmarks corporate policies and practices around workplace equality for lesbian, gay, bisexual and transgender people.

“We have enhanced our offerings for people with disabilities; for example, the screen colour changes, for those who are colour blind. We look at it from a product point of view,” Irish Brown says. “Bloomberg journalists will ask everyone on air about diversity and inclusion, even if they are there to talk about another issue. It is the intent of our people to run with it and engage with it as a business imperative.”

On Wednesday May 17, Bloomberg lit up its offices with giant rainbow lighting to celebrate International Day Against Homophobia, Transphobia and Biophbia. This photo was taken at Bloomberg’s Australian office at One Bligh St.