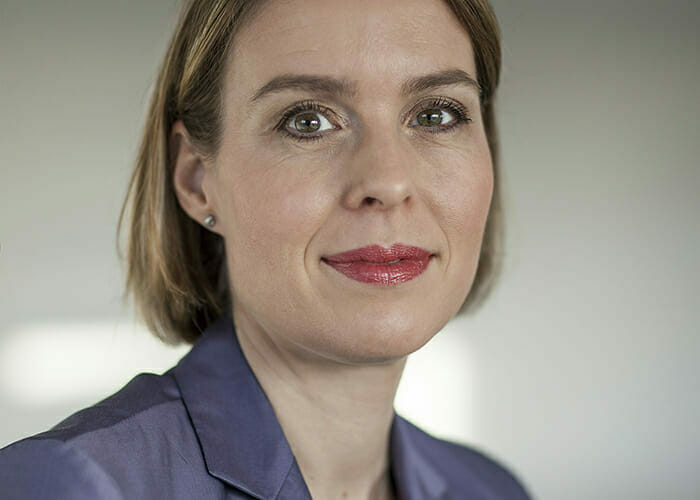 Imke Hollander, head of investment strategy and policy at Dutch fiduciary manager Blue Sky Group, has spent most of her career specialising in alternative beta strategies.

“My background in physics does help because I am not afraid of numbers. I can see through numbers to work with the formula, which usually finds the answers,” says Hollander, who holds both a master’s degree and a PhD in physics from the University of Amsterdam. “The difference is that in physics there is only one answer. In investment, there are hundreds of possible answers.”

It is a confidence and familiarity analysing and explaining numbers and complex investment strategies that the Dutch central bank (De Nederlandsche Bank, DNB) is increasingly demanding of the country’s pension fund trustees.

Hollander and her colleagues are spending more time than ever convincing investment committee members from the seven different funds for which Blue Sky invests of the merits of certain strategies.

“Pressure on trustees from the DNB to make them responsible for investment has slowed down our decision-making process.

As long as they are responsible, they cannot put anything in the portfolio they don’t understand. It is difficult and frustrating for us if we are convinced of a strategy,” Hollander says, voicing a widespread irritation in the Dutch pension sector with the tightening regulatory mood, which critics say is slowing down investment decisions and forcing pension funds to be risk averse and bureaucratic.

The task of talking through technical strategies with trustees is top of mind for Hollander. She is working to expand a defensive equity portfolio.

Twenty per cent of the manager’s equity allocation is invested in these low-volatility, maximum-diversification strategies, which she has championed since the allocation was first introduced at the group seven years ago.

“We are currently thinking of extending the universe to emerging market equities, which may take defensive equity to 25 per cent of the entire equity allocation. There is less data available in emerging markets for these kinds of quantitative strategies, but it is there if you know where to find it,” she says.

She characterises defensive equity as “reducing risk but maintaining performance” and a strategy that “is designed for risk management and not return enhancing”.

She points to long-term research that shows the strategy brings “at least” the same return as traditional equity but 25-30 per cent less volatility. It is an allocation that was deemed pioneering when it was introduced at the group but is commonplace now.

“It was more difficult finding managers back then,” she recalls. “Back then, there were not many low-volatility managers, and even fewer you could take seriously.”

It was an experience she likens to the challenge of finding managers for Blue Sky Group’s Dutch residential mortgage portfolio when the fund diversified its fixed income allocation into this asset a few years later, in 2014.

“There is always a limited manager universe if you are using newer strategies,” she says.

Blue Sky Group manages €20 billion ($21.6 billion) on behalf of seven pension funds with more than 100,000 members. The bulk of assets belong to Dutch national airline KLM’s three pension funds – for pilots, cabin crew and ground staff. All assets are pooled and externally managed. Blue Sky has 11 internal manager selectors and about 80 asset managers on its books.

In fact, Blue Sky tends to blend active and passive management and Hollander questions hard and fast distinctions between the two strategies.

She characterises defensive equity as an active strategy, and says that although the group’s buy-and-hold approach with inflation-linked bonds is regarded as passive, it is just as easily characterised as active since it is “not doing what the market is doing”. Allocations in emerging markets are active, with a small passive component for liquidity.

Private debt and other possibilities

The pension funds Blue Sky manages typically hold 45-55 per cent of their assets in fixed income. In addition to inflation-linked bonds, allocations include more performance generating assets, such as local currency emerging market debt, high yield and the Dutch mortgage allocation. The manager is considering whether to advise clients to add a private debt allocation, too.

“This would be a new asset for us. We are still investigating how much it would cost and how we would implement it. A final decision hasn’t been taken yet,” Hollander says.

Other than this, Blue Sky has no plans to change allocations, based on an asset liability management study in 2015, she advises.

“This might trigger a different asset mix and a fresh approach but it won’t change much,” Hollander says. She also ponders whether pooling assets will continue to work long-term, because of the changing needs of the different schemes.

“We are seeing more difficulties around pooling because schemes want different things; for example, [environmental, social and governance concerns are] becoming more important for some than others,” she explains.

KLM continues to rule out any allocations to hedge funds.

“The reputation hedge funds have is not always fair. But strategies are not always that transparent and we’ve given up looking at it too much,” she says.

It means Blue Sky will have to look elsewhere for investment opportunities, such as the 10 per cent allocation to private equity, which will increasingly focus on direct investments. The team has two skilled in-house investment specialists and is “fully committed” to directs.

“We have enough in-house knowledge to go direct and this will save on fees,” Hollander says.