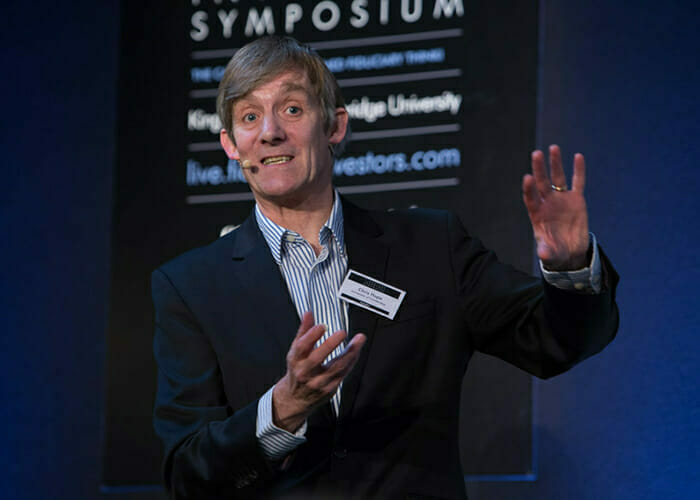 “We have to do something to raise the costs of climate change; regulation will have a bigger cost than a tax,” he said.

“So we should charge $100 per tonne on emissions that go into the atmosphere – if we were to do that in the UK we would end up with revenue of about £50 billion per year. This won’t destroy the economy, it would stimulate the economy.”

However, Hope, who was the lead author on the UK’s Third Assessment Report of the Intergovernmental Panel on Climate Change, warned that revenue raised from a carbon tax should not be put it into subsidies for green investments.

“Governments are very bad at picking those winners; they should put it back into general revenues.”

Hope was also the specialist advisor to the House of Lords Select Committee on Economic Affairs Inquiry into aspects of the economics of climate change, and an advisor on the PAGE model to the Stern review on the Economics of Climate Change.

He uses an integrated assessment model for climate change policy that integrates science with economics and talks about the effects for policy makers and investors. It gives a mean estimate of the social cost of CO2.

It builds in some views of the future relating to demographics, emissions, atmospheric considerations, radiation and global climate, regional climate, direct impacts on ecosystem crops, then social and economic impacts.

The model Hope provided to the Stern review and US EAPA is called the PAGE model and divides the world into eight regions; uses 10 analysis years up to 2200; four impact sectors including sea level, economic, non-economic and discontinuity; looks at two policies and their differences; includes 112 uncertain inputs; and does 100,000 runs to calculate distributions of outputs.

The session was chaired by Fiona Reynolds, managing director of the Principles for Responsible Investment (PRI), which has called on governments to take the COP21 seriously and has called for a price on carbon. The PRI investor statement on climate change is signed by 204 investors with $20 trillion. 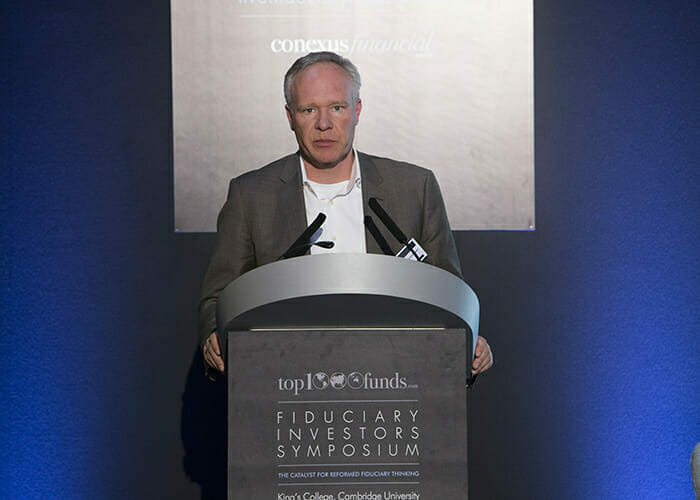 Investors, including ABP and EAPF, outline how they are putting their money where their mouth is with clear action plans to de-carbonise their portfolios and push for policy action on climate.
Amanda WhiteApril 29, 2016

Investing in the real world