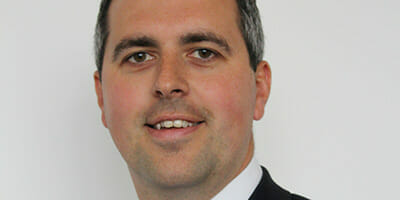 Each of the funds will retain their own strategic asset allocation, but assets will be pooled and managed by a new regulated investment management company that will provide services to both funds. Investments will be managed both internally and outsourced to fund manager providers.

Further, the new organisation which will manage the funds combined assets of £10.4 billion will be set up such that it will be made available to other funds

There are other UK funds – USS is one obvious example – that have created investment companies that are at arm’s length from the trustee. But Chris Rule, chief investment officer of LPFA, says this goes one step further than many private sector peers as the organisation will be set up so it can manage money for third party funds in the future.

“The number one priority is getting this working for London and Lancashire. But we are very cognisant of interest from other prospective partners and our longer-term plan is to scale this up to about £30 to 40 billion,” he says.

The obvious benefits to both funds of pooling assets include cost savings from economies of scale, negotiating power with funds managers, and also the ability to bring investments in house.

According to David Blake, professor of pension economics at the Cass Business School, the average size local authority fund in the UK is £2.3 billion but there is a huge disparity in the amount spent on investment costs. In 2014/15 the LPFA spent around £31 million on fees, but some local authority funds have spent a lot more.

“This pooling of assets will drive economies of scale in a number of ways,” Rule says. “There is the straight forward fee. We are allocating more money so we will get a better deal with service providers. We will also be able to manage more money in house, which will present savings. And with greater assets under management we are able to allocate meaningful amounts to assets such as infrastructure where you need to have big equity tickets to influence the asset. The larger AUM will allow large investments while maintaining appropriate diversification.”

A conservative estimate is that pooling of assets will save £32 million over the next five years across the two funds.

“The envisaged savings are based on some straight forward assumptions and we believe we are being conservative. We have spoken to managers and asked for revised fee proposals, and we’ll also realise some savings from managing a portion of the assets internally. We have offset that savings against the transitional costs as well asome permanent incremental costs, such as the increase in investment professionals, and overall we think we’ll save £32 million, and that’s straight to the bottom line.”

Each of the funds will maintain their own asset allocation and strategy and then allocate down to various pools run by the new company. The underlying pools will have varying investment mandates, some will be managed internally and some externally.

The LPFA has around 34 fund manager relationships, most of which are in private markets.

The LPFA now has about £600 million in equities managed internally, which is about 12.5 per cent of assets.

The new organisation, which is still to get regulatory approval, will combine both the investment teams of LPFA and Lancashire, and Rule says there are significant plans to expand the number of investment professionals beyond the combined team of 14.

As the breadth and skills of the internal teams increases the proportion of assets managed internally will also increase. However, internal management needs to meet the same tough standards that are expected of external managers.

While Rule says that pooling assets is a reason to reflect on the asset allocation, and indeed there is currently an internal review under way, he does not expect any dramatic changes to asset allocation.

LLPP will, however, focus on defining and articulating the common investment pools that will be the investment building blocks. This will allow for better communication to the regulator and also potential partners.

“We want to demonstrate this as a model for collaboration, it is important we set it up in a way that works for other schemes. This may be working in a holistic way, as is the case for LPFA and LCPF or in a single asset class.”

LPFA already has a separate jointly owned investment vehicle for infrastructure with the Greater Manchester fund, and Rule says there have been specific enquiries from other investors in some other asset classes, particularly private assets.

The new investment organisation will be a full pension services organisation, providing both investment and pension administration services to the two local authority funds, as well as risk management both in investments and covenant risk. It is currently preparing the regulatory submissions for the operating investment company and the various fund vehicles with a target “go live” date of April 2016.