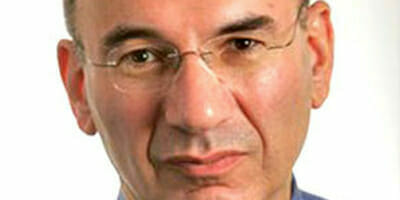 Automatic exclusion of coal or petroleum producers is not an effective way for the Norwegian Sovereign Wealth Fund of addressing climate issues, according the report of the expert group on investments in coal and petroleum to the Norwegian Ministry of Finance.

“We believe the use of the Fund as a climate policy instrument beyond what is compatible with its role as a financial investor would be both inappropriate and ineffective,” the report says.

The expert group, listed below, was appointed by the Ministry of Finance to evaluate whether exclusion is a more effective strategy for addressing climate issues than the exercise of ownership and the exertion of influence, and the path forward for the Government Pension Fund – Global, the largest sovereign wealth fund globally.

One of the expert group members, Elroy Dimson, emeritus professor of finance at London Business School and chairman of the Strategy Council for the Norwegian Government Pension Fund, said for a fund as large as Norway’s it is inappropriate to exit from fossil-fuel stocks.

“With Norway’s muscle, there is more to be gained by engaging with companies, regulators, and governments. That is a big agenda for the Fund,” he said.

“The Expert Group has built on earlier work undertaken by the Strategy Council, the Ministry of Finance and NBIM. We have recommended a focus on engagement.”

“Divestment involves, selling Norway’s shares to other investors. That may on rare occasions be appropriate. However selling shares is not an effective tool for addressing the challenge of climate change.”

The recommended approach – which favours engagement, research and case-by-case exclusion – is consistent with other large investors that have made decisions around climate change, including the Harvard endowment

Students at Harvard have protested against the endowment’s holdings in fossil fuel companies, but Mendillo said it was better to be engaged than to walk away.

“Harvard as an institution is putting considerable intellectual capital and other resources to addressing the substitutes for fossil fuels using less energy and developing regulation and systems that put a price on carbon,” she says.

“Divestment is not the answer. As investors, by remaining active owners and shareholders we have a greater chance of impacting climate change than we do by stepping away from the table.”

The expert panel to the Norwegian Ministry of Finance, distinguished between good owners of fossil fuels – including petroleum and coal – and those that were not, saying the Norway Pension Fund – Global has the opportunity to be a “good” owner as it is a large, long-term owner with a clearly articulated active ownership and engagement strategy and the perseverance to implement it.

“We consider climate change raises important ethical and financial questions that the GPFG’s strategy must address,” the report says. “We propose a strengthening of existing active ownership priorities. This should be the primary tool for the GPFG to address climate change risk. We also propose that the Fund continues to support relevant climate change research. Finally, we propose a mechanism whereby the worst cases of climate offenders can be excluded from the Fund on a case-by-case basis. The ownership efforts should be the primary tool, and the exclusions and engagement processes should work together in a coordinated way. However, we believe the use of the Fund as a climate policy instrument beyond what is compatible with its role as a financial investor would be both inappropriate and ineffective.”

Some investors do adopt an exclusion policy, and in May this year the $18.7 billion Stanford University, after pressure from its student and academic community, announced it would not invest directly in publicly traded companies whose principal business is the mining of coal for use in energy generation.

Institutional investors allocate according to their investment principles and Stanford’s investment policy, adopted in 1971, says the trustees’ primary obligation in investing endowment assets is to maximise the financial return of those assets to support the university. It also says that when the trustees judge that “corporate policies or practices create substantial social injury”, they may include this factor in their investment decisions.

“Stanford has a responsibility as a global citizen to promote sustainability for our planet, and we work intensively to do so through our research, our educational programs and our campus operations,” said Stanford President John Hennessy at the announcement of the divestment plan.

The resolution means that Stanford will not directly invest in about 100 publicly traded companies for which coal extraction is the primary business, and will divest of any current direct holdings in such companies. Stanford will also recommend to its external investment managers, which invest in wide ranges of securities on behalf of the university, that they avoid investments in these public companies as well.

The board of the $29 billion Australian industry fund HESTA recently decided to restrict investments in thermal coal. The decision was made in the context that new or expanded thermal coal assets face the highest risk of becoming stranded before the end of their useful life, and to invest in them is not prudent or in the interests of members in the medium and long term.

It also has tobacco company exclusion across its portfolio. And this investment policy is consistent with the profile of the 785,000 members on whose behalf it invests assets. HESTA is the health industry pension fund.

The expert group on investments in coal and petroleum companies, appointed by the Norwegian Ministry of Finance

The full report is available here