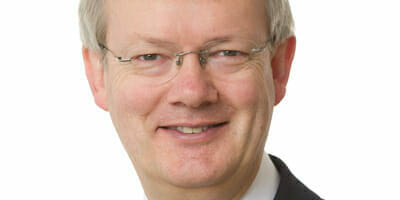 The Towers Watson Global Pension Asset Study this year showed that in the past 10 years defined contribution assets in the largest seven pension markets have been growing at a rate of 8.8 per cent per year, outstripping growth of defined benefit of  5 per cent a year.

In the UK one of the most recent defined contribution funds is NEST, set up by statute and run on a not-for-profit basis by an independent trustee. It is one of the pension schemes employers can use to meet their new duties of automatic enrolment, and the only one with a legal duty to accept any employer who comes to it. The reforms have been introduced slowly with large employers first and by 2018 they will cover all employers via different staging dates.

Employers need to automatically enrol all workers not already a member of a workplace pension, aged at least 22 but under state pension age and earning more than £10,000.

The fund has spent a lot of time tailoring its offering with its members in mind, looking at its investment design and how it communicates with members and how to best work within the defined contribution parameters.

“Defined contribution is sometimes characterised by the pot holder, the individual, having all this work to do and not being equipped to do it. It’s really important that we express that NEST is a million miles away from that. When you buy a car you don’t have to design the engine. This is a complicated business that requires a focus, we don’t expect members to direct that, and we will be transparent in communicating,” chief executive of NEST, Tim Jones says.

About 99.8 per cent of members are in NEST’s default structure and Jones says “we think that is fantastic”.

“What we have learnt from defined contribution is that a good percentage of the UK working population have little interest or expertise in investing and expect you to do this for them.”

The fund spends a lot of time on its messaging – in communication and marketing materials – cognisant its target market is approximately 90 per cent of the UK working population.

“Going from defined benefit to defined contribution means most funds will have disengaged members. So this means you need to offer a competent default structure and be able to explain why it’s appropriate for them,” Jones says.

NEST’s default is made up of 47 single-year target date funds, risk managed for each year of retirement. It also has a range of focused funds including ethical, Sharia, lower growth and higher risk options that have the same low charges as the default funds.

“We like the target date structure because it’s a great way of managing volatility through a lifetime,” Jones says, “but we quickly rejected mechanistic funds for a dynamic approach because to not take care of market conditions is careless.”

The fund is relatively low cost with all members charged the same fee of 30 basis points plus 1.8 per cent on contributions, which is roughly equivalent to a total cost of 50 basis points.

“Scale and automation allows us to deliver a high quality defined contribution product at the equivalent of 50 basis points,” Jones says.

Jones does not under-estimate the importance of communication in what the fund does – both in tailoring offerings with the investment approach based on research into members, and in outbound communication to members.

It’s latest survey in July this year, on the back of government changes to pension arrangements which abandoned compulsory annuitisation, shows that pension providers must seek to understand the root causes of savers’ concerns and tailor products and communications accordingly in order to build trust and confidence in pension saving.

The research report revealed that there is a gulf between the traditional approaches to defined contribution pensions and consumer expectations. And that communication is made all the more difficult by the fact that consumers find pensions both dull and, counter-intuitively, emotive.

The research unpicks what lies behind consumers’ attitudes to pensions, their appetite for greater certainty of outcome and what they are and are not prepared to trade off to achieve it.

It also explores how an understanding of savers’ fears and expectations can help providers develop communications that mitigate potentially harmful emotional responses to risk and investment.

One of the surprising results of the survey is that most consumers think that pensions are already guaranteed and they are not prepared to pay more for greater certainty of outcome.

In addition, another challenge for providers particularly in the defined contribution context, is that the survey found consumers are looking for a level of certainty in response to the question “what will I get in the end”, that isn’t possible for providers to give.

Pension providers in the UK are all undergoing product design transformation as they investigate how and what to offer members in retirement.

The government recently announced that from April 2015 annuities are no longer compulsory.

In the past providers such as NEST would need to manage the annuity conversion risk, and Jones says this was factored into the design of its target date funds.

But now that members can take a lump sum, at their marginal tax rate, it will impact the fund offerings.

“It is a very significant change and we are currently looking at what we are going to do to assist our membership.”

Jones is keen to further the conversation about the “U-shape” of retirement spending – the fact that consumers initially spend, then sit and don’t spend, and then have another high spending phase with healthcare costs.

“My view is there is nothing wrong with annuities as a product but not to buy them at age 65. Maybe keep saving until 70s or drawdown until 70s then buy an annuity. We are having a lot of conversations with people here and overseas about this.”