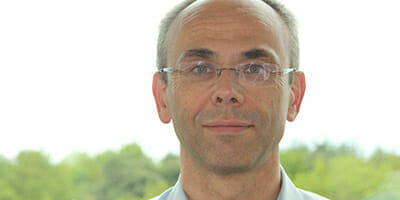 The Dutch Philips pension fund has traditionally had a low risk profile, managing a separate liability-matching porfolio and a return-seeking portfolio. A new agreement with its members means it will rethink its  investment strategy, with inflation-sensitivity one of the priorities.

The €15 billion ($20 billion) Philips Dutch pension fund is set to go “back to the drawing board” on its investment strategy after reaching a fundamental new pension agreement with its members.

The Dutch electronics giant is no stranger to invention, having produced both the first DVD and compact cassette. A series of changes linked to the introduction of a new national pension agreement in the Netherlands are now set to get its pension fund in innovative mode.

Rob Schreur, chief investment officer of Philips Pensioenfonds, explains that the fund’s trustees have determined to aim for a real rather than nominal benefit ambition in the future.

“Our members also feel a real pension matters, and as a result we’ll need to go back to drawing board to see if our investment strategy matches this objective,” Schreur says.

In addition, an agreement between Philips and the unions was reached regarding the introduction of a collective defined contribution pension agreement, Schreur explains.

Discussions are due to be held at the end of 2013 on questions such as if and how to build inflation sensitivity and protection into a new-look investment mix. Any major investment changes will need to be approved by regulators at the Dutch Central Bank.

Questions about implementation “with the best way being not in a hurry” would then need to be addressed, says Schreur.

The fund adopted a liability-matching concept back in 2005.

Schreur concedes that while the approach has many strengths there are also weaknesses. He outlines these as getting a precise picture of liabilities, setting an effective discount rate and finding instruments to match the risk assumed in the discount curve.

He reflects “there has been and probably will continue to be a lot of discussion regarding the regulatory curve used to discount liabilities, which in itself is a case in point regarding the various, prudent, curves which might be considered.”

“However, you have to admit over the last couple of years that government bonds across the world have a lot more risk than was expected 10 years ago,” he says.

Schreur is confident that the Philips fund’s liability-matching portfolio has continued to deliver decent returns despite low government bond yields.

“In the run up to the low yields the matching portfolio had a particularly good return, and our 6.5 per cent average total returns over the last five years are higher than most Dutch funds,” he says.

The low-yield environment and the Euro crisis in particular have inevitably led to some changes.

“What we did over the last couple of years was try to get a good view of what might happen in Europe and adapt the risk profile of the matching portfolio to balance the risk of continuing turmoil in the Euro area or even a break-up,” says Schreur.

Greater international diversification has proved a suitable answer to the dilemma. Interestingly though, despite lowering its exposure, the Philips fund showed determination to cling on to Italian and Spanish government debt by lowering its minimum credit requirements.

“We felt it was worth keeping some Italian exposure rather than getting negative real yields from Germany,” Schreur says, but of course this was a risk-balancing act, he adds.

Mortgage investments are held by the Philips fund to aid the diversification of the liability-matching portfolio.

“The spread on mortgage investments is attractive at a couple of per cent over government yields in the Netherlands,” he says.

Schreur takes pride in the fact all these changes were managed while the fund maintained its low-risk credentials.

“Using a cost-effectiveness analysis and comparing to other funds we are at the lower end of the risk profile, with asset risk slightly over 3 per cent compared to a median of 8 per cent,” adds Schreur. “All that is history though, and we have to look forward.”

The fund’s €4.5 billion ($6 billion) return portfolio is dominated by equities, which has a 55 per cent strategic weighting. Real estate takes 15 per cent strategically, with 10 per cent in both emerging market and high yield bonds, and another 5 per cent earmarked to both commodities and cash.

The return portfolio aims to cover the fund’s longevity risk. This has been quite a challenge, reflects Schreur “as longevity risk is a difficult beast” with unexpected increases liable to occur.

Schreur comments that the fund has received some valuable help from the Dutch government with its increase of the national retirement age to 67, and the tying of future increases to longevity.

Commodities are set to be reviewed to see if they have a place in the new investment mix, reveals Schreur.

Emerging market bonds have had a difficult time in 2013 “but this kind of volatility was more or less to be expected,” he says. Hard currency bonds look most attractive from a tactical perspective though, he adds.

Returns have been “flat” for the first three quarters of 2013 across the whole fund at 0.6 per cent – caused by a 0.7 per cent loss on the liability-matching portfolio. This is a disappointment that has been compensated for by a clear improvement in the vitally important funding ratio up to 109 per cent – made primarily by an increase in interest rates.

That development might not be nearly as thrilling as anything you can listen to on an old cassette or watch on a DVD. It is nonetheless a product of some very different work at Philips’ Eindhoven base that should nevertheless end up pleasing a lot of Dutch savers.