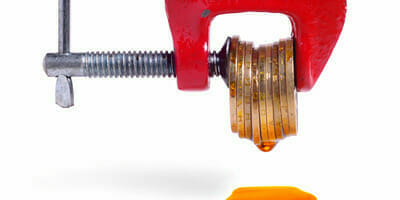 Herr Prof Dr Dirk Lepelmeier, to use his appropriate German titles, would rather be addressed as Dirk. That might be of no surprise to many, but it is actually no small statement in a country where accumulated academic appellations are often regarded as sacrosanct.

Lepelmeier, who has a wealth of insight into the German investment industry with 20 years at Dresdner Bank and over 15 years as head of investments at the €10-billion ($13.7-billion) Nordrheinische Aerzteversorgung (NAEV), might be entitled to another name though – Mr Diversification.

Having recently started an independent consultancy, Lepelmeier is seeking to advise Germany’s investors to reach out of their bond-heavy comfort zones. Around 70 to 80 per cent of institutional portfolios in Germany – and notably some other continental European countries – are invested in fixed income, reckons Lepelmeier, a position he calls “extreme”. This has left funds at the mercy of interest rates and “since 2008 interest rates have not been market driven, they have been politically driven”.

“I feel very strongly that we will have very low interest rates for an extended period of time,” argues Lepelmeier. He foresees central banks intervening to keep future increases of rates to a minimum in order to serve government debt refinancing. Few German funds can therefore expect to gain returns of more than 2 to 3 per cent for the years ahead, he forecasts.

Lepelmeier has scrutinised the possible course of action for politicians in a low-interest rate environment in the coming years. “Whatever politicians do, the only answer for investors is to diversify,” he says.

Equity fears and the heart of the devil

Lepelmeier says German investors are already being forced to diversify away from fixed-income investments, but have a long way to go. “With average equity allocation for German investors around 5 to 8 per cent, they have to overcome their reluctance towards equity markets,” says Lepelmeier.

A poor regard for returns on equity risk has been a feature of the history of German investing, points out Lepelmeier. German investors must also work against regulations that effectively penalise equity holdings in favor of bond investments, he adds. Finally, he feels there is fundamentally less faith in markets in Germany than in major English-speaking countries. “We will invest in equities, but there is always some reluctance at the back of you head, and that keeps allocations low,” Lepelmeier reflects.

Real estate, infrastructure and refinancing are other asset classes in Lepelmeier’s prescription for diversification for German institutional investors.

Real estate is a well established asset class in Germany, but infrastructure arguably has great potential for development – in common with many other institutional investment markets. “In Germany we have to appreciate that our infrastructure is getting old and investment is not coming in quickly enough,” he says. Lepelmeier feels that greater political awareness is likely to result in some incentives being offered to German investors to get involved in infrastructure, either via direct investing or refinancing.

“You don’t have to just buy bonds, put them in the cellar and pick them up after 10 years when the bell rings. We have to be a bit cleverer,” reflects Lepelmeier after suggesting the long-short ploy. Nonetheless he doesn’t have too many hopes of the long-short technique taking off everywhere, adding: “If equity holdings are close to the devil, then long-short strategies are the heart of the devil as far as many German investors are concerned.” Some larger investors that have been relatively open to hedge funds, such as the $75-billion Bayerische Versorgungskammer, could position themselves to benefit though, he says.

Lepelmeier is hopeful that German investors can gradually diversify, saying “they are already on a learning curve like investors in other countries; it’s just that the radius isn’t necessarily very big”.

His future market outlook is as pessimistic as his view on interest rates though, placing doubts on whether diversification will be quick enough.

“If you survive a crisis you try to learn from it, but after 08/09 all there have been are minor changes,” says Lepelmeier. “Politicians were desperate to avoid burdening citizens across Western Europe, so looked to plan around the problem rather than solve it,” he argues. He thinks tougher action on complex engineered products on bank balance sheets has been needed.

“With these risks still there, I think the next crisis will arrive within the next 10 years,” argues Lepelmeier. Together with diversifying, he urges investors to run models into predicting political action in the same way they traditionally monitor interest rates and equity prices.

“You have to be bold and stubborn” to diversify given the regulatory pushes, says Lepelmeier, and ultimately only time will tell whether German investors take up this call.