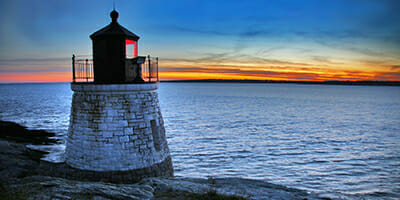 What can other states can adopt from the pension reforms at Rhode Island.

The most significant item from the pension reform at Rhode Island is the fact the Cost of Living Allowance (COLA) is conditional. Or in other words, the fund will only pay the COLA if it can afford to do so.

This simple reform alone, is monumental in the sustainability of the plan, according to professor of finance at Columbia Business School, Andrew Ang, who has just completed a case study on the reform.

“One of the biggest things here is that the COLA is contingent. A lot of COLA’s are automatic, or linked explicitly to inflation but that is incredibly expensive for employers. I’d like that too,” he says. “At Rhode Island there is some indexation, but there’s a formula. It is contingent on investment return above a certain threshold and funding above a certain level, it makes a huge change. If they can’t afford it they won’t pay it.”

In his report, “Saving Public Pensions: Rhode Island Pension Reform”, Ang outlines that Rhode Island’s new COLA is calculated as the five year average plan investment return less 5.5 per cent. It is subject to a 4 per cent cap and a 0 per cent floor, and only applies to retiree’s first $25,000 of retirement income.

Linking the COLA to investments of the fund, and not inflation, is a significant move, Ang says, highlighting similar provisions at the Wisconsin Retirement System, whose stability is due in large part to its treatment of COLA.

In addition to changes to the COLA, the Rhode Island reform introduced a defined contribution plan which would operate alongside the smaller defined benefit plan, with contributions for all employees split between the two.

“The hybrid plan is a compromise and it’s economically reasonable,” Ang says. “It has the buy-in of the workers, they have some skin in the game and have to contribute, but at the same time the taxpayers are not bearing all the risk. It means some of the benefits of defined benefit are retained in that workers know what they’re getting, but the employer is baring most but not all of the risk.”

The power of facts and figures

Gina Raimondo took office as Rhode Island’s Treasurer in January 2011. She spent a lot of the first year looking at reforming the Employees’ Retirement System of Rhode Island because not only was it dangerously under-funded, the published numbers underestimated the extent of the problem. Figures, as it happened, turned out to be her friend.

In the seven years from 2003 to 2010, taxpayer contributions to the fund had risen from $129 million to $303 million and there were concerns that without pension reform that would rise to $1 billion a year within the next 10 years.

In discussing the problem with stakeholders – which included the governor’s office, taxpayers and unions – Raimondo spoke candidly and openly about these figures.

She had commissioned a report, “Truth in Numbers: The Security and Sustainability of Rhode Island’s Retirement System”, which became the songbook that all parties sang from. There were disagreements but they were based on facts and figures, not emotion and politics.

“This is her genius,” Ang says. “Everyone speaks to the same language.”

Raimondo used the facts as an important communication tool to engage with stakeholders about reform.

She travelled around the state, held in-person meetings at town halls, and spoke directly with unions.

“One thing that the Rhode Island case pointed out is that you need facts,” Ang says. “This problem can be solved by starting at a valuation basis, and everything is transparent. Also communication is really important for the government, taxpayer, workers, and unions.”

While Ang acknowledges that Rhode Island is “somewhat special”, partly because it is a small state and Raimondo was able to speak directly with taxpayers, also everyone knows each other so communication was widespread.

But he says the concept of reform, especially the contingent indexation and the hybrid plan compromise, goes well beyond that State.

The investments of the fund, is a rather touchy subject for Rhode Island, with much criticism, and press attention of their alternative investments.

For Columbia’s Ang, the two issues have been collapsed and should be seen quite separately.

“One thing is to ensure the liabilities are paid, and the only way to do that is that the present value of the liabilities is equal to the money you have right now. Second, is the broader issue, of how you best manage the assets in a public setting.”

Ang says this latter issue is the same whether it is the Rhode Island pension fund, which at $7 billion is not that large, or a very large sovereign wealth fund.

There are a number of issues at play when there is public scrutiny, including the lack of ability to pay competitive salaries available in the commercial institutions, and that governance structures not robust because of political interference.

In addition some management and trustees at pension funds are not investment experts and “that would never happen in a commercial entity”, Ang says.

Ang considers the Rhode Island reform to be the first major public pension reform in the US that has been successful – it may not immediately but the fund in a good financial footing, but the process and reform is in place to lead to a sustainable fund.

“In the past it was piecemeal, not coherent and hacked away at the problem rather than tackling it full on, this is really a regime change,” Ang says.

“Hedge funds and private equity are appropriate in certain circumstances, but only if there is some money to manage. The second debate is about the appropriate strategy.”

Ang says the problem on the investments side is that a lot of funds are making investments without contemplating whether their own governance structure is appropriate, including whether investment decisions can be made without political interference.

“It’s discussing whether those investments are ok without the context of how decisions are made. If you do have the governance structure then alternatives may fit in,” he says. “But if there isn’t a good structure in place and decisions are being made to achieve return targets but there isn’t money in the pot to meet liabilities it’s like a paint job on a house that is falling down.”