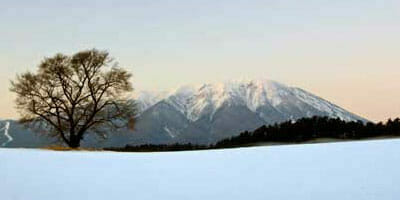 The $46 billion Norwegian DNB Livforskiring has a conservative strategy but it should not be confused with a static approach. The fund revises the investment strategy of its defined benefit offering on an annual basis.

Norwegian pension investor DNB Livforsikring is set to stick to a conservative investment strategy due to continued regulatory pressures, according to Tom Rathke, DNB’s head of wealth management.

The NOK 285 billion ($46-billion) fund, the largest in Norway’s private system, faces a tough funding requirement. It has to set aside returns of around 3.4 per cent every year to meet guarantees on its defined-benefit offering, with parent company DNB’s shareholders picking up the bill for any negative returns.

“There is no symmetry and no claw back in Norway, as if we return above our 3.4 per cent target the extra goes straight to our policyholders. That’s why we have a very, very conservative strategy, which has become more conservative over the past few years,” adds Rathke.

Events away from the idyllic fjords and forests of Norway seem also to be conspiring to keep the strategy’s cautious bent in place.

Despite being one of a handful of countries to have resisted the allure of joining the European Union, Norway is still subject to Europe’s new Solvency II insurance regulations.

Solvency II should further reinforce the strategy status quo at DNB Livforsikring after its likely introduction in 2016, says Rathke.

“Low interest rates and volatility in equity markets also brings us to being conservative,” Rathke points out.

Some 9 per cent of the defined-benefit fund is currently invested into equities, 16 per cent in ‘current’ bonds, 18 per cent in money markets, 41 per cent in hold-to-maturity bonds and 14 per cent in real estate.

It is the hold-to-maturity bond bucket, which currently grants a yield of 4.9 per cent, which is the key to matching liabilities, explains Rathke. This consists mostly of Norwegian Krone-denominated credit bonds rated A- or better, typically issued by insurance companies.

The fund’s 9 per cent equity weighting, while low from an international viewpoint, is typical by Norwegian standards.

“A few years ago all the Norwegian insurance-style investors were at the upper end of the 20s for equity exposure, and now we’re all between 5 and 10 per cent,” Rathke explains.

DNB Livforskiring’s conservative strategy should not be confused with a static approach.

Far from it, as it revises the investment strategy of its defined benefit offering on an annual basis, something which will be useful for the fund’s efforts to navigate through the changing regulatory environment, Rathke says.

The increasing burden of longevity, coupled with the need to meet guarantees every year have also necessitated an annual strategy review. “Building up a cushion for longevity risk is one of our main focuses,” stresses Rathke.

Derivatives and overlays are frequently deployed to take positions on asset classes. “The use of derivatives is very important for us as we don’t want to have the risk management on top,” says Rathke.

Low interest rates have naturally also been a challenge for the fund.

But some shelter has been provided by the fund largely avoiding government paper.

Unlike many institutions with conservative strategies, DNB Livforsikring has only a “very limited” exposure to low-yielding government bonds – mostly from Norway, Sweden, Germany, Belgium and the European Investment Bank.

Norwegian government bonds have been seen as a safe haven in markets over the past few years, making Rathke more enthusiastic about short duration Oslo debt.

Duration in itself is a hot topic for the fund, with the likely impact of Solvency II is making DNB Livforsikring assess duration across its credit investments.

DNB Livforsikring aims for 20 per cent domestic exposure within its equity investments, and as much as 66 per cent of bond investments are made within Norway. Any overseas credit investments are converted into Norwegian Krone to avoid any foreign exchange exposure.

As the defined-benefit fund’s strategy has moved into ever-more conservative territory, the real estate allocation has been lowered from 17 per cent in 2011 to 14.3 per cent today.

The conservative stance has notably also kept DNB Livforskiring’s defined-benefit offering away from any big moves into alternative assets. It does have a small (2 per cent) private equity bucket, but Rathke confesses “infrastructure will not be a direct part of the future of the investment strategy due to the harsh capital charges on it under Solvency II”. There could be some space to get involved in infrastructure loans though, he adds.

Rathke would “definitely say” that the conservative approach is working in meeting the tough liability requirements. He is able to point of “healthy returns” in 2013 of 3.6 per cent up to end of the third quarter of 2013 (above the 3.4 per cent target).

While the defined-benefit offering is ticking along nicely on-target, a new NOK 33 billion ($5.4 billion) defined-contribution portfolio is giving DNB Livforsikring an unusual chance to make some risk ploys. Equity allocations have been set up to 30 per cent, 50 per cent and 80 per cent across different defined-contribution portfolios. Returns have been as high as 16.5 per cent in the first three quarters of 2013.