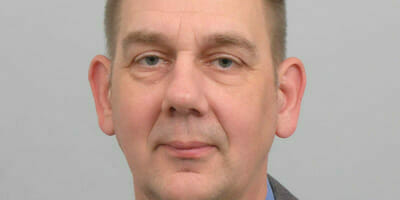 The funding crisis that hit pension funds across the world may be easing – in common with the five-year long economic crisis – but restoring healthy funding levels remains a vital priority for many investors.
The Netherlands’ €4.9-billion ($6.6-billion) UWV pension fund is one of that number. A funding ratio of 98.7 per cent at the end of August was not the lowest in the recent past, but was some way short of the 104.3 per cent that the Dutch central bank has designated as a minimum for its country’s investors.
UWV has been given until the end of August 2014 to meet the minimum as part of a recovery plan. Investment advisory committee chair, Johan de Kruijf, says the funding issue “remains troublesome” due to low interest rates and low returns on the bond-heavy portfolio. De Kruijf thinks that “if markets continue to rise, we can get on track to meeting this target”, but adds that there is also plenty of cause for concern as market volatility does not give him confidence that recent equity returns are sustainable. “Who knows what would happen if there are policy surprises or US or Chinese growth disappoints?” he asks.
While some might suggest substantially increasing the 19 per cent share that the fund invests in equities would ensure a speedier funding recovery, de Kruijf explains that this option is off the table. “You would end up running into regulatory restrictions on taking additional risk,” de Kruijf points out.
The UWV fund is sticking to the defensive asset strategy determined by its 2011 asset-liability management study. While it would have no desire to make strategic changes before a new study is completed, de Kruijf says there is an additional motivation to keep strategy changes to a minimum. “Everyone in the Netherlands is waiting for the new pension regulations to be finalised, which will likely bring a new supervision system in the next 18 months,” he says.
De Kruijf recognises that the new regulatory regime in the Netherlands is set to result in some “serious discussions” on potential investment changes. With detailed negotiations on future discount rates looking likely to set a complex artificial new rate, “it is very hard to say what the consequences of the Dutch pension reforms will be,” he says. “It looks like interest rates would be a bit higher and, by implication, there would be some room for additional risk, but on the other hand the artificial nature could present troublesome issues from a risk management perspective,” he explains. “Nonetheless, if there is room for more risk in our portfolio, it must come from the regulatory arrangements.”

When it comes to playing with risk levels, de Kruijf concedes that the UWV fund’s overlay strategy – worth some 10 per cent of the fund’s assets – currently gives the greatest room for flexibility. This can be achieved by changing interest rate hedging levels, although the most significant contribution of these hedges in recent times has been partially shielding the fund from declining interest rates.

De Kruijf explains that the fund’s sophisticated overlay strategy covers “the economic exposure of all elements in the portfolio”. If decreasing the level of interest rate hedging, for instance, the fund would increase holdings of futures and currency issues in order to ramp up the exposure to equities and return-seeking assets.
These overlay weightings are dynamically set on a monthly basis in relation to the performance of the portfolio relative to the market and the fund’s strategic asset allocation. A defensive position becomes automatically established if the fund is behind on both indicators, with the flipside being true if the fund runs ahead of these markers.
While enthusiastic of the benefits the overlay has brought, de Kruijf is not keen on the possibility of the UWV fund adding to its strategy with other derivatives. He reasons this would end up introducing new risks into the portfolio.

The UWV pension fund has 37 per cent invested in a low-risk fixed income-matching portfolio, with another 25 per cent invested in corporate bonds and high yield.
Keeping its defensive strategy has seen the fund continue a 60-per-cent interest rate hedge. The investor uses AllianzGI as a fiduciary manager for manager selection, but retains its investment strategy responsibilities.
Having a public sector insurer as a sponsor is a motivation for the defensive strategy, explains de Kruijf, as any financial support would be politically problematic. The ageing demographic of the fund also skews it towards risk aversion.
The biggest source of change within the static strategy currently comes within the alternatives portfolio. The UWV fund has earmarked an increase in its alternatives segment from 8 per cent to 17 per cent in its strategic allocation and has been viewing potential new assets as it seeks to reach this level. The fund has been exploring infrastructure, but is not investing just yet. “We will invest in infrastructure when we finalise the requirements and legal set-up of investment vehicles for non-real estate alternatives, including private equity,” says de Kruijf.
Unusually for Dutch investors, the fund has opted to ground its infrastructure and private equity moves in domestic law. “Using domestic law would be a better way to settle disputes if any come up,” reckons de Kruijf.
As soon as the infrastructure investments are finalised, they will join commodities (around 2 per cent of the fund) and real estate in the fund’s alternative bucket. The UWV fund is also aiming to increase its real estate exposure from 6 per cent to 10 per cent in its alternatives drive.
The fund also has a 5 to 6 per cent allocation to mortgages within its fixed income portfolio, which de Kruijf says it may increase if the Dutch government’s national mortgage bank idea is successfully implemented. Hedge funds, however, are not currently of interest to de Kruijf and UWV.
Trying out new assets and tweaking allocations as part of the alternatives drive will therefore remain the focus for the UWV fund until next year brings the deadline for both its recovery plan and pension reforms in the Netherlands.