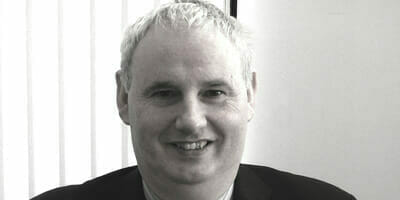 Few industries around the world could have more reason to bemoan their fortune in the recent past than the Irish construction sector, which recently recorded its first month of growth in over six years.

The €1.2-billion ($1.6-billion) fund that invests construction workers’ pension savings on the Emerald Isle has jumped at the opportunities presented by the eventual upturn, most notably by backing Dublin’s equally beleaguered government debt.

Pat Ferguson, chief executive of the Construction Workers Pension Scheme in Ireland, says that a 2 per cent allocation to Irish government bonds was made in 2011 with 10-year yields then at the 13 per cent mark. The scheme plans to continue holding the bonds to maturity, while creaming off a coupon around the 6 per cent mark each year. While Ferguson admits the fund was tempted to sell the bonds when yields plummeted to below 4 per cent, Ireland’s finances are now in such healthy shape that it is set to leave its international bailout program in December.

Ferguson says he would recommend Irish government bonds to overseas investors hungry for yield. “Ireland is still seen as being on the periphery, but Irish bonds have improved significantly and offer a relatively secure yield,” reckons Ferguson. Being on the ground at one of the flashpoints of the euro crisis proved vital in the fund’s decision to back its government. “We decided the risk of the Irish government defaulting was just not possible despite the pressure to do so. It simply would have made no long-term sense in view of its financing worries,” explains Ferguson.

The Irish government bond allocation falls within the considerable 31 per cent of the “member fund” – the largest, defined contribution element of the scheme – that is allocated to alternative and opportunistic investments. Ferguson justifies the significant allocation as “we have to gear ourselves for low single-digit returns over the next 10 to 15 years by remaining as diversified as possible, and by looking at new asset possibilities”.

A recent $54-million investment into an Irish small-and-medium-enterprise fund launched by BlueBay and Ireland’s National Pension Reserve Fund was the latest addition to the alternatives/opportunistic segment. This joins a number of absolute return mandates, some historic venture capital investments and a fusion mandate investing in currencies, commodities and hedge funds.

“The SME fund is very much a long-term investment of the kind we can afford to make as we have greater incomings than outgoings,” says Ferguson. He praises the scheme’s absolute return funds for carrying out their function and meeting benchmarks, albeit feeling “they have not quite been up to scratch this year so far”. The strong correlation between equity and bond markets in the past few years has fundamentally vindicated the absolute return idea, he points out.

The fund has a 44 per cent combined equity and real estate allocation, which is a neutral position within a 35 to 55 per cent bandwidth. Some 25 per cent of the member fund is invested in low-risk bonds and cash, although the fixed interest allocation rises to 39 per cent across the scheme as a whole. This is largely because there is a bond-heavy fund for the annuities the scheme automatically grants to members on retirement.

The scheme will not be tweaking or changing its strategic allocations based on any market predictions resulting from an unwinding of quantitative easing. “Going forward, we have no immediate view of changing allocations without a clear fundamental market shift,” Ferguson says.

The defined contribution nature of the fund, together with its long-term horizon, gives it the potential to take on a “substantial element of risk”. It has recently changed the profile of its “lifestyling” asset mixes so that members up to the age of 55 are now invested in corporate rather than government bonds for their progressively increasing fixed interest allocation. “The return on long bonds wasn’t giving members fair growth,” says Ferguson.

Nonetheless, the fund is happy to keep members on an 80 to 90 per cent fixed income and cash allocation in their final years before retirement. This is done to reduce the threat of volatility eating into pension pots, as any drop in bond prices would also be reflected in cheaper annuities.

Fencing off financials and real estate

The fund has resisted any temptation to take on added risk by dipping further into the depressed Irish real estate market, according to Ferguson. Its real estate investments amount to 7 per cent of the fund, held directly across six office and retail properties in Ireland and in two European funds. “Our Irish properties have lost substantial value over the past few years, of course, but with our long-term focus we are content to wait until the market improves,” he says. Steady rent yield is another crumb for comfort despite those valuation losses.

Interestingly, the Construction Workers’ Pension Scheme shuns financial firms in its corporate debt investments. This is done in order to “take some of the risk out of corporate bonds,” explains Ferguson.

The fund aims for a “cash plus 5 per cent” return target. “As long as our model is working, we are not unduly focused on returns though,” states Ferguson, clearly relishing the freedom that the defined contribution model offers. That also gives the fund a bit of patience with its asset managers. Ferguson argues that it would always prefer to analyse whether a manager’s strategy is sound before dropping one for performance. It relies on Accuvest for investment advice and shortlisting managers.

The Construction Workers’ Pension Scheme has returns around the 5 per cent mark so far for 2013 on top of a 8.9 per cent performance in 2012. It will clearly be looking wide across the asset allocation spectrum to keep returns at that level in the future. It would surely please Irish construction workers to see that at least something they have been building recently has had a nice orderly increase in value.