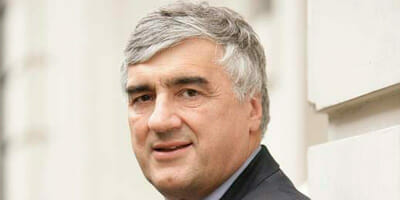 Interest rate risk is the biggest threat to portfolios and the chances of inflation are very high, according to Michael Hintze, founder and chief executive of CQS, who spoke at the AIMA Australia Hedge Fund Forum on September 10.

Hintze believes there is a great deal of moral hazard in today’s markets, mostly in money markets, and the actions of central banks, most notably the US Federal Reserve, to take rates down at the short end has resulted in there being no market signals.

“Printing money is good for equities and credit, but not good for economies or our children. The chances of inflation are very high,” he says. “We are building in a rate-risk measurement as we think that is the biggest threat.”

CQS is a multi-strategy asset manager that places a lot of emphasis on its operational platform, and its liquidity management and risk monitoring capability.

“We are paid to take investment risk, not operational risk,” Hintze says. “This is the reason why we survived the GFC – because we pay attention to this.”

“Long tails are a worry, but the things that really worry me are where I say x and we’ve done y, because that’s a breach of trust.”

The biggest surprise in markets in recent years, he says, has been the correlation to one problem. Outside of markets, the greatest changes have come with the level, and extent, of regulation.

“Normally we would say don’t waste a good crisis. The industry thought about it, but the real change happened with regulation and that is the biggest problem.”

Having said that Hintze believes there is a bright future for hedge funds in institutional portfolios, because “alpha is a big deal; people are hungry for alpha.”

CQS is developing a bespoke alpha product as a response to the search for it. The product will separate volatility, and return and allow investors to put the two together to suit their needs.

“It comes back to transparency – we talk about that a lot.”

Hintze is interested in the geopolitical background that is the backdrop to markets. He predicts China’s economic growth will drop to 5 per cent due to massive internal change, not the least of which is a move against corruption, but over the full cycle will go up to 7 per cent.

In Europe he believes the periphery countries have bottomed out and there are “opportunities to trade on the short side”.

He describes the US as “remarkable” in its entrepreneurial culture: the demographics are in good shape, and the market sufficiently flushed out poorly performing assets.

Hintze, who speaks fluent Russian and holds science degrees in physics, mathematics and acoustics, is a significant philanthropist and established the Hintze Family Charitable Foundation in 2005.

“Philanthropy is a very big deal,” he says. More specifically he says what “speaks” to him is the Biblical quote in the the Gospel According to Luke (12: 48), famously used by John F Kennedy: “To those whom much is given, much is expected.”