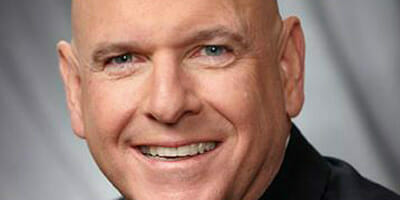 The investment staff of the $170-billion Californian Teachers Fund, CalSTRS, will present new asset allocation recommendations to the board next week, with a reduction in fixed income and the adoption of a new “absolute return” category the likely outcome.

The fund is in the final stages of the long process of its 2012 asset liability study and staff will present an asset allocation recommendation to the board on September 9.

Chris Ailman, chief investment officer of CalSTRS, says the most significant change is the reduction in fixed income allocation, which as of June 30, 2012, was 18.3 per cent.

Ailman says the board has been involved in the asset liability modeling, and the fund has adopted a visual modeling system to present the various investment mixes to give board members an easy access point for the implication of various asset mixes on the overall risk/return outcomes.

The latest study does not diverge too much from the fund’s current risk/return profile despite new board members.

“It is interesting to me that in the past three asset liability modeling exercises – in 2006, 2009 and 2012 – there have been completely different board members and different capital market assumptions, but they have all ended up close to the same place,” Ailman says. “There have been 35 different people involved on the board, but they came to similar conclusions about the risk/return. This validates the risk/return profile this fund should have. There is constant debate of the long-term returns versus the short-term volatility. But we are not too dissimilar to where we were before; we are roughly the same spot on the efficient frontier.”

Just like price discovery on Wall Street, Ailman says the process has led to “risk equilibrium” of the board, and the getting and respecting of each board member’s perspectives.

“This leads to a more robust discussion and a better fiduciary decision,” he says.

Between theory and practice

CalSTRS has started to add asset classes that aren’t an asset class but are descriptive of a characteristic, for example, inflation-sensitive assets, and one of the key discussions at the board meeting next week will be about the confidence around absolute return.

“Academically, it looks good,” Ailman says. “But with our size and governance, is it appropriate? Given what we want to do, is it practical? It’s like the Cookie Diet fad in California at the moment: there is quite a lot of difference between theory and practice.”

The investment staff has had a discussion internally, which has not been taken to the board, about the idea of giving managers more freedom around their mandates.

“If you give managers freedom to make more decisions, they frequently make more poor decisions,” he says. “Having said that, I think we have also gone too far in giving them boundaries.”

Ailman believes that an absolute return category can be seen as assets with particular characteristics, and it breaks down barriers between asset classes.

CalSTRS will have three categories under the absolute return umbrella: stable return; overlay; and an innovation bucket, where different ideas and theories can be tested.

“We are recommending that the board adopts the absolute return category, but we don’t have to allocate money to it straight away. We want to be savvy investors.”

The fund’s next asset allocation study, in 2015, will look at filling the absolute return bucket.

The completion of this study will allow the investment committee to carry out some other investigations.

The active-versus-passive debate is on the CalSTRS agenda, and will start with the US market before looking outside the country.

There is also a plan to look at in-state investments in California. This may be pushed back, Ailman says, depending on the depth of the absolute return study, there may be a deeper dive in to some unexplored absolute return strategies such as equipment leasing.

CalSTRS is 100 years old this year, although the investment office has only been in existence since 1983, when the fund split from CalPERS.