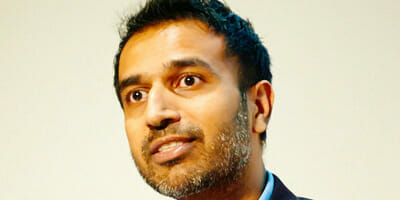 Asset owners are not visible in the policy debate about the structural shortage of long-term capital, according to Sony Kapoor, managing director of Re-Define, an economic and financial think tank that advises policy makers and civil society in the European Union.

“It is extremely frustrating that the fund with the longest time horizon invests on a two-to-three year investment horizon,” he says of the Norwegian fund.

“Long-term financing is fashionable, but I’m frustrated that when you drill down the number of investors that behave long term is very small. When I was working for the European Commission, it was shocking how you saw a small US hedge fund manager dominating the agenda; the large asset owners are not visible. The engagement on policy issues is very low.”

One of Kapoor’s criticisms of the Norwegian fund’s investment strategy is the under-investment in illiquid investments and emerging economies.

He says the bureaucratic incentive structure of the fund centres on “not messing up” and, for the people involved, the upside is limited and the downside reputation risk is large.

He says not every country has been able to save 10 per cent of its GDP every year, and the fund now has about $760 billion in assets, so Norway should be commended for that. But it has also meant there have been some restrictions.

“They have wanted to avoid headlines of investing in dodgy countries or negative investments. They have been wary of damaging the fragile consensus. The fund is now 15 years old and nobody in Norway questions the intergenerational wealth sharing,” he says. “The consensus is no longer fragile and Norway is in a situation it can have a mature debate.”

Kapoor says that Norway’s investment strategy, which invests primarily in developed-market listed equities and bonds, is conservative on the surface.

“The crisis has shown that correlations go to one and that common risk factors matter. On the surface this is a conservative investment strategy, but there is a much larger hidden exposure to systemic risk factors,” he says. “They look at standard deviation as a measure of risk, but there is a structural risk because the portfolio is mostly exposed to OECD countries. They will never see growth rates of 3 to 5 per cent ever again and there is a cross-exposure to financial markets and to each other.”

The report on the fund, conducted by Re-Define but commissioned by Norwegian Church Aid, recommends the Norwegian government establish a new fund, the Government Pension Fund – Growth, to invest in developing countries, which would result in the dual benefits of job creation and investment returns for the fund.

Norwegian Church Aid, which is a member of the humanitarian Act Alliance, believes that the sovereign wealth fund’s unique long horizon positions it for investment in developing countries and could go some way to providing capital for job creation.

It argues that capital from the Norwegian Sovereign Wealth Fund could be channelled into low and lower middle-income group countries, benefiting the fund by securing its value for future generations, but also providing much-needed capital to developing countries to create jobs and infrastructure.

Currently the Government Pension Fund – Global, invests 94 per cent in developed markets, with a target of 10 per cent in emerging markets. At the end of March 2013, the fund invested 62.4 per cent in shares, 36.7 per cent in fixed income and 0.9 per cent in real estate.

The Norwegian Ministry of Finance has responded to the report with a statement on its website in Norwegian.

Kapoor insists he is “not giving up” on the issue and has articles slated for the local Norwegian press, the Financial Times and The Economist.

“There is a structural shortage of long-term capital, way too much short-term capital,” he says. “I want to make sure finance is reformed.”

Kapoor is a visiting fellow at the London School of Economics. He was elected chairman of the Banking Stakeholder Group of the European Banking Authority in mid-2011. During 2011 he was an expert visiting fellow at the European Commission, dealing with economic governance, financial reform and the euro crisis. Prior to this, he was a strategy adviser to the Ministry of Foreign Affairs in Norway from 2007.