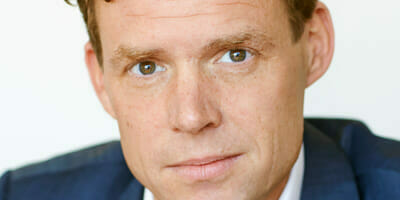 The SEK150-billion ($22-billion) AP7 fund supplies the cream on the top of the Swedish public pension system. It essentially delivers premium pensions (in addition to the much larger pay-as-you go component) with a generous dose of equities. It has been able to further sweeten its offering by leveraging the main chunk of its portfolio.

AP7 chief investment officer, Christian Ragnartz, concedes that the leveraged approach has been made possible by the freedom of the fund’s position in the pension system and its directive from the Swedish government. AP7 has the freedom to set its own risk/return profile in order to seek the best possible long-term returns.

“We believe that leveraging a global equity portfolio is a good long-term strategy for delivering returns,” says Ragnartz. He strikes a confident tone – and as well he might, with equity markets hovering around all-time highs this year and AP7 boasting bumper 17.4-per-cent returns in 2012. These comfortably beat the average 2012 returns for private Swedish premium-pension providers of 5.7 per cent.

Ragnartz’s enthusiasm for the 50-per-cent leverage – placed on the major part of the portfolio that is invested towards the MSCI All Country World Index – is based on much more than the current high equity prices though.

“If you have a very long-term horizon, then you should try to capture the equity premium as effectively as possible,” he stresses. AP7, after all, invests mandatory pension contributions (on a defined contribution basis) for Swedish savers from their early 20s onwards. It invests on behalf of anyone in the country who amasses contributions but doesn’t opt for a private premium pension provider.

Ragnartz recommends equity leveraging as an “efficient device” for other investors, as long as their circumstances and liabilities make it a suitable ploy. He stresses, however, it is important to work on the legal details of a leverage and be in a position to handle marginal calls. Ragnartz outlines regularly posting collateral while paying attention to both “reasonable thresholds” and credit ratings of counterparties as being the best ways to manage counterparty risk.

AP7 uses swaps for its leverage, which Ragnartz feels have been relatively easy and efficient despite a mixed experience with pricing. “We are looking into alternative ways of leveraging, depending on new regulations, to be sure of the best cost efficiency,” says Ragnartz. AP7 is also exploring possible legal action over the impact of LIBOR manipulation on swap prices. “Manipulated prices naturally create some winners and losers but, if it is proved we have lost out, it is our duty to aim for compensation for our savers,” Ragnartz adds.

Ragnartz argues that AP7’s leveraged position is fundamentally “not much more risky” than a lot of specific non-leveraged country funds. “A global portfolio has a much lower volatility than most specific funds, so the diversification element holds true,” he says. AP7 proved how serious it is about reducing volatility by taking measures to abandon any home bias in the portfolio in 2010.

Nonetheless, “of course there will be bumps along the road,” says Ragnartz on the inevitable volatility of an equity position leveraged by derivatives. These include the “stressful” experience of quizzical reactions from the press and public when equity markets plummet – most recently experienced during 2011. “If you have a clear view backed by a mission that matches that, it is easier to argue for this though,” he posits. AP7 can also fall back on pointing to returns that are 22 per cent above the Swedish pension authority’s indicative PPM index over time.

The current buoyancy in equity markets has provided AP7 with the cushion it was looking for from the outset for protection from a market shock, according to Ragnartz. “Hopefully we can be even further ahead of our private competitors before the next crisis,” he says. “Something will happen, but nobody knows when”. That caution comes despite this revelation: “I have a slightly positive view of equities over the medium term. There are challenges, but Europe seems to be on a positive track and there are positive signs from Japan and the US.”

AP7’s global index-linked strategy sees it follow a neutral position on all regions, allowing Ragnartz to stay calm on region-specific concerns. For example, emerging market equities – a key part of AP7’s strong returns in recent years – are expected by many analysts to face difficulties if quantitative easing is unwound. “We’re not particularly nervous on emerging markets as you can say we believe in them, just as much as the aggregate market, as potential difficulties should be priced in by now.”

The fund has been working hard on a nascent tactical element in the portfolio. “There are times when markets act irrationally and we want a layer of analysis to counteract this,” Ragnartz explains.

This newly developed tactical element could lead to AP7 downweighting its leverage at times that equity valuations are too high. “Ideally we would like to avoid being caught up in bursting equity bubbles,” says Ragnartz, “but history has proved that this is extremely hard.”

The global equity portfolio is managed entirely by external managers on a passive basis to help the fund rely on its “cornerstone belief” of cost efficiency. AP7 implements the leverage internally.

Alongside the “beta engine” provided by the leveraged portfolio, AP7 has nine unfunded long/short alpha equity mandates in its sophisticated fund, as well as an internal alpha centre. As these mandates invest only long/short, it is difficult to put an exact value on them, but Ragnartz says they account for around 25 per cent of the portfolio.

He is pleased about the fund’s experience with these positions since their introduction in the past few years. “We strongly believe that our managers get comparative advantages and fewer restrictions by working with both the long side and the short side,” he states.

AP7 runs a relatively small fixed income portfolio (less than 6 per cent the size of the equity portfolio) to enable lifecycling for savers close to retirement. It also invests 3 per cent of its beta equity fund in private equity.