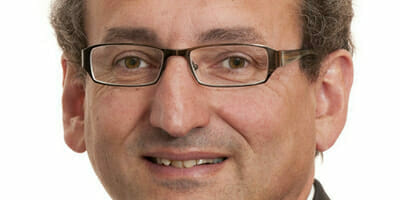 Sustainable investing may be an activity that increasing numbers of investors want to get involved in, but for Germany’s Deutsche Bundesstiftung Umwelt (DBU) or federal environmental foundation, it has long been an integral part of its mission.

That approach makes sense in at a foundation set up in the early 1990s to use the proceeds of German steel giant Salzgitter’s privatisation to fund green projects around the country. Michael Dittrich, who oversees investments at the €2-billion ($2.6-billion) foundation, says a sustainable investment strategy was launched in 2004 as “it is important that our asset strategy does not contradict the good work of the projects we finance”.

Dittrich adds with a definite touch of pragmatism, “It was also a question of public reputation for us”. Intriguingly, he does not buy into the idea that a sustainable strategy is likely to see an investor outperform an average portfolio. “What we aim for, and what we achieve, is that our sustainable approach does not place us at a disadvantage in generating returns,” Dittrich says.

That assessment is no mere hunch, with DBU playing its own part in the development of the sustainable movement by commissioning studies into the impact on returns. Dittrich is convinced that the principal disadvantage and advantage of sustainable investing effectively cancel each other out – the limits of having a reduced investment universe, but the boon of avoiding the risks associated with unsustainable investments. He cites the kind of impact on BP shareholders following the Deepwater Horizon oil spill as a scenario that a sustainable approach can steer an investor away from.

“Essentially we feel we can get the same kind of returns, but we have the added bonus of having a sustainable strategy,” says Dittrich.

The DBU’s sustainable focus hinges on the simple principal of making sure 80 per cent of equities and 80 per cent of corporate bonds are invested in firms listed on sustainable indices such as FTSE4Good. That has not changed since the strategy was launched in 2004, but Dittrich reflects that the sustainable movement has developed tremendously in the same period.

Back in 2004, there was very little focus on sustainable matters from the world’s biggest investors, he feels, but it has since become a much broader movement with a wider variety of supporters. Despite the increase in interest, he feels that “sustainable investing remains a niche movement”. Nonetheless, Dittrich is sure it has had an influence on corporate culture. “It isn’t possible for a company to be successful in the long term with a business model that the public doesn’t accept.”

Dittrich explains that the handful of investment staff at DBU’s office in Osnabruck, a picturesque city in Lower Saxony, are not able to screen every company the foundation invests in without the help of external rating agencies. Nor are they able to always make use of DBU’s shareholder vote. Being a large foundation with a good reputation can help in its engagement efforts, Dittrich says, but the foundation lacks the assets to give it the same kind of clout or resource base that Germany’s big insurers can enjoy.

DBU does run a blacklist of firms it shuns in common with most sustainable investors, but Dittrich says it is rather small, with the arms industry being the only sector completely avoided on principle.

When it comes to DBU’s asset structure, its sustainable credentials are less of an influence than its preference to invest directly as much as possible on cost grounds.

The foundation continues to shun alternatives. “We don’t have any alternative asset classes as we concentrate on those assets we feel most comfortable with as a director investor,” Dittrich says.

There will also be no space for any alternatives as long as the foundation’s asset management guidelines remain unchanged. They currently outline a 73.5-per-cent allocation to fixed income, 21.5 per cent to equities and 5 per cent to real estate.

Dittrich feels that this traditional-looking approach still offers the foundation space to diversify by investing across the spectrum in each of the asset classes. In the fixed income space, it counts covered bonds, and tiers one and two capital among its holdings.

So far, the structure has proved flexible enough to react to a low-yield era in government bonds. The foundation’s exposure to government debt has been reduced from 20 per cent to 6.5 per cent over five years as positions have been allowed to mature. Corporate bonds have been up-weighted as a result, but Dittrich admits low yields on highly rated corporate debt is now becoming problematic too.

An intense European focus – at least 90 to 95 per cent of the assets – has resulted from DBU’s wish to keep investment operations in house. “We don’t have the resources to look at global equity markets,” he adds. The foundation therefore focuses on EuroStoxx 50 and DAX 30 for its equity picks. This approach paid handsomely in the last decade and, despite the euro crisis, the foundation is happy to stick to this position for now.

Where the asset allocation most obviously takes a sustainable flavor is in a 1.5-per-cent allocation to microfinance. The revolutionary funding model popular in the developing world has impressed Dittrich on visits to India, despite some criticism in recent years. “Microfinance seems a great way to help poor people and to help develop their countries,” he says. It also offers returns comparable to equivalent asset classes such as emerging-market corporate debt, he reckons.

The DBU booked an overall return of 17.2 per cent in 2012 as bond prices rocketed with yields lowering and the German equity market thrived. That easily outstrips a performance target that the foundation has set to cover grants and ensure assets grow in real terms – around 4 per cent in total. Dittrich says there is a very good reason the foundation remains cautious though. “We have a lot of bonds that we are not interested in selling, so cash flow and yields are more important than performance for us.” That cash also can be used for the foundation’s grants, and thereby put the good work of DBU’s asset strategy into practice by boosting Germany’s internationally renowned environmental effort.