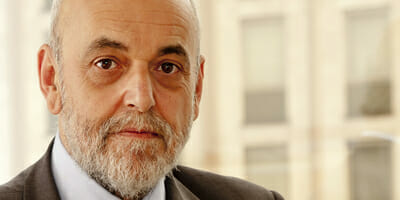 The wrath of the European sovereign debt crisis may have left its mark on Italy in more ways than one, with both its financial and political scenes regularly sliding into crisis mode for the past year or two. However, the nation’s largest private pension investor, the €7.75-billion ($10.1-billion) Cometa fund, has firmly kept on track through the testing times though.

Maurizio Agazzi, Cometa’s director, says that whatever happens in the world outside of its Milan office, “we must not forget our mission” as a long-term investor. On being asked about any investment positions, Cometa may have taken in the heat of Italy’s crisis, Agazzi simply says, “Our asset management is based on investment plans that are long term, with no speculative choices made.”

Although Cometa is a bond-heavy investor, the fund appears to have avoided a blow from its country’s sovereign debt woes by having a global outlook. Its largest two sub funds, Reddito and Monetario Plus – which make up the vast majority of total assets among Cometa’s four funds – are dominated by mandates investing to global benchmarks, such as JPM Global and Barclays Capital Global. Cometa’s biggest sovereign debt mandate is meanwhile well diversified across the continent, with a $1.3-billion-plus investment in the Barclays Capital Euro Treasury index.

As Agazzi reels off more sets of indices, it becomes clear that identifying the right benchmark is a major focus of Cometa’s investment strategy. While Cometa wants to define what its external managers invest towards, Agazzi explains that the fund also believes in giving its managers plenty of freedom to make tactical calls and granting them full investment autonomy. “A close partnership with managers must be based on choosing the strategies best suited to achieving pension objectives”, he argues. This notion of partnership leads to Cometa keeping a close eye on its external managers – a major set of mandate awards in 2010 inspired Cometa to launch a new code of standards for managers. This built a desire to keep a tight watch on managers into the fund’s control mechanisms and has led to the fund routinely hauling managers in for meetings.

Cometa has fewer benchmarking decisions to make in the equity space, simply because exposure to the asset class is limited. Just 15 per cent of the $5.4-billion Reddito fund is invested in equities, while the $3-billion Monetario Plus fund is 100-per-cent bond invested. International diversification defines the equity strategy at the Reddito sub fund, with 50 per cent invested in non-European stocks, a third in a European and the remainder in Italian equity mandates. Only in the small Crescita fund (with $520 million assets) do equities take a noticeably chunky share of the portfolio at 40 per cent.

The low overall equity allocation is a possible consequence of Italy’s risk-averse pension fund-investment legislation. Agazzi explains that, “Italy has a strict regulation on how second-pillar pension funds have to invest their assets, with a lot of qualitative and quantitative constraints.” One of these constraints is that Italian funds have faced limits on investments in non-OECD nations, something that appears to have held them away from the trend to emerging market investments. Cometa’s entire government bond portfolio is invested in OECD countries, Agazzi says.

You would perhaps expect an investor of Cometa’s size to relish a long-touted change in Italy’s pension investments regulations. Agazzi is wary though of the impact of a sudden liberalisation. “I do feel it is important for laws to preserve that distinction between investments for pension purposes innate in the second pillar system,” he says, “and merely speculative investment.”

Alternative asset classes have traditionally been difficult for Cometa and other Italian investors to access due to their regulations. A dose of cautious interest seems to pervade Cometa’s attitude towards alternatives. It designated a strategic allocation to both private equity and real estate back in 2010, but Agazzi says it is yet to implement the moves into these asset classes pending further consideration.

Diversification was the mantra behind its 2010 mandate awards – reported to be one of the largest mandate hires in Europe that year. Agazzi explains that a full mix of passive and active mandates was sought in the big hire, together with a range of value-at-risk limits and capital protection objectives. Different risk profiles are evident in that several of Cometa’s largest mandates are invested to hedged or inflation-linked benchmarks. Extending the duration on the fund’s assets is another possible step to further diversification under consideration, Agazzi adds.

While some deem the Italian institutional investing environment as restrictive, clearly Cometa has found no shortage of ways to diversify.

With total assets growing by over $2.6 billion in the last two years, Cometa has managed to navigate a tough time in Italian economic history in some style. Being a defined contribution investor has perhaps shielded it from any funding pressures that could have resulted from tumultuous movements in government bond yield and equity markets in Italy. The Reddito fund has averaged returns of over 4 per cent between 2009 and 2011 though, figures that might make some investment managers in other pension markets envious.