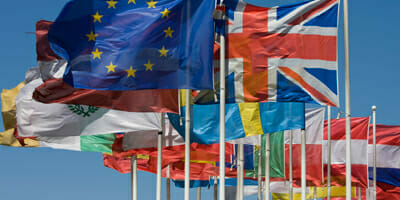 Getting Europe’s swelling institutional capital to support long-term projects that could benefit its uninspired economies was an idea that sent heads nodding around the continent as it suffered the brunt of the financial crisis. Get pension, insurance and foundation money into where it is most needed with the attraction of reliable long-term cash flows and you will get Europe moving again went the idea.

Despite some noble initiatives in the past couple of years, this grand vision remains just that. Governments appear enthusiastic, yet many investors feel more action is needed – coupled with a dose of empathy – to truly get long-term infrastructure investing going.

The respected EDHEC-Risk Institute in Paris recently summed up the feeling by stating that matching the supply of such investments with demand is “not self-evident.” It asked for “a policy and regulatory focus on the type of instruments that long-term investors need, rather than which sectors of the economy qualify as long-term investment.”

Mark Gull, co-head of asset management at the United Kingdom’s £9-billion ($14-billion) Pension Insurance Corporation, says, “Ultimately, what I think is required is a major shift in the government’s understanding of investors’ requirements.” British policy makers might not take too kindly to that criticism, as they have arguably been the most active in Europe. The UK is targeting some $300 billion in primarily private infrastructure investment and has simultaneously supported the development of a national Pension Infrastructure Platform.

Nonetheless, “There is a disconnect between what the government is trying to do and what most investors are focused on,” says Duncan Hale, head of infrastructure research at Towers Watson in London. For now he thinks that is low-risk existing infrastructure with steady yields. Those are sensible investments no doubt, but not the kind of projects likely to rejuvenate a continent.

One of the oldest but most apt clichés in institutional investment is that the devil lies in the detail. That is where European authorities are currently failing, argue the critics. Regulatory frameworks can complicate long-term investments and there is little indication that governments are willing to provide the kind of financial support that would spur long-term funding of bold new projects from scratch.

The Solvency II framework will not apply to Europe’s pension funds, for the time being at least, but looks set to steer insurance capital clear of risky long-term projects. Philippe Herzog of civil society group, Confrontations Europe, says an “obsession” of European policy makers on stability after the financial crisis has only recently been matched with a desire to encourage growth.

Existing accounting regulations do little to entice investors into long-term infrastructure projects many argue. The $52-billion Universities Superannuation Scheme recently stated to a UK parliamentary committee that current mark-to-market accounting standards are “detrimental” to infrastructure investing. The fund wrote that “the introduction of IFRS mark-to-market accounting for pension funds has exposed funds to increased volatility and some difficulty in incorporating assessments that markets have overshot in either direction”.

Matching the buzz in the UK on infrastructure investing has been the interest from Danish investors in igniting a market in public-private partnerships (PPPs). The country’s large pension funds have joined forces to lobby the Copenhagen government to pledge its support for the deals. The roughly $600 billion in assets controlled by the county’s funds are projected to double the size of Denmark’s GDP in 20 years – a powerful statistical argument for unlocking infrastructure investment.

Public-private partnerships have been short on the ground so far though, with deals supporting schools and old-age homes marking a tentative start to pension funds’ exposure to the financing models. The partnerships are lacking altogether in so-called greenfield infrastructure, which involves the construction of new projects rather than developing or taking over existing works, known as brownfield.

Michael Nellemann Pedersen, investment director at $34-billion PKA says there is reluctance on the government’s part despite the best efforts of Danish pension funds. Pedersen feels the government has got its sums wrong in calculating that it would be cheaper to invest itself after borrowing from bond markets than support PPPs. While it may look that way at first, such assessments fail to account for the notoriously high long-term risk of major new projects that pension investors are willing to share, Pedersen argues.

Splitting risk is a difficult business that will be central to any publicly backed infrastructure efforts in Europe. Many argue that governments stepping in to shield investors from construction risk is a necessary step. Given the limited number of existing infrastructure projects, Hale is confident that increasing numbers of investors may take the initiative themselves to look up the risk spectrum and acquire greenfield risk.

“We can easily see some infrastructure projects where pension funds cover full risk, including construction risk, but we will need to be compensated in the return,” Pedersen says. He is hopeful that some big infrastructure PPPs can be launched in Denmark in the next year or two as a pilot project with more following. “We are still waiting for a breakthrough, but things take time and our government has to get used to the idea,” he adds.

Efforts such as the UK’s Pension Infrastructure Platform seem a bold attempt to kick start long-term infrastructure investing. The European Commission also has a role to play in coordinating governments’ efforts, but Herzog feels “it will be many years until a doctrine is clear as the problem is being addressed for the first time”. Highlights of activity at the European level include the European Investment Bank piloting a project bond scheme.

Pedersen is unsure of the need for any grand ideas in the Danish PPP space though, saying: “I think you should start on a minor scale and look to improve and evaluate.” In a similar vein, Hale urges patience, arguing that investors have only been looking at infrastructure for a few years so there is still a lot of learning going on in the asset class.

“Anything that can help articulate where the risk is divided will help” he says. Attention to development and planning-permission regimes could also play an important part in reducing construction risk, and efforts to prevent capital gains being accrued by PPP backers in the UK are another unhelpful element that could be tackled, Hale reckons.

Aside from looking to leads from governments, investors can also play their part in making the infrastructure dream a reality. Hale calls for investors to avoid “shying away from construction risk”, as there have been many investments that have been rewarded handsomely for taking on this.

Nicolas J Firzli, head of the Paris-based World Pensions Council research group, points out that pension funds are being courted at a time that few are equipped for the complexities of direct long-term infrastructure investing. “We’re talking about a dozen North American pension funds, two or three from Australia and maybe five or six European pension funds,” he says.

Many European funds are therefore playing catch-up with their overseas peers. European investors were “easily outmaneuvered” by Canadian pension funds, according to Firzli, in a 2010 competition to acquire the UK’s only high-speed rail route linking London to the Channel Tunnel, known as High Speed 1.

Firzli also cautions that whatever they do, governments might be best advised to tread carefully. “All our experiences tell us that governments and pension funds might not always have converging interests,” says Firzli. “The steering of private pension capital by public or semi-public entities, even indirectly and benevolently, isn’t necessarily a good idea.” However, some careful listening and patient fine-tuning might just pave the road to infrastructure riches in Europe.