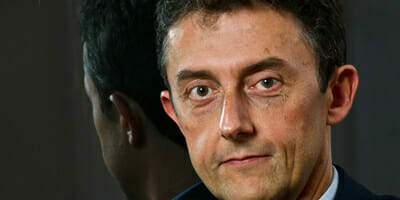 For many institutional investors, surviving the financial crisis in good shape has been the challenge of a lifetime. Few have had to deal with an asset seizure from Napoleon and two world wars being fought on its soil. It is a history that Italy’s Compagnia di San Paolo is proud of, yet in its asset strategy the foundation shows no inclination to blindly cling to tradition.

Davide Tinelli, chief executive of Fondaco, the foundation’s outsourced investment office, says the troubles thrown up by history since its founding in 1553 are an answer to conference-circuit banter as to why it hasn’t been able to develop infinite assets over 450 years. In any case, its current total holdings of €5.2 billion ($6.8 billion) certainly place the Compagnia di San Paolo among the elite of European foundations.

Safeguarding assets for the future takes precedence over reflecting on the past, of course, and the foundation has launched a major diversification drive to meet this objective. Tinelli says this has been spurred by the need to counterbalance a large stake in a single stock that is the most notable quirk of its extensive history. Until a change of regulation in the 1990s, the portfolio was 100-per-cent invested in the Intesa Sanpaolo bank. The dependence has since been reduced to below 38 per cent, but Tinelli admits this brings concentration and volatility risks that he works hard on smoothing.

Balancing a large exposure to equity markets and credit activity picked up in the   huge single share in a bank has seen the range of alternative investments become a hallmark of the foundation’s asset strategy. The alternatives allocation has been speedily increased to 21 per cent of assets from initial moves into hedge funds and private equity a decade ago. Reinsurance, commodities and currency have all been brought into the asset mix as the alternatives portfolio has developed.

The Compagnia di San Paolo possesses a high degree of geographic diversification too, with significant investments in emerging markets equities and bonds. At the end of 2012, its entire 8.5 per cent liquid-portfolio equity stake was invested to an emerging market benchmark. In a strategic move, it has since almost doubled this equity bucket at the expense of fixed income and simultaneously developed more of a global focus.

An equally weighted smart-beta approach has allowed the foundation to emphasise markets it is particularly keen on and ensure it does not add to its heavy exposure to the banking sector from the Intesa Sanpaolo stake. “Positions on countries such as the Nordics, Malaysia, Australia and New Zealand are an important component of diversification for us, while they are just noise in a normal portfolio,” Tinelli explains.

Having embarked on an international drive a few years ago, Tinelli says: “We were right to diversify when we did. We weren’t able to predict the euro crisis but our Intesa Sanpaolo stake gives us lots of European exposure.” The desire to decouple has led the investor to avoid its domestic government bonds, even though Tinelli says he could have gained high returns from Italian government bonds with well timed investments.

Compagnia di San Paolo is happy to allow diversification into its currency exposure too, with 50 per cent of assets held in euros, 25 per cent in US dollars and the remainder in other currencies. “As we are heavily reliant on the not-so-brilliant growth of the euro area, we like to have some assets denominated in currencies that reflect growth elsewhere in the world,” he explains.

Tinelli thinks that the foundation’s years of attempting to diversify mean the strategy is already bearing fruit. For instance, the decade-old $420-million private equity portfolio has passed through a J curve to generate rich returns, he says. Having such an extensive experience of diversification also allows the foundation to stick by asset classes in times of disappointing performance. It will persist with its commodity portfolio that returned well under the benchmark at minus 4.71 per cent in 2012. Tinelli says it has underweighted the asset class and has been considering dropping a manager, though, because of the troubling performance.

Looking ahead, any future diversification considerations must be held with the list of alternatives that the Compagnia di San Paolo does not currently invest in being limited and relatively exotic. Tinelli says its next asset class addition will be in the corporate credit or high yield space as soon as it can find a mandate with the right risk-return profile.

Tinelli says the foundation feels like it “operates within an international framework” as an active participant in European foundation forums. Usng its international knowledge, Fondaco has set up funds in Luxembourg to help to “foster diversification without an excessive administrative burden”. “Setting up funds has also allowed us full transparency, this and the outsourcing of the investment office, is a model that other foundations might like to follow” says Tinelli, who enthuses about the improved governance the move brought about. He has a good perspective on governance matters having worked as Compagnia di San Paolo’s chief investment officer before the outsourcing.

Overall returns in 2012 were a solid 6.09 per cent, with the portfolio overseen by Fondaco yielding some 7.1 per cent. That comfortably exceeds the 2.7 per cent real return that the charity targets to meet the needs of its grants program. The figure Tinelli feels best vindicates his work, though, is the low volatility rate of 2.4 per cent last year. He is more cautious on keeping volatility low in the foreseeable future, with the portfolio’s open currency risk and divergent rates of economic growth now seen across economies.

Total assets remain down from around $12 billion before the financial crisis hit, largely a result of the Intesa Sanpaolo share price diving over 50 per cent from its 2008 high. However, Fondaco’s dedicated 20-strong staff in Turin and small Luxembourg subsidiary can be counted on to ensure the foundation does its best to thrive with a diversity of assets as it enters another chapter of its long story. After all, Tinelli jokes, “I don’t want to be the person to put an end to over 450 years of history.”