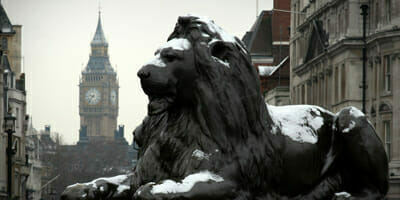 Australia, the US, Canada and Denmark have all done it. Kazakhstan and even Oman are talking about it. Increasingly, public sector pension funds are merging or pooling their assets into fewer bigger schemes. It’s no surprise the debate is gathering momentum in the United Kingdom, ripe for consolidation with a Local Government Pension Fund Scheme (LGPS) populated by 89 separate funds with combined assets of £187 billion ($288 billion) but all run individually. The government is conducting a review that could lead to mergers or the pooling of assets, and one of the biggest local authority schemes, the $6.5-billion London Pension Fund Authority, is spearheading the push for half a dozen regional funds of $30 billion to $46 billion each in a drive for efficiency and economies of scale. But the UK is behind the consolidation curve because most local authority schemes remain lukewarm on the idea. With the success of large, private sector funds such as the charitable foundation Wellcome Trust and Railpen, the merged fund for the rail industry, showing that big is best, it’s time for local authority schemes to come together.

Fewer bigger funds will mean schemes are better able to invest in the resources and skills needed for liability-matching strategies. Apart from a few exceptions such as the $1.8-billion Cornwall Pension Fund and the $2.3-billion Royal County of Berkshire Pension Fund, only a handful of local authority schemes hold liability-matching assets or have any hedging strategies in place. Yet LPGS’s are beginning to mature because of the government’s austerity policy forcing public sector cuts. As local authorities scramble to save money, many have slashed payrolls and encouraged voluntary retirement, triggering an early maturing in many schemes. Examples include the $15-billion West Midlands Pension Fund, which recently said it is preparing for a shift in investment strategy to reduce risk and prioritise the protection of funding levels, and Scotland’s $17-billion Strathclyde Pension Fund.

In their defence, schemes say they’re not hedging their risk because of a lack of know-how, but because of regulations dating from a 1998 Pensions Act that makes no provision for derivatives in investment strategies. It leaves liability-driven investment difficult and expensive. The $2.6-billion Dorset Pension Fund, a third fund with a hedging strategy, had to set up a special investment vehicle to circumnavigate the restrictions and manage its inflation risk. Schemes also argue that despite their maturing profiles, what they are facing is more like mid-life crises. Most local authority schemes are still open to new members; they are still in growth mode, less mature and with time on their side they aren’t de-risking or wanting to hedge liabilities anyway.

Where the argument for consolidation makes even more sense is the fact bigger funds are better positioned to either invest directly or co-invest in alternative asset classes. Co-investing in private equity, whereby schemes portion some investment to private equity funds run by managers but the rest goes directly into the same projects in which the fund is investing, incurs a fraction of the fees and enables schemes to better tailor their exposure. But it’s only a strategy open to the biggest schemes. It’s the same when it comes to investing in property or the government’s pet asset class, infrastructure, where giant Canadian and Australian funds’ huge infrastructure allocations have proven that moving as a pack is best.

Encouraging signs of schemes’ willingness to pool funds already exist, such as the $25.5-billion Greater Manchester Pension partnering with Argent, the property arm of BT pension fund in a $154-million office development in Manchester. The Pension Infrastructure Platform (PIP) is another effort by schemes to pool assets in a collective investment vehicle to tap infrastructure.

Larger funds would also have the capacity to build inhouse investment teams. No fund under $15 billion can really afford its own investment team, yet some of the small funds have more managers than the big funds. It can lead to confused, contradictory investment strategies and doesn’t improve performance; the asset management of small council funds comes with much higher fees than larger funds can negotiate.

Any pooling of assets or scheme merger is bound to result in a few years of turbulence and a loss of momentum in investment strategy. And economies of scale can easily turn into diseconomies of scale as asset classes become exhausted. Yet nearly 100 individual schemes of several billion dollars each can’t pack anything like the investment clout of fewer bigger schemes. It will be tricky to keep local accountability, and changing the law or setting up a centralised body would be expensive, but as far as investment strategy goes, big is beautiful.

External equity: A worry at Wellcome