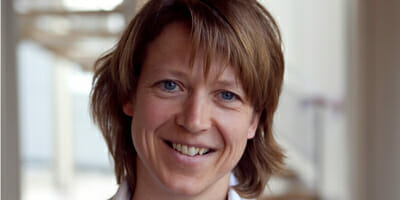 Geraldine Leegwater, ABN AMRO Pensioenfond’s director, talks about her fund’s investment strategy process with a matter-of-factness that possibly belies how far it has moved established ground. While Leegwater sees logic at every vantage point behind the changes that she helped to introduce at the Dutch banking giant’s €18-billion ($24-billion) fund in 2007, she skips from one of its remarkable features to the next.

The most innovative part in her view is the setting of the fund’s strategic asset policy. The ABN AMRO pension fund trustees theoretically wipe the slate clean and pick their favoured policy from a wide-ranging list of 10 options every 12 months or so.

To keep any subjective views on asset classes out of the equation, the options are presented to the board of trustees purely on the basis of figures representing the most relevant criteria for them, such as indexation potential and downside risk. The underlying asset mix is then only revealed after the most suitable option is chosen from the range of projections. Leegwater recounts how there were some shocked faces at times in the first few years when the underlying strategy was unveiled, but these would fade when the reasoning was discussed. Regular asset-liability management studies are conducted, after all, to inform the risk-return forecasts at these all-important strategy meetings.

The trustees are nonetheless given the chance to launch a radical break in strategy on an annual basis. “The goal of our trustees – to generate sufficient return to pay indexation to participants with the lowest risk – has remained the same over the years, but the amount of investment risk you need to achieve this goal can differ over time,” Leegwater explains.

Remarkably though, the risk return-focused process has led the fund to continually reselect a dynamic liability-driven investment (LDI)-based asset allocation strategy. This has been in place from the first decision meeting under the new structure in 2007 to the most recent in December 2012.

The LDI component of the strategy has resulted in a familiar separation of assets into matching and return portfolios. The matching portfolio invests the majority of the funds’ assets in interest-rate swaps, government bonds and highly rated short-term paper.

The return portfolio is the smaller alpha-seeking segment. It is dominated by developed market equities (70 per cent) with smaller emerging market equity, corporate credit and real estate buckets taking 10 per cent each.

The current dynamic strategy is such that during the year the matching portfolio is fixed to a set level. However, the dynamic element sees the weighting of the return portfolio float in relation to the latest funding ratio at predetermined rebalancing moments during the year. The exact consequence of a given funding ratio for the return portfolio is determined by the annual strategic asset allocation decisions. All in all, this helps to ensure that the focus is on the primary goals of the fund at all times.

Leegwater explains that an intriguing consequence of the dynamic asset allocation approach is that the natural bias of the strategy is for pro-cyclical investing in between the usually counter-cyclical moves at the yearly strategy meetings. This approach seems to be working well for now, with Leegwater happy to let the structure run its successful course. However, she is fully aware that this is dependent on the behavior of financial markets, with high volatility presenting a risk between annual strategy-setting decisions.

Another consequence of the dynamic strategy is that Leegwater and other managers have no tactical asset allocation calls to make whatsoever, and can therefore focus on liability projections. Leegwater is content with that too. “We don’t have any illusion that we can beat the markets,” she says, conceding the approach is not dynamic enough to react to rapid changes in markets as the portfolio is assessed only a few times per year for deviation from the planned strategy. Nonetheless she argues that each strategy-setting meeting offers a chance to compensate from any unintentional surfeit or deficit of risk taken into the portfolio over the last year due to market biases.

The refusal to make tactical investment calls means that the weightings within the return portfolio are followed entirely without any under- or overweightings.  The strategic make-up of the return portfolio is currently under review “and if we find a portfolio with more efficient risk-return qualities, that will go under consideration”. Leegwater admits that this could see alternative asset classes make an appearance in the ABN AMRO fund’s portfolio.

When Leegwater says that the fund has around 80-per-cent exposure to the matching portfolio and another 40-per-cent exposure to the return portfolio, it is obvious that an added piece of financial wizardry is at play. The ABN AMRO fund leverages it assets, an action it first embarked on in 2009. Leegwater says the fund is not unique in leveraging its assets, but possibly unique in openly reporting it. “I think there are many pension funds that have, say, a 50-per-cent fixed income and 50-per-cent return portfolio and state they are hedging what they call 70-per-cent of the liabilities,” she says.

Leegwater explains that the leveraging can be gained by investing in interest-rate swaps that don’t require up-front funding. Interest-rate swaps are a necessity for a Dutch pension fund looking to hedge risk on long liabilities, she points out. Leveraging is a position that has its natural limits though, as it requires both sufficient liquidity (interest-rate swaps expose a fund to short-term interest rate movements) and collateral.

Altogether the approach has led the ABN AMRO fund to a fairly serene position for the time being. The latest funding ratio is 119 per cent under new Dutch central bank criteria – ahead of the 114 per cent legislated solvency target – although the funding ratio is a more modest 111 per cent in the fund’s own calculations, based on market rates.

The healthy surplus has seen steadiness become the current flavour of the dynamic strategy, with only minor changes made to the size of the return portfolio in the past year. The surplus contributed to a decision for the risk appetite to be slightly lowered by reducing the return portfolio at the last strategy-setting meeting in December. “The better the coverage ratio, the less excess return you need,” Leegwater points out, despite conceding that the fund’s capacity to take risk has also increased.

Few could argue with Leegwater’s reasoning when the ABN AMRO fund boasts investment returns of 14.3 per cent for 2012 and 16.1 per cent in the difficult year of 2011. While Leegwater reckons much of the success of the new investment structure and dynamic strategy came from its flexibility to shed risk at the right time, the complex pension solution is fully answering its sponsor’s needs for now.