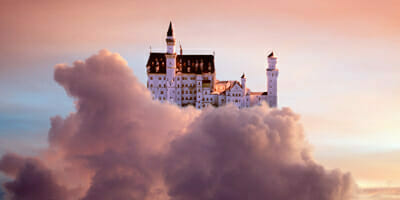 Bavaria is known as the most independent-minded of Germany’s regions, and the pension fund of Bavarian chemical multinational, Wacker, has shown definite divergence from the norm by shedding its holdings of German government bonds.

It is not just German paper – which has seen yields on 10-year bonds below 2 per cent for more than a year – that the fund has rid itself of. Head of investment, Dr Gunar Lietz, explains that the €1.7-billion ($2.2-billion) Wacker Pensionskasse took the step of divesting its entire European sovereign debt portfolio last autumn.

The aim of this move was to relieve the fund of the risk arising from the abnormalities in European sovereign debt created by the euro crisis. It is the likes of Brasilia, rather than Berlin, whose government debt is now part of Wacker Pensionskasse’s diversified strategy. Lietz explains how the fund has instead turned to emerging market debt and global corporate bonds to help it towards a 4.5 per cent performance target – one that he terms “challenging given the regulation we face”.

This regulation has a hand in ensuring that despite the European sovereign bond exit, fixed income remains the main asset component of the Wacker Pensionskasse. It takes 65 per cent of the portfolio, roughly half of which is invested directly and half via funds. Lietz says a “high level of granularity” ensures a full range of the yield spectrum is incorporated. “We try not to concentrate the portfolio but make sure we have different currencies and rating classes,” he says.

The fund follows indices in its emerging market sovereign portfolio. Lietz explains that these are tailored though to avoid illiquid bonds and certain countries that it would prefer to avoid like Argentina and Venezuela. Its emerging market corporate debt investments, meanwhile, have an Asian tilt.

On the corporate bond side, Lietz recognises a good run might be coming to an end. He says: “We understand that the kind of returns we have had on corporate debt since 2009, even double-digit returns in investment-grade corporates, cannot continue.” Lietz is enthusiastic about his fund’s exposure to US investment grade bonds though, as despite a similar risk profile to Europe longer duration investments and higher yields of 3.5 per cent can still be found in the American debt market, he argues. That marks about the same yield Lietz expects in emerging market debt.

As the fixed income portfolio is currently not expected to fully match the performance target, Lietz explains that the fund’s other asset classes of real estate, listed and private equity “must make the difference.”

Fascinatingly, real estate overshadows equities in taking a larger, 17-per-cent share of Wacker Pensionskasse’s portfolio. Lietz says this is a “historical” feature of the fund, which has retained a strongly performing portfolio of buildings almost entirely in the Munich area. While Lietz says he is aware of the “concentration risk” of this legacy, the stable returns of the “hot” local property market, and a decision by Wacker Pensionskasse to sit back and avoid any buying or selling has seen the real estate portfolio grow strongly. The position has received a further boost recently, adds Lietz, and yields are now rising as Bavarian rental prices have climbed over the past few years. The Munich headquarters of sponsor company Wacker is also part of the fund’s real estate portfolio.

Like several other German pension funds, the Wacker Pensionskasse has a history of granting mortgages to employees of the sponsor. The “resource-intensive” lending, which takes between 1 to 2 per cent of the overall portfolio, is essentially “a social function” says Lietz. As the mortgages are only open to Wacker’s 10,000 or so German employees, it will never grow beyond the edges of the portfolio. Nonetheless it offers a satisfactory yield at a time when Lietz points out that “everyone is talking about real estate debt.”

The Wacker fund’s 10-per-cent equity holdings more or less matches the average for a German pension fund; and it perhaps looks diminutive on an international scale due to the limits local regulation places on “risk assets”. Despite equity markets breaking all-time record highs lately, Lietz is unenthusiastic when asked if the fund could increase its exposure. “You need so many resources to afford to take the volatility of equities,” he argues, “as volatility is your biggest enemy”.

Despite the lightweight equity position, Lietz is pleased that the fund has gained exposure to all capitalisation sizes in its global equity mandates. Lietz says that in both equity and fixed income, the fund “tries to avoid the home bias”. This approach has seen US stock holdings dwarf German holdings and a healthy exposure being made to emerging market equities. Apart from a passive global large-cap mandate, the rest of the equity portfolio is invested actively.

Lietz explains that in addition to the equity bucket, Wacker Pensionskasse also gets some risk exposure from high yield fixed income, from a “significant amount” of convertibles (that bridge equity and bond risk), and a 5-per-cent private equity portfolio.

Lietz confesses to spending most of his time these days on the private equity portfolio. It is an asset class that Wacker Pensionskasse boasts plenty of experience in, having first invested as far back in 1997.

Lietz traces the development of this experience as follows: “We started with fund of funds, and a mix of venture capital and buyout. It then developed into a managed account into different regions and styles.”

As a next step, Lietz says Wacker Pensionskasse is using its experience to bypass fund of funds. It is able to do this as it has gained the confidence to pick suitable underlying funds. It concentrates on three styles – buyout, mezzanine and distressed – and focuses on Europe and the US.

Alpha from private equity is a key to Wacker Pensionskasse thriving in the low yield environment, and Lietz is therefore dedicating himself to improve the performance contribution of last year. Detailed work on cash flow and allocation patterns in the private equity space, as well as benchmarking, consumes a large part of Lietz’s attention.

A 5-per-cent overall return in 2012 and 4.8-per-cent return in 2011 demonstrate Wacker Pensionskasse has been able to consistently perform to its requirements. It is not leaving anything to chance, though, as higher contributions from the sponsor have been needed to match increased longevity risk on the defined benefit plan that closed in 2005. Lietz’s attention to detail will hopefully keep it on target despite the tricky environments of German regulation and globally low yields.