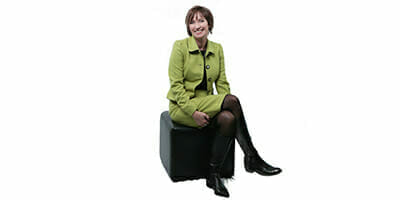 The Australian fund, HESTA Superannuation stands out among its peer of industry funds for a few reasons, not the least of which is its predominantly female (80 per cent) member base, but it’s also one that has seen notable growth in the past 20 years.

From a fiduciary perspective, the fund has gone from less than $1 billion funds under management in 1994 to more than $20 billion. That was the year its current chair of three years, Angela Emslie, was elected to the board, though the fund itself was established in 1987.

From a governance standpoint, diversity has also been a marker of significant change. An independent chair among 13 trustees, Emslie says she was but one of two women out of 14 directors at the time she joined. The number of women now stands at seven, out of a total of 13 board members, including six employer and six union representatives.

To some degree, HESTA’s primary female demographic has been an influence on its board composition, Emslie says. “It’s really been a long-term process of engagement with our nominating bodies and sending the signal that board diversity is important. It has taken us many years of work.”

It’s no small feat given that, as Emslie points out, there are funds with a huge lack of gender balance: some have only one female on the board, while others are completely absent of any female representation.

“I think those organisations do need to focus [on this], particularly where they represent industries with a high proportion of women,” she says.

“I think that’s definitely something that needs to be worked on, and I think it can be done. You just have to look at the work that John Brumby’s done at MTAA and the work that HESTA’s done.”

Emslie is quick to emphasise, however, that the fund is committed to diversity across numerous elements – and always has been – namely in skill sets, interests and geographic representation Australia-wide.

“We’ve done a lot of restructuring of the board over the years to make sure that we have a good balance of the different industries we represent and the different unions,” Emslie says.
“I don’t know of any fund that’s done as much work in terms of restructuring its nominating bodies and its board as HESTA has.”

In an increasingly regulated environment, Emslie acknowledges a new age of enlightenment among funds when it comes to duty, but says there is still some way to go with boards making change for their members.

“People recognise the importance of transparency and demonstrating that we are good fiduciaries. I don’t think necessarily there’s a lot of evidence about boards changing their structure to represent the interests of their members and employers.”

In late February, HESTA was granted its MySuper licence, the product for which will be the current default for the fund, HESTA Core Pool. Emslie says the fund already had a lot of the requirements in place, which didn’t leave much extra work to do this year. She points to the contribution of one of the board’s two sub-committees, namely the governance and remuneration committee, regarding its Stronger Super readiness. The other sub-committee is focused on audit and risk.

“Those committees do a lot of the detailed work on those issues,” says Emslie, acknowledging in particular the work of the governance and remuneration committee around training policies, expectations of directors and recruitment and nomination processes.

A couple years ago, the board undertook a review of its investment governance and where it was headed. Asset allocation emerged as an area requiring greater consideration. The board dispensed with an investment committee because it found that it had the potential to disenfranchise the half of the directors not involved.

“We found that we had one group of people that was very involved and in the know, and the other group that wasn’t necessarily but still had questions that they wanted to ask, and often a lot of work could get doubled up again at the board,” Emslie explains.
The directors decided the fund’s investment is a core business of the board, and they try to keep discussion at the strategic level, focusing on strategy portfolio design and performance, and delegating implementation and operations to management. “And that’s been a process over time to get the balance of what that is right,” notes Emslie.

The board will see a manager at the end of the selection process to make the final decision, but Emslie says there’s no so-called “beauty parade” or line-up of managers. “That’s done by our investment and governance units and our asset consultant,” she says. “[They] do all of that selection process and bring the final manager to be selected to the board for a final decision, with all the rationale behind that.”

In place of the investment sub-committee and on the back of the review, HESTA set up an investment advisory panel, which includes three board members and two external participants with appropriate investment expertise. HESTA’s asset consulting and internal investment teams are also involved.

“That’s really like a think tank or thought-leadership group to really just kick around new ideas and test out our asset allocation and our thinking,” says Emslie, adding that she’s pretty pleased with the results so far. “It’s not a decision-making body in any way, shape or form, but it does feed into the asset allocation discussion, dynamic asset allocation and also strategy, sector review areas.”

On its investment approach, Emslie says the fund isn’t different to many others, with quite a large allocation to unlisted assets and infrastructure, as well as “quite a bit in opportunistic debt”.

All of its investment management is done externally, but Emslie hints at other changes in relation to time savings. “We’re more to looking at how we can, particularly with some of our unlisted investments, move away from fund-to-fund products because they’re expensive, and ways in which we can save money there by having our team involved internally in a different way.

“That’s not necessarily direct investing, that’s just doing some of the things that perhaps fund-to-fund managers might have done and it’s also about possibly co-investing. That’s about efficiency, I think.”

Cost efficiency and survival of the biggest

Meanwhile, Emslie says HESTA has a very strong focus on driving down fees. It developed “quite a sophisticated model” called MER for alpha, which assesses each of the fund’s investment managers against their fees and what they deliver.

“In some cases, we have terminated managers because we don’t feel that the fees that we’re paying them justify the return that we would get from them,” says Emslie.

“It’s quite a complicated model developed by our investments and governance unit, but obviously it was approved by the board, and it’s something that we refer to whenever managers are selected, and also we look at it for asset classes as well. How much does it cost to be in this asset class, how much return are we going to get?”

Elsewhere, Emslie flags other challenges, in particular the “competitive marketplace”, and how the differences between funds are narrowing out, mainly for the smaller funds.

“[It’s] going to be challenging, because they’ll need more resources to manage the compliance issues,” she says. “It’s really just the next step up in sophistication, and some smaller organisations perhaps haven’t gotten to that level of capacity internally yet.”