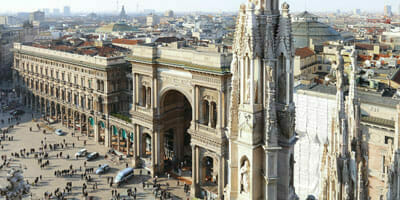 The European Securities and Markets Authority (ESMA) has developed a set of high level principles with the aim of encouraging the proxy voting industry to develop its own code of conduct.

Speaking at the ICGN conference in Milan, the head of the investment and reporting division at ESMA, Laurent Degabriel, said it will set a deadline of two years for a code of conduct to materialise.

The high level principles are:

“It is a new thing for us to come up with a code of conduct, and it is important that it is drafted and owned by the proxy voting industry. We are at the beginning of the process. If after two years the result is dissatisfactory, ESMA can consider a different regulatory approach or the EC may consider taking action,” Degabriel says.

The proxy voting firms participating in the panel, Glass Lewis and ISS, both agreed with concept of a code of conduct. Katherine Rabin, chief executive of Glass Lewis, which is a fully owned subsidiary of the Ontario Teachers Pension Plan, says she was very supportive of developing a code of conduct. “We think it will facilitate a better understanding of the voting process,” she says. “I’m also excited about the prospect that the code will create a platform for other issues, particularly the ‘plumbing’ issues that effect many participants.”

The panel also discussed the misunderstanding of the role of proxy advisers among the wider community, as well as the use of them by investors. Frank Curtiss, head of corporate governance at RPMI Railpen, says the fund uses many advisers, including Glass Lewis and Manifest, as well as Governance for Owners for engagement in Europe and Japan.

Railpen, which has been an active voter of its UK holdings since 1992, also has a voting and engagement alliance with fellow UK asset owner, USS. If the two investors are to vote no or abstain from a vote, they write to the company beforehand to explain why. “We are invested in 2000 stocks around the world, and we have a team of two people on voting and engagement. We have to have a system of filtering and streamlining that, so we turn to external proxy advisors,” he says.

He says the work of ESMA, and the focus on full transparency is a good thing and a code would be helpful.