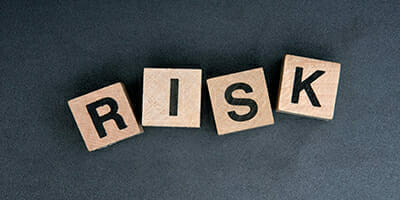 The risk parity approach to portfolio construction might not deliver results in a “bull stockmarket,” but remained a “robust and rigorous” methodology which also “managed risk regret over time.”

These are the views of Wai Lee, chief investment officer of quantitive investment at New York-based fund manager Neuberger Berman, who was recently named winner of the 2012 Peter L Bernstein award for his article “Risk-Based Asset Allocation: A New Answer to An Old Question.” The article also won an award from The Journal of Portfolio Management.

Wai Lee’s article looks at new approaches to portfolio construction, from minimum variation to risk parity to maximum diversification to equal weighting, and follows on from his earlier work on “de-mystifying” risk parity.

Lee told top1000funds that at Neuberger Berman, which has US$203 billion under management, he was increasingly using risk parity to help clients construct their portfolios, but “tailored for clients because one size does not fit all.”

Risk parity portfolios allocate risk rather than capital, with the inevitable consequence of reducing the portfolio’s allocation to equities, and increasing the fixed income component.

“The risk parity portfolio takes equal risk on every position so that is a differentiator with other portfolios,” says Lee.

“In our portfolios, there are two measures of risk, one is volatility and the other is tail risk, so that means that when we construct a portfolio we have a volatility parity and a tail risk parity which combines with that to deliver an ultimate risk measure.”

Lee acknowledges that while risk parity portfolios have proved resilient in the market turbulence since 2008, suggestions that it was an approach best suited to bear markets were “over generalized.”

“We like risk parity because it produces robust portfolios,” he says.

“But people who criticize risk parity for that are hindsight buyers who only now realise what a great market we had pre- 2008.”

Lee said he liked the risk parity approach because it took account of risk over time and managed “the risk regret.” Neuberger Berman advocated a three year investment horizon to its clients.

“No investor will say that they are anything but long term, but we don’t believe that anything more than three years is effective, because according to our research after three years the benefits from diversification begin to decline,” he says.

“So we see that if you hold anything beyond three years the additional benefits will be very small, so risk parity requires some dynamic balancing over time, with assets moving in an out of what are often very liquid portfolios.”

Lee acknowledged that risk parity was an effective strategy for investors “with no conviction” on the market direction.

Because risk is allocated equally across asset classes, he sees the approach as “a very good starting point” to investors, who may then change their portfolios as their convictions develop.

“Only when you have a very high conviction on the market direction might you want to deviate from risk parity,” he says.

“But to do that, I always recommend that clients go back to the basic rule, of knowing their universe and understanding their investment goals.”