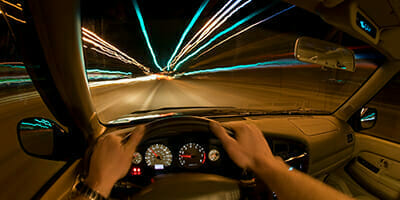 The €2.3-billion ($3-billion) assets at the Volkswagen charitable foundation in Germany are powered by portfolio theory and diversification.

The foundation is so keen on modern portfolio theory that its founder Harry Markowitz gets a mention in its annual report.

Chief investment officer Dieter Lehmann says he is sure “that his correlation analysis isn’t correct at each point in time, but as an average it is correct.”

The foundation, which despite its name has no affiliation with the modern-day Volkswagen company, being formed from the proceeds of a privatisation of the firm in the 19050s, has tried to implement a wide diversification of its assets to adhere to these principals.

It is most evident in the geographic spread of the foundation’s assets.

A mere 15.3 per cent of its $740-million equity holdings are invested in Germany – a proportion outstripped by its investment in both South East Asian and US equities.

A similar story is true in bonds, with a modest 29.4 per cent of its approximately $1.9-billion debt portfolio tied up in domestic government issues.

Some 57 per cent of its $556-million real estate portfolio is held in German properties – another modest proportion in an asset class where investing at home is usually much less complex.

The foundation made $211 million from its asset management in 2011 – by all accounts a good return in a turbulent year for investors.

Its penchant for diversification is starting to take it into emerging market bonds, with a recent $91-million allocation to the asset category.

Lehmann says that the foundation’s response to the eurozone crisis has naturally been to gain more foreign currency assets. These have been hiked from a long-term average of between 12 and 19 per cent to above 30 per cent.

Acquiring foreign-currency holdings is currently a necessary inconvenience for the foundation.

This inconvenience arises from Lehmann’s admission that the foundation prefers to manage assets in house, but all foreign currency holdings are mandated to external managers.

The net result of this is that it is easier, and cheaper in Lehmann’s opinion, to run passive in-house portfolios.

Passive management also suits portfolio theory better, he adds, “so you aren’t investing in assets that will later change and ruin your correlation analysis”.

The Volkswagen Stiftung’s bond holdings are run passively to match certain sub-sets of figures from indices, rather than match any one index – an approach it labels ‘semi-active’.

That allows a tie to indices but creates added flexibility.

The bond holdings are invariably held to maturity due to another important condition in foundation law.

Only ‘ordinary income’ – bond interest, dividends or tenant income – can be used for grant making.

Profits from asset sales, on the other hand, have to go onto the capital sheet. That is not to say these returns are neglected, as maintaining the real value of the foundation’s capital is an important objective.

The search for ordinary income has an impact on which asset classes that the Volkswagen Stiftung can use.

Investing in private equity, for instance, carries a risk that regulators might scrap its charitable tax status as this would draw commercial income.

Hedge funds is another thorny asset class for the same reasons.

The foundation asked its local fiscal office in 2005 for permission to invest in hedge funds and private equity, with the foundation having identified their use as boosting diversification.

The fiscal office was sympathetic and it was granted permission to invest a maximum of 10 per cent in alternatives.

Three different fund-of-fund managers could not provide the returns that the foundation was looking for in a hedge fund portfolio, however, and the holdings were scrapped in 2010.

Private equity holdings have been less disappointing but Lehmann says the foundation has no desire to increase the 3.5 per cent stake in this category.

Matching the kind of private equity investments commonplace for US foundations would in anyway be “impossible” for a German foundation in any case, Lehmann says.

A definite goal of the foundation is to reallocate the real estate portfolio towards a greater exposure to European office properties.

Given that over 15 per cent of the real estate portfolio is invested in Holland, over 10 per cent in France, and 5 per cent in Belgium, the customary geographic diversification is evident here.

The current real estate portfolio ties in neatly with the foundation’s charitable interests.

Scientific institutions let two of its key office holdings, in both London and Washington.

Likewise, an eye-grabbing investment in a historic palace in the foundation’s home city of Hannover is set to tie the grant making side of the business to the investment income.

Conferences, workshops and summer schools that the foundation sponsors might be held in the conference center of the reconstructed Schloss Herrenhausen.

The palace was destroyed in a 1943 air raid. Lehmann says the Volkswagen Stiftung can bank four per cent annual returns by financing the rebuilding project.

Publicity for the foundation from conference delegates and the public visits to the palace museum is also a way to profit from this unique investment.