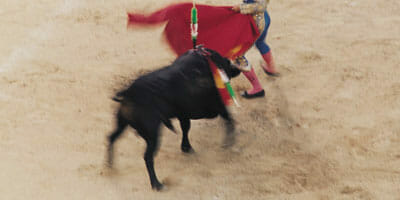 The Spanish Social Security Reserve Fund is set to be depleted by another €7 billion ($9.05 billion) before the end of 2012, according to IESE Business School pension expert, Javier Diaz Gimenez.

The $90-billion fund has already been asked by the government for $3.8 billion, which is likely to go towards a raise in state pensions this month.

Diaz Gimenez says “there is no question” that Spanish social security system will run into a multi-billion deficit in December at the latest, when pensioners draw an extra Christmas payment.

“That has to come out of the fund,” he adds.

Diaz Gimenez also says that ballooning unemployment in Spain and sharply worsening demographics make the outlook bleak for the Social Security Reserve Fund. Without deep reform of the social security system, it could be forced to make a number of asset sales in the years ahead, he reckons.

The fund has almost doubled its holdings of Spanish government bonds since 2008 in what many believe to be an effort to compensate for weakened demand for government debt issues.

Spanish sovereign paper totaled a shade under 90 per cent of the fund’s asset holdings in 2011.

“This was a neat way for the government at the time to cover its financing needs but it has created an accounting fiction at the reserve fund,” explains Diaz Gimenez. “If you buy your own debt, you effectively have nothing, so the government has filled a giant piggy bank with IOUs it has signed itself. There was obviously a hope that a financing bridge could be built, but it hasn’t turned out as planned.”

Diaz Gimenez continued to criticise the strategy of the fund, which was established in 2000 to support Spanish social security commitments by investing budgetary surpluses.

“In reality,” he says, “it has just continued the total domestic exposure you have in an unfunded pay-as-you-go system anyway.”

Diversifying abroad or investing in domestic corporate debt or equity would have placed the fund on firmer foundations, according to Diaz Gimenez.

The fund is managed by a committee of senior civil servants and politicians, headed by the Secretary of State for Social Security.

On a pure investment basis, the fund’s mainly long-term government bond focus has been a success.

The fund has earned average annual returns of 4.14 per cent following its inception in 2000.

Critics warn, however, that this strategy is now set to backfire for the fund’s sponsor government.

A sale of bonds to dissolve a section of the fund could flood secondary markets, dampen demand for newly auctioned debt and raise yields at a critical time for the Spanish government.

The fund also stands to lose out from sales in the secondary market due to low prices for government debt, Diaz Gimenez believes.

The fund purchased $14.6 billion of Spanish government bonds in 2011 on both primary and secondary markets with a full spread of maturities.

Any need for the fund to deplete its holdings would also likely reduce its future potential to soak up government debt issues.

Looking for the best deal

She says that the management committee’s decisions are taken with an advisory committee and “always takes decisions in the best market conditions”.

The fund is obliged to ensure all assets are of “maximum credit quality”, Gonzalez-Roson explains.

Octavio Granado, who was Secretary of State for Social Security until the end of 2011, has defended the recent strategy of filling the fund with debt from Madrid by arguing it is looking to profit from the higher yields on offer.

The $3.8 billion that the Spanish government has requested from the fund will be financed from coupon returns and asset appreciation. The fund has amassed over $18 billion in coupon returns since its inception.