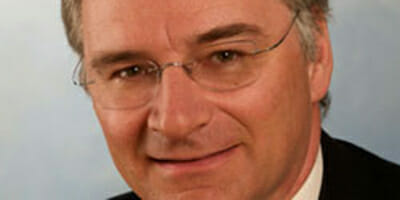 Austria is a country with a strong tradition of innovation. That can be sensed through its nineteenth century industrial emergence to Gustav Klimt’s secessionist art movement in turn-of-the-twentieth-century Vienna and the Austrian school of economics that later spawned monetarist pioneer, Friedrich Hayek.

The APK pension fund is these days adding to the list of those Austrians challenging conventional wisdom.

Böhm is no fan of the rigid portfolio structures typical of continental Europe and no asset class is taboo.

Value and implementing assets into APK’s risk profile are the only limits.

This leads to a hands-on approach that utilises APK’s internal management operations – as well as managing around 25 per cent of assets internally, mainly in government bonds, the fund runs its own currency overlays.

“We are 100 per cent responsible for the whole portfolio, and we look at the whole picture all the time, every day”, Böhm adds.

One of the ways in which APK has caught the investing world’s attention in recent years was in buying distressed US mortgage-backed securities into its portfolio.

The subprime securities never totaled more than 1 per cent of APK’s bond portfolio. They have offered a good cash flow and good nominal returns, Böhm says, and APK has since largely cashed out of these positions.

Böhm says APK leapt into the troubled securities in the aftermath of the financial crisis when realising “there was an image factor deterring other investors” and leading to undervaluation.

Böhm believes that “if you pay attention to the valuation figures, keep an open mind and have a good access to the markets, you can identify a lot of assets offering good opportunities.”

In an investment environment with low returns, “this is a necessary exercise”.

APK has also been noted for making ambitious moves into emerging markets.

Over 70 per cent of the fund’s $1.04-billion equity holdings are in companies outside the eurozone.

The fund went overweight on Asian stocks in 2011, along with US equities, while the euro crisis began to play out. It also moved into emerging market bonds as a substitute for bonds in troubled eurozone countries such as Ireland, Portugal and Greece.

Böhm says that APK has been further increasing its emerging market portfolio, but tailoring its composition as it gains experience in the asset class. The fund has recently been reducing its exposure to “overvalued” emerging economies.

“We have to be wary of a lot of things with emerging markets, particularly markets that are strongly tied to commodity prices”, he explains.

Sticking to a value-investing approach

Innovation at APK takes place around what is a conventional-looking core portfolio, with 42 per cent of assets in bonds and 31 per cent in equities.

Chunky positions are taken on both money markets, in which 13 per cent of the fund is placed, and absolute return, which accounts for 10 per cent.

The fund’s interest in alternatives comes from its pessimism in the potential for investing returns in classic asset classes.

“We take a broad view on alternatives. We always try to beat our bond returns with lower risk assets,” Böhm says. “That means we need alternatives that sit well with our long-only portfolio.”

Sometimes APK’s interest in an asset class runs up against its golden rule of sticking to a value-investing approach.

Böhm speaks of APK’s desire to increase its real estate portfolio in the long run, currently a modest 4 per cent at roughly $124 million. But, he says, “not at any time or at any price”.

He explains that “at the time being it’s not easy for us to identify real estate investments with very reasonable prices, so we look for certain niches.”

Is a major investor situated in the center of Europe not well placed enough, though, to take advantage of the continent’s struggling real estate markets?

Pension funds like APK have traditionally focused on European office and retail real estate markets for both investment and regulatory reasons. Böhm feels that a resilient core office market “isn’t a good option at the moment” and retail holdings are the ones APK has found itself concentrating on recently.

Over the past year the most significant changes at APK have been a reduction in the fund’s eurozone bond portfolio. Government bond holdings have been reduced to the Austrian regulatory minimums, with corporate debt being bought up as a substitute.

Emerging market, high yield and investment grade bonds are other types of debt that Böhm says APK has been “very active in”.

APK has also implemented an overlay strategy in its equity portfolio to limit risk.

The pension fund will soon be able to publish its 2012 performance figures and Böhm indicated that these should be very good, barring a major upset before the end to the year.

Up until the end of the third quarter, the fund was outperforming the rest of the Austrian market by as much as two percentage points. Importantly, 2012 should allow APK to post positive returns after a minus 2.5-per-cent performance in 2011 – although that was still better than the Austrian pension fund average, as Böhm likes to point out.

The overall performance figures are not the most important for APK’s employer customers, who are bundled into different accounts. Several of these accounts boast double-digit returns so far this year, Böhm says. With returns like that, even more investors might pay attention to APK’s future innovative investment moves.