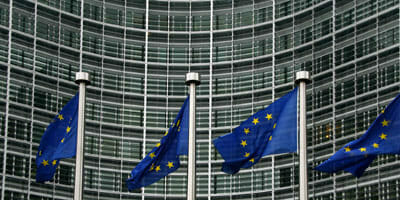 The European Union is threatening to drive pension funds out of real estate investments, experts warn.

That could be one of the undesirable results of plans to put pension funds under new risk regulations akin to the Solvency II requirements for the continent’s insurers.

What most concerns John Forbes, a PriceWaterhouseCoopers real estate expert, is the European Commission’s determination to require investors to hold enough capital to cover a 25-per-cent drop in the value of their real estate holdings.

Forbes says that the application of this level of market shock “would be as unappealing to defined-benefit pension schemes as it is to life insurance companies.

Disputing the value of market shocks

The European Insurance and Occupational Pensions Authority (EIOPA) is charged with advising the European Commission on a new European directive for pension funds.

A point bothering the European pensions industry is the crossover from EIOPA’s recommendation for pension funds to the proposed Solvency II regime for insurers.

This is designed to prevent insolvency in the case of more financial crises.

The need for pension funds to cover a 25-per-cent market shock in real estate holdings, for instance, is a Solvency II proposal that made its way into EIOPA’s assumptions for an impact study of the new pension regulations.

The real estate-investment industry argues that 15 per cent is a more realistic measure of the average volatility of European real estate to market shocks.

It claimed in a joint submission to the impact study that the 25 per cent figure is based on “flawed data”.

The Federation of Dutch Pension Funds has said in an EIOPA-consultation response that they “plead to decrease the proscribed stress levels” around property investments.

This effort to get the European Commission to soften effects has been met by a “cursory and rather unhelpful response” says Forbes.

European pension funds with more than €2.5 billion ($3.2 billion) in total assets currently hold 8 per cent in real estate on average, according to Mercer.

There is continued confidence that real estate can hedge against both unexpectedly high and low inflation.

Stephen Ryan, a principal at Mercer, says that real estate allocations in Europe have begun in the past few years to creep back towards historical highs. Ryan reckons that this trajectory is threatened by the proposals from Brussels.

He says that “allocations in the double digits used to be fairly common across Europe, but you might never get back up to that”.

Other alternatives, such as absolute-return strategies, are less tarnished by the proposals and stand to benefit from any outflows, Ryan says, whereas “real estate seems to have been lumped together with equities.”

The consultants’ figures show that UK pension funds are actually alone in wanting to increase their real estate holdings in the near term on the whole.

This forms part of a trend to diversify away from equity-heavy funds.

As the UK’s largest fund, the BT scheme has some $6.6 billion in the asset class, most of which are direct holdings in core UK office and shop complexes.

Generally, only the biggest pension funds have the means to take direct real estate holdings, meaning that they could be disproportionately affected by any regulatory impact on the asset class.

Ryan reckons it might be medium-sized funds that invest in pooled-property funds that are the biggest losers, however.

He says that if the proposals pass unchanged, there will be a disincentive to invest in traditional pooled funds and directly held buildings. This capital could potentially be diverted to real estate debt – which is treated much more favorably.

Larger funds might find it easier to finance such debt offerings.

Ryan explains that smaller pension funds could also be disadvantaged by a requirement for each investor to models its own solvency.

In the insurance industry, smaller firms that lack resources to run their own models are set to be stuck with a less flexible standard formula under proposals from Brussels.

“There might be a two-speed world for real estate allocations between large and small defined-benefit pension funds,” Ryan suggests.

Breaking promises not to ‘copy and paste’

Great frustration is being vented at the process in Brussels.

Pension funds across the continent complained to EIOPA that the very idea of providing any capital as a buffer against higher-risk assets is unnecessary.

The $2.7 billion Deutsche Post Pensionfonds from Germany said in a recent consultation response that “in the current environment where interest rates are kept extremely low due to artificially low reference rates and exceptional quantitative easing measures, a Solvency II-approach would lead to unaffordable capital requirements. We do not see any argument why this should be considered as risk-oriented.”

Many have also argued that enough support is already provided for pension funds to avoid insolvency.

The European Federation for Retirement Provision (EFRP), a grouping of national pension fund associations, has accused the European Commission of breaking promises not to ‘copy and paste’ insurers’ Solvency II requirements into new rules for pension funds.

As things currently stand, pension funds look likely to face the same demands as insurers over the next few years.

The regulation – as is on the table – seems poised to push pension funds out of high-risk assets across the board.

Only government debt is classed as risk-free and therefore not in need of a capital buffer under the proposals.

The EFRP calls this decision “remarkable” on the basis of the recent European sovereign debt crisis. Ryan says “there are highly indebted governments out there whose paper is surely no safer than prime real estate”.

The EDHEC Risk Institute has warned in an academic paper that corporate bonds rated BBB or lower would be unappealing under Solvency II requirements.

It argues that the capital needed as a buffer for such high-yielding bonds would be excessive for the returns expected.

As many bonds issued for infrastructure projects are rated BBB or lower, the requirements could also threaten a concerted effort to encourage pension funds in the UK to invest in the asset class.

Equities would be significantly disadvantaged should pension funds face the Solvency II requirements.

The BT Pension Scheme foresees in its EIOPA-consultation response “a substantial disincentive for long-term investment in corporate debt and equity, which could have permanent impacts on the willingness of pension schemes to invest in the wider corporate economy”.

Forbes argues, however, that pension investors will need to stick to their risk appetite in spite of what emerges.

He says that “if pension funds do not generate returns, they will get further and further behind. You can’t just invest in government debt”.

Funds would have the option of passing some of the cost of capital buffers on to members by asking for higher contributions or cutting payments.

Those lacking the capacity for that might struggle with the financial demands of retaining their current risk profile though.

Forbes is far from alone in saying that applying requirements similar to Solvency II “generally will hasten the demise of defined-benefit pensions.”

Defined-contribution schemes will not be covered under the new directive.

The European Commission plans to issue a draft pension-fund directive in the summer of 2013.

The pensions industry claims that this does not allow enough time to produce cohesive plans or respond to their concerns.

The European Insurance and Occupational Pensions Authority has indicated that it would like to launch further studies to assess the impact.

However, the indications on whether their hopes can be realised are far from clear.

Suspicions remain that the European Commission is determined to force a version of Solvency II on pension funds.

The Commission possibly wants to placate insurers that have dominated retirement-savings markets in countries such as France and are unwilling to compete with pension funds free from Solvency II requirements.

One thing for certain is that until a directive is presented, it will be difficult for investors to plan around it.

For instance, the speculation that investments into real estate or infrastructure could be redirected into loans depends on how such loans will be viewed by the new pensions directive.

Forbes argues that as the treatment of loans of this type is not clear yet, such speculation is premature.

Likewise, some lower risk real estate funds hope to gain exemption from a 25-per-cent volatility assumption, but there is no indication of this yet.