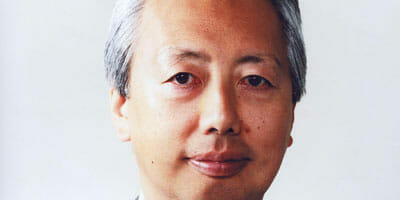 For many years Japan has been an insurance-market behemoth and Japan Post Insurance Company is one of the giants with $1.13 trillion.

But the industry has not been immune to change. Between 1997 and 2001 seven life insurance companies became insolvent, and there is a question mark over whether it was a low interest-rate environment that caused this fallout.

Given that history and the current low interest-rate environment, investment risk manager at Japan Post Insurance Company Ryujiro Miki, who will speak at the Conexus Financial Fiduciary Investors Symposium, says it is worth exploring the potential effects on the insurance industry.

However, the bond market in Japan is unique in that 92 per cent of the nation’s debt is domestically owned. Furthermore, the Japanese government owns 40 per cent of the banking system directly, and about half of government bonds are held by government-owned institutions.

“Japan owns the bond market, external debt is very tiny; we are self sufficient,” Miki says.

“Since the peak of interest rates the Japanese industry has been trying to get rid of excess capacity so inflation has not been an issue but deflation has been… The debt-to-GDP ratio is 200 per cent – much worse than Greece – but the net-debt position is half that.”

The Japanese government is looking to sell the stock of a number of holdings in order to recapitalise after the earthquake, most recently the airline, and Japan Post Group is on its list.

The potential listing has great consequences for the market more widely. If it lists and diversifies its asset allocation away from domestic bonds, it could have an effect on interest rates.

Back in the 1980s interest rates were deregulating but there were also a number of structural issues that contributed to the demise of the seven insurance companies, worth about $120 billion. These included financial deregulation and globalisation, a maturation of the death-coverage market and fierce competition for private insurers to raise assumed interest rates to struggle against public insurers.

In the 1980s insurance coverage was meeting its limit, according to Miki. While interest rates were deregulating, investment-style products were becoming more popular.

“Investors wanted high-return products and insurance companies were competing against the mutual-fund industry,” he says.

But really, Miki says, it was the absence of risk management, and asset-liability modelling, that led to the failures in the 1980s, not low interest rates per se.

“Under the circumstances, there was too much rapid expansion and concentration on risky assets, but there was a lack of corporate governance, an absence of risk culture and good management,” says Miki, who at the time was in the investment-planning department at one of Japan’s private insurance companies.

One of the main lessons from that time is that asset-liability modelling is the key to hedging interest-rate risk, Miki says, but he believed enterprise risk management, or lack of it, was the real cause of the insurance companies’ demise.

“It wasn’t the bubble bursting alone, but bad management also,” he says.