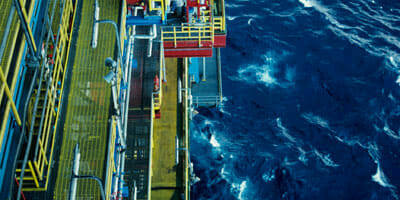 Last May, when Norway’s Government Pension Fund Global bought 4 per cent of the Formula One motor racing group from private-equity firm CVC Capital Partners, its goal was clear. The sovereign wealth fund, which invests Norway’s oil revenues, wanted the inside track on Formula One’s IPO in Singapore, scheduled for June. Instead, the GPFG’s foray into grand prix rapidly hit a roadblock, as volatile equity markets forced the flotation to be delayed.

The setback barely registered at the Oslo headquarters of Norway’s central bank, which manages the fund, founded in 1990, on behalf of Norway’s 5 million people. After all, the GPFG currently holds assets worth about 3.7 trillion Norwegian kroner ($640 billion), and vies with the Abu Dhabi Investment Authority as the world’s largest sovereign wealth fund. With Brent crude oil futures selling at more than $110 per barrel in September, Norway’s fund is also gushing liquidity. In the second quarter, the government poured $12.5 billion of oil revenue into the fund, mostly from StatOil, the state-controlled petroleum group.

Nonetheless, the Formula One deal is emblematic of the fund’s need to discover something even more valuable than oil: riskier, but potentially higher growth investments. At present, the fund is required to return 4 per cent of its value each year to the government budget. The central bank’s governor, Øystein Olsen (pictured right), believes that in a global downturn, that 4-per-cent rule effectively short-changes the next generation of Norwegians.

“The real return on bonds in the fund’s portfolio can now be estimated at 1 per cent,” Olsen declared last February in his annual address. “With a normal risk premium on equities, the real return on the whole fund can be quantified at 3 per cent… If the return on the fund actually proves to be 3 per cent, we will have drained almost $174 billion from the fund over the next 20 years with the current 4-per-cent rule.”

So far Norway’s parliament, mindful of voters demanding more public expenditure in hard times,  has refused to heed the governor’s advice that a 3-per-cent target is more realistic.

“It is difficult to obtain a large excess return within a fund as large as the GPFG,” acknowledges Jan-Tore Sanner (pictured above left), vice-chairman of the parliament’s finance committee, which monitors the fund. Sanner suggests the GPFG’s investment team should “seek other markets in order to meet the 4-per-cent real-return benchmark”.

A theory of relativity in practice

That is precisely what Norway’s central bank intends to do. At present, the GPFG allocates 60 per cent of its portfolio to equities and 40 per cent to bonds. Under a new investment mandate issued in March, the central bank aims to reduce Europe’s share of the portfolio in the coming years from about 50 to 40 per cent in equities, and 60 to 40 per cent in fixed income. Meanwhile, the GPFG will start buying emerging-market debt and increase its equity exposure in developing countries from about 9 to 12 per cent of the stock portfolio. The fund will also switch from a regionally weighted capital allocation – the reason why Europe and therefore the troubled eurozone, Norway’s largest trading partner, looms so large on the balance sheet.

“There is no fixed regional weighting anymore,” says Øystein Sjølie, the fund’s spokesman. “Instead, the allocation is determined by the relative market capitalisation of each market.” To avoid skewing the fund’s focus too far from its historic investing regions, the mandate then adds a factor adjustment of 2.5 for “developed European markets, 1 for the US and Canada and 1.5 for other developed markets” and emerging markets.

As he attempts to fulfil the new mandate, three challenges confront Yngve Slyngstad, the fund’s cerebral chief executive. The first is purely technical. Any shift by a fund this large in a fresh direction could excite unwanted attention from investors if it is not handled discreetly and incrementally. Slyngstad – a former philosophy student – is not in the business of moving markets if he can help it.

The second challenge is persuading Norway’s citizens that the new mandate sets the right course for the fund in a hazardous investment climate. To Norway’s credit, the fund sets a standard of transparency that few asset managers, let alone sovereign wealth funds, can match. Ordinary Norwegians can check the year-end valuations of every stock and bond holding on the fund’s website or raise their blood pressure by watching the portfolio’s real-time market value shoot up and down on the home page.

The problem for Slyngstad and his management team is that when investing times are bad – as they mostly have been since he took charge in 2007 – they get hammered by the public. In particular, many Norwegians still cannot fathom why the fund increased its equity allocation from 40 to 60 per cent of the portfolio through the credit crunch of 2007 and financial crash in 2008, largely by purchasing small-cap stocks. This was despite Slyngstad patiently explaining at his public meetings across the country that short-term losses could become long-term gains when stock prices had fallen so low.

Investing under national scrutiny makes the fund’s third challenge all the harder: proving that its chosen new fields, emerging markets and real estate, can deliver those elusive higher returns. Emerging markets may be the riskier venture, because while the fund has small offices in Singapore and Shanghai, it understandably lacks in-house expertise in Asia. There are also investment opportunities in developing countries that the fund won’t touch, either because of its ethical guidelines (the GPFG doesn’t buy tobacco or weapons) or because of Nordic caution. Pakistan, for instance, is considered too unstable to provide sufficient protection for investors.

Low-need liquidity in Paris and London

Real estate, which the fund began buying last year, may represent more promising terrain, even though the asset class is relatively illiquid. This could be to the GPFG’s advantage as a long-term investor, says Stephen Schaefer, professor of finance at the London Business School, and co-author of a 2009 study commissioned by Norway’s government to analyse the fund’s strategy.

“The Norway fund has a very low need for liquidity,” argues Schaefer. “It has a strong revenue stream from oil and is projected to be cash positive for many years to come.”

Norway’s property portfolio, currently confined to London and Paris, boasts an array of fancy addresses. The fund holds stakes in a number of buildings on London’s Regent Street in a joint venture with the Crown Estate, which manages the British monarchy’s historic assets for the benefit of UK taxpayers. Across the English Channel, the fund has teamed up with French insurance group AXA and, more recently, Italy’s Generali Group, to invest in a string of properties in Paris’ upmarket eighth and ninth arrondissements.

To date, the GPFG’s real estate holdings, valued at about $1.9 billion, are a tiny fraction of the fund’s total portfolio. These small beginnings, however, belie the scale of Norway’s real estate ambitions. Between 2012 and 2020, the fund aims to spend $43.5 to $52.1 billion on properties outside Norway, turning the GPFG into one of the world’s largest real estate investors. It is a massive bet on a highly cyclical sector with only one certain outcome: property developers from New York to Sydney can soon look forward to a new Nordic competitor on their home turf.